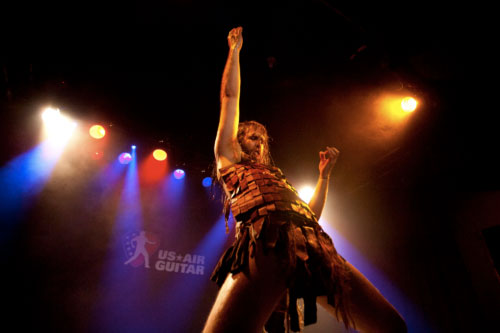 TRM:  First of all,congratulations on winning the World Air Guitar Championships in Finland and your upcoming Dr. Pepper commercial.  When you started playing air guitar, how much time did you spend on it?

NT:  I’ve played air guitar for as long as I can remember, but I didn’t become involved with competitive air guitar until 2006.  When I started training for my first competition I would say I spent at least an hour a day practicing over the course of several weeks.  I knew that I would look a bit silly playing an air guitar half naked on stage in front of a room full of strangers, so I thought, “If I practice hard enough I will actually look like I know what I’m doing.”  Let’s just say I wanted to look good looking silly.

TRM:  Were you self-taught or did you have a mentor or teacher?

NT:  The beautiful thing about air guitar is that anyone can do it, and most people do whether they are willing to admit it or not.  I had a good base to start with, because as I said before, I’ve played air guitar for as long as I can remember.  However, in taking it out of my bedroom and onto the stage would require some fine-tuning.  During my first year as a professional air guitarist I recruited a trainer.  I think it’s important to have someone there to watch your routines and let you know what’s working and what’s not.  This trainer of mine not only helped formulate my very first routine, but he also helped to mold the beast I would become on stage.  My original trainer and I went our separate ways shortly after my first competition, and I’ve since recruited a replacement.  His replacement isn’t so much a trainer as she is a brutally honest critique of my routines.  The only person who sees my routines before they hit the stage is my girlfriend, Cannonball Mavin.  She’s seen several air guitar competitions and even competed on the world stage in 2011, so I trust her better judgment versus my own when it comes to my routines.  She has no qualms whatsoever with telling me whether or not something sucks in my routine during the development stages, and as I said before, you need that sort of honesty if you want to become a world champion. 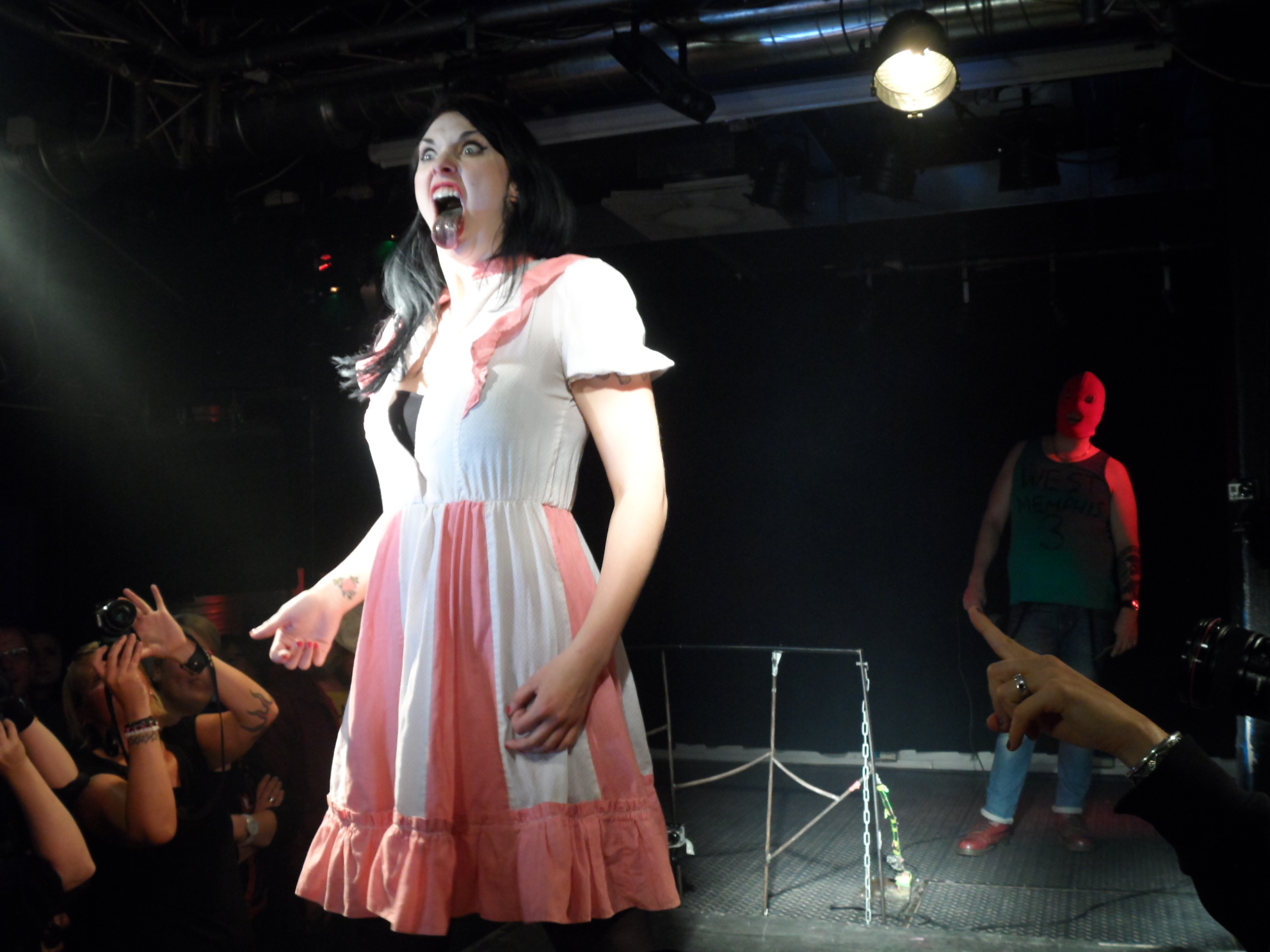 TRM:  Do you play any other air instruments, say air drums while you are driving ?

NT:  At the core of every air guitarist is a lover of music.  After all, without feeling the music coursing through your body, one wouldn’t play an air guitar to begin with.  So with that said, I absolutely play other air instruments.  I mean, it’s impossible not to air drum alongside Neil Peart when any Rush song comes on the radio.  At the end of the day though, I’m a much better air guitarist than I am any other instrument of air.

TRM:  What do you look for in a song when choosing one for your performance?

NT:  It depends on if the song I am choosing is for competition or for exhibition.  If I’m choosing a song for competition I’m only allotted 60 seconds.  So my goal is to jam as much head-banging whiplash inducing rock and roll as I possibly can in 60 seconds.  I’m looking for heavily distorted guitars, lots of technical playing and a totally bitchin’ solo.  I also try to create a story arch within the song’s edit that has a definitive beginning, middle and end.

If I’m choosing a song for exhibition most of the time, I’m looking at creating a routine that’s between 5-7 minutes in length.  I’ve found that the 5-7 minute range is the sweet spot.  It’s also about as long as anyone really wants to watch a grown man play air guitar.  I’ve experimented with structuring these long form edits a few different ways, but what I’ve found to work best is taking an entire album and creating a medley of it.  My favorite medley I’ve created is Metallica’s “Kill ‘em all” album.  I edited it track for track in order down to 5 minutes.  It nearly kills me every time I perform it, but it’s a real crowd pleaser. 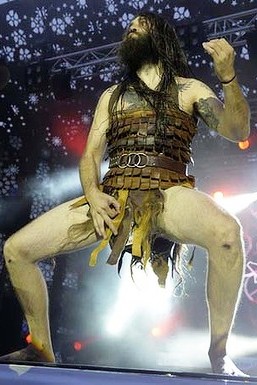 TRM:  Have you ever thought about using Billy Squier’s song, Lonely Is The Night which was used in the movie Couples Retreat, in an iconic Guitar Hero scene with Vince Vaughn.

NT:  That thought has never entered my brain, but that’s not to say it wouldn’t be a good song to compete to.

TRM:  Are there any pre-performance routines you engage in prior to taking the stage?

NT:  I like to be slapped in the face right before I go on stage.  I’ve got two favorite smacks during my career as a professional air guitarist.  The first was right before I walked on stage to win the U.S. title.  I was smacked by the San Francisco air guitar champion at the time, Cold Steel Renegade.  However the hardest and best slap in the face I’ve ever received was when the 2006 World Air Guitar Champion Hot Lixx Hulahan smacked the living crap out of me before stepping on stage to win the 2012 World title.

TRM:  What are your thoughts on using a whammy bar in your performance?   Have you ?

NT:   One thing a judge looks for during an air guitar competition is, how technically sound is the air guitarist.  Does it look like he or she is actually playing the song.  So, if there’s a whammy in the song, the air guitarist better be using his or her whammy.  I’ve been known to play with my whammy on stage more than once.

TRM:  How did you come up with Nordic Thunder as your moniker ?

NT:  “Nordic Thunder” was created in 2006. Once it was decided that I was going to venture into competitive air guitar, I had to come up with a character.  My trainer and I tossed around ideas, but nothing really struck us.  One day I get a call from my trainer who says that he’s got my character figured out and that it came to him in a dream.  In his dream he said I was standing on a cliff.  Waves were crashing against the shore and there was a fierce thunderstorm in the sky.  As lighting flashed and the thunder rolled, in the clouds appeared the name “Nordic Thunder.” The rest is history.

TRM:   If you were not a World Champion Air Guitarist, what would you be doing?

NT:  Air guitar has been the vessel that has delivered me to my life’s purpose, and that purpose is to share happiness with others.  I want to be a good human being.  I want to become inspired by strangers, and, if I’m lucky, inspire them.  I want to live in a world that revolves around peace.  I want to change the world.  As crazy as this all sounds, these are very real thoughts that come out of the imaginary world of air guitar.  Air guitarists are the most genuine human beings on the planet, and it is my belief that if we all treated each other the way air guitarists treat one another, the world would be a better place.

TRM:  I absolutely agree.  Best of luck to you in your upcoming title defense and thank you for sitting down with The Rugged Male today, Monday, April 1, 2013 .. April Fools Day 🙂