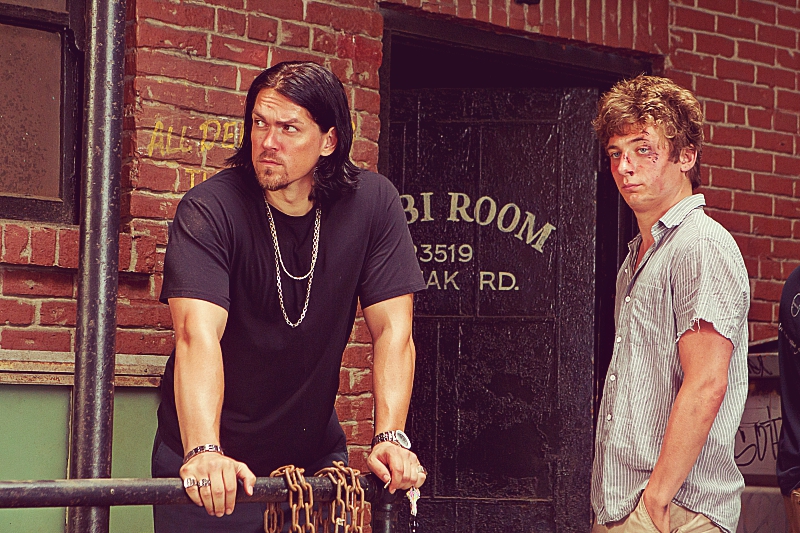 The drive to Studio City from the beach, any beach is no joke. I spent over an hour on The 405 to go 12 miles, (in LA people are frightened of the freeways so we treat them with respect calling them, “The 405” and “The 10”). Feeling like a jackass I texted Steve to let him know I was running late, to which he responded “No prob, I get it”.  About thirty seconds later, he shoots me another text that read, “I’m here, enjoying beer”.   Who knew an actor would be on time for an interview, and this gracious?

We are meeting at the legendary Jerry’s Deli, a 24 hour diner with a full bar that has been proudly serving the nearby film studios and actors for over thirty years.  It’s the kind of place that you miss.  It’s the kind of place that was recently torn down in your town and replaced with a small plate, craft cocktails & douchebags establishment.  In other words, it’s really fucking cool.  Burt Reynolds was a frequent guest, the movie Midnight Run was written there and Andy Kaufman worked there.  Oh and it’s attached to a bowling alley via a window  – nuff said.

Speaking of douchebaggery, I roll into my lunch with Steve Howey fifteen minutes late – classy, I know.  Steve plays Kev Ball on Shameless, Showtime’s successful dark comedy drama. As I take a left into the parking lot I see Steve standing on the sunny corner smoking a cig. I waved hello, parked my dirty truck and joined him for a cigarette.  As I began shaking the cobwebs from my waltz with Jack Daniels the night before, Steve hands me a lighter and says, “I thought actors were suppose to be the ones that were late”.   Clearly there was only one rugged male on that corner. 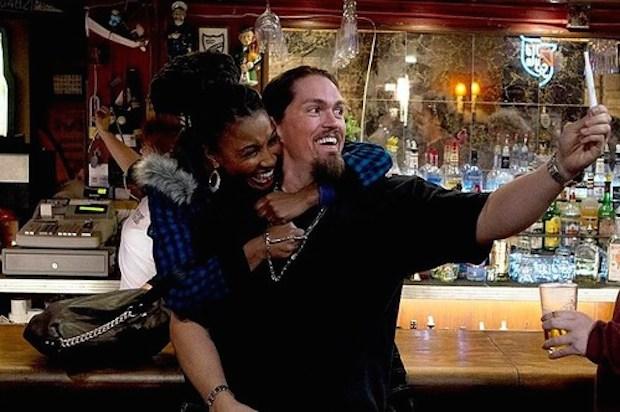 When you walk inside Jerry’s you see deli cases, old booths and those fountain counters with the swivel seats attached to the floor, except this time you’re probably not ordering a root beer float.  We take a seat at the fountain counter facing the bowling lanes.  Steve insists on buying lunch to which I follow his lead and order a Blue Moon.  He was just finishing up a call with Maxim magazine when I arrived which is odd because he previously told me he never does interviews, but Maxim was just a “phoner” he replied.

We began chatting about things like regular guys do.  Being a fan of the show it truly felt like I was talking to someone I knew for a long time.  He’s a mellow dude and a big fella, neither of which was surprising, but what was surprising is that he said he was even bigger when he played college basketball in Colorado.  Steve had a unique and interesting childhood.  His father has been an acting teacher in Los Angeles for decades and Steve got to know people like Patrick Swayze and George Clooney at an early age.  What’s more interesting is that Steve lived on a 67-foot schooner for a good chunk of his childhood.  His parents would sail up and down the coast between Panama and Los Angeles.  When I asked about school he replied, “My home school consisted of my mother saying that when she was done suntanning and with her Mai Tai she would teach me about fractions.”  His dad would say, “Drinking rum before noon doesn’t mean you are a drunk, it means you are a pirate”.  Steve said his parents used to drop anchor for weeks off the coast of Puerto Vallarta when he was 10 years old.  He would swim ashore and hang out in town and do what kids do, figure out how to make some pocket change and get into trouble.  At dusk he would swim back to the boat. 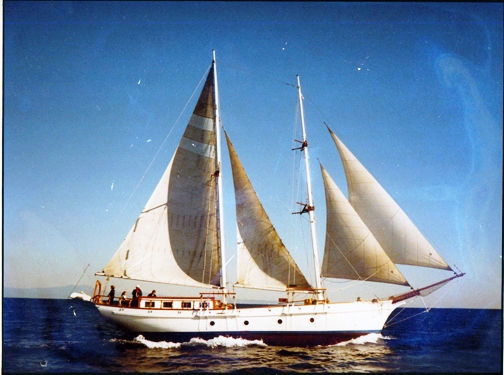 Steve’s parents are still together which explains his pleasant demeanor.  A tough dude no doubt, Steve also has a sense of responsibility, kindness & loyalty that is immediately evident and rare in Los Angeles.  In fact it’s becoming rare anywhere in today’s face-in-phone society. He exhibits the qualities you enjoy in the very best people in your life.  The waitress comes to take my food order, Steve insists on paying again.  I decline and settle into my liquid lunch.  Steve has been married for 6 years to a beautiful wife and has 3 children, including recently born twins, just like his character on Shameless.  When I ask if there was a correlation, he replies with excitement, “No! Life imitates art.”

We were having a ball and I didn’t want to dilute our time or cheapen his generosity by asking questions about Shameless, still not even sure if he enjoys the (awesome) role of Kev.  Steve was generally interested in where I lived, my travels and the lens through which I view the world.  This was extremely refreshing and beats the hell out of having lunch with some suits talking about golf or worse, NFL dorks talking about the draft.

When he gets some free time Steve enjoys playing poker, riding dirt bikes and going to the shooting range.  He has safes full of pistols and revolvers but his self-made AR-15 and Glock 34 are typically what he brings to the range.  Steve shared stories about the cool people he’s met at the range who include ex-military, sheriff and police. Steve has a genuine interest in shooting competitions and respects law enforcement and the military very much.  He is not one of those NRA hard asses that feel the need to carry guns and waive them at anyone who looks at you funny (err.. Florida).  He hates that the proponents of the second amendment often get a bad rap by incidents involving people who are not trained nor have respect for firearms.  Steve is also not into hunting and shared a funny story about how Bill Macy accidentally killed a bear that chased him into his home in Aspen.  In Bill’s defense, he apparently shot into the air and some buckshot hit the bear in the eye.  Steve doesn’t fit the stereotypical model of a gun enthusiast.  “I’m pro 3G”, he says. “Guns, God & Gays, they’re all cool with me”. 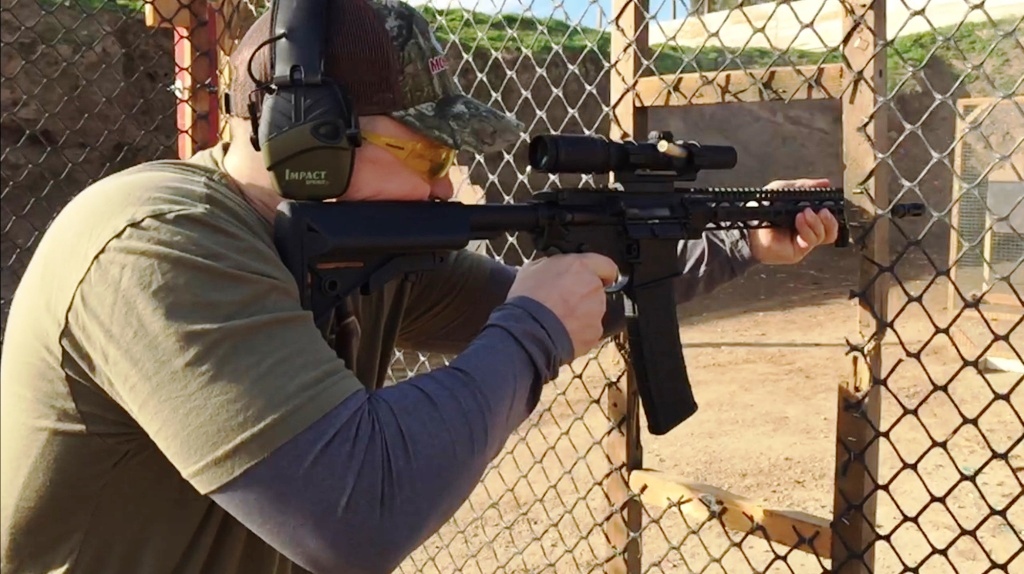 Steve is a bit of a throwback for an actor, like Steve McQueen; someone who is not afraid to do something else for a living if this ride ever stops.  Steve enjoys working on his craft very much and considers acting a privilege and respects everyone around him.  He respects The Rugged Male – the everyday father, who goes to work in the morning, is a good husband, a good friend and kind to strangers.  This is especially nice to see in an age where actors are greeted as if they were Gandhi for appearing in a YouTube short.

When we finally hit on Shameless it was relatively quick.  Steve said he definitely enjoys playing Kev and that Kev is him.  I can honestly say Steve is much more of a deep thinker than Kev but I was happy to hear he embodies the role.  When asked about his most fun scene, he thought for a moment and said,”Probably the backyard pool scene.”  Steve enjoys filming in Chicago and the blue collar nature of the South Side.  When I asked him if he hangs out with any other actors, he said yes.  When I asked who is cool, he replied “That’s a great question.”, (an even better response I thought).  Steve feels Shameless would be more popular if it wasn’t so dark and gnarly.  I disagree.  Shameless is dark and gnarly, and the fact it’s not on primetime is the reason it has garnered a cult following.  Shameless is like the UFC, the first few episodes you get a little squeamish at some of the shit Frank pulls, then you eventually get numb to it, just like watching someone’s brains get beat out of them in a cage.  Steve is a big fan of the UFC and laughs at my analogy.

Shameless is a huge success. As a viewer, you truly feel like these people are part of your lives and generally care about what happens to them. Steve plays the best character on the best show on television in my opinion.  Kev Ball is kind, funny and loyal.  Guys think he is cool, women think he is sexy and the show is on its sixth season.  Not a bad gig.

As we wrap up lunch and start heading to the door I finally bring up the article and ask Steve if he has any thoughts on it.  “Let’s go with the truth”, he replies. “I’m Pro 3G and I was raised by pirates.”
Why wouldn’t we.