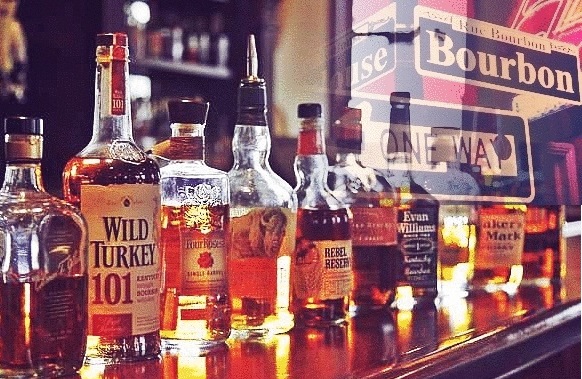 With only a week left in September we would be remiss, (OK, downright embarrassed) if we did not salute National Bourbon Heritage Month.  That’s right, on August 2, 2007, the US Senate declared September 2007 as National Bourbon Heritage Month, by unanimous consent. The bill reinforces the 1964 Act of Congress that declared bourbon “America’s Native Spirit” by celebrating the tradition and deep-rooted legacy that the bourbon industry contributes to the United States.  What a great country!  So happy our national booze is not Cognac or Pinot Grigio.  Not in this country where rifle carrying rugged males like Daniel Boone, Davy Crockett and Sam Houston blazed a trail on horseback with a corked glass bottle of whiskey in their saddlebag.

So with a week left of National Bourbon Month, we offer you the following bourbon whiskey recipes to inspire your patriotism and palette.  We have a tasty and easy to make bourbon cocktail recipe that even the ladies will enjoy, followed by a bourbon chicken recipe.  Enjoy!

Method:
1. Muddle ginger in a mixing glass
2. Add remaining ingredients with ice and shake.
3. Strain into a rocks glass. 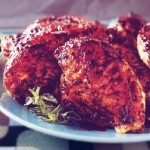 Method:
1. Place chicken breasts in a baking dish. In a small bowl combine the ginger, soy sauce, onion flakes, sugar, bourbon and rosemary. Mix together and pour mixture over chicken. Cover and marinate in fridgerator overnight.
2.  Pop on your grill and cook at low-medium heat until golden brown.