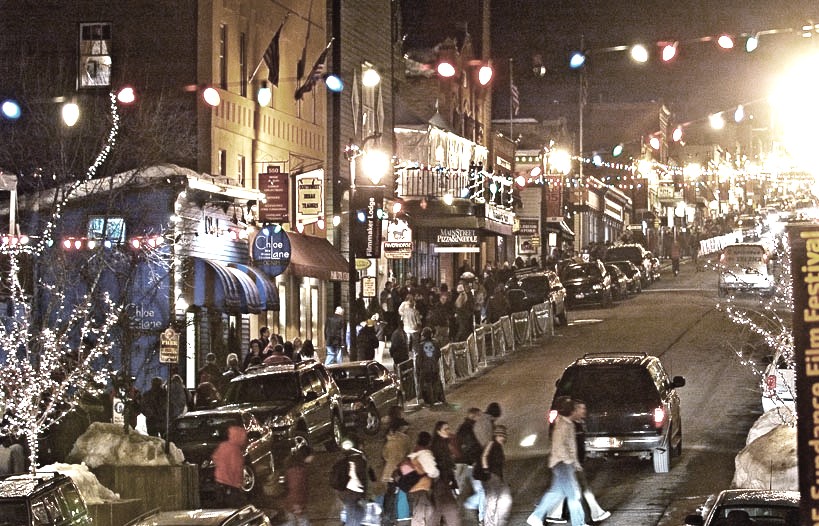 The last few years I have been attending the Sundance Film Festival.  Its a really neat place to go if you are looking to meet people and have a great time.  Everyone is on high alert and happy.  You walk down the sidewalks of Main Street and everyone is making eye contact and smiling.   It truly is a place where you can rub elbows with the Hollywood Elite, in one of the most beautiful and affluent mountain towns in the country.  Park City is very different from the rest of the weird state.  Its where artsies congregate every January to showcase the season’s independent films, attend cocktail parties and flaunt their industry street cred.

The entire weekend I was looking for a theme to share with the Rugged Readers, because reviewing films or film festivals is 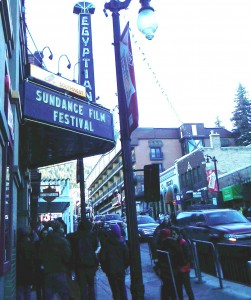 not where we intend this forum to go.  How to behave at a very large & elite social event? – Perhaps.  I may have already touched on one of the takeaways here, but there is another I wanted to share.  If you have never been to Sundance you wouldn’t know about the massive and growing music scene, which I adopt every year as my strategy, or channel for the festival.   There are many channels at Sundance, one for the foodies, one for the movie buffs, one for the filmmakers and of course, one for the partiers (that channel is fun too).

OK, off we go.  On my flight out of LAX I sat in a row of three, with a man between me and a really nice woman.  All three of us were headed to Sundance, like most people on the plane. When the stewardess (80’s term), asked if we wanted any beverages, the man next to me said “I really wish you had some cocaine”.  Everyone within earshot perked up – hilarious!  I knew we were in for an entertaining flight, so I ordered a Jack Daniels, to which my row mates responded with cat calls and oohs and ahhs.   I still don’t know why, it was already several minutes after noon.

We get to talking and come to find out the man seated next to me is a well known movie producer with over 30 films under his belt.  Surprisingly, I even knew some of the films.  I’m not going to mention his name as its just not cool, and would make me look like a tool, now that I just mentioned his cocaine comment.  Here’s one of the takeaways I was talking about.  When you are around famous people you have a responsibility.  If they are cool to you, you need to be cool to them.  If they are not, well, then game on!  Anyway, he was cool, and produced a skateboard documentary and another film about Las Vegas, (there’s your breadcrumb trail).  He had a film at Sundance and shared a lot of insight into how to make, market and finance films, and how often there is an ROI.  All of which was interesting to me and the lovely lady in our row.  He was giving it all up, including his card and his cell number to get together later for drinks – He was a good guy, clearly.  We had a few laughs when we arrived in SLC, walking through the concourse, sharing our love for Sorel boots.

OK, now my Sundance palate has been wet.  My friends pick me up at SLC and I’m ready for some fun, film, food, whatever … I’m primed and ready!  Speaking of prime, our first stop is Prime Steakhouse, to see a good friend who is the resident piano player.  While we are there we receive a tip that John Popper from Blues Traveler will be playing at the Montage tomorrow afternoon.   We take note and continue to drink our dinner in the form of Jack Daniels and Don Julio, standard operating procedure.  Then we run into the gal from the plane and two of her friends.  We bought them drinks and hung out singing along to Folsom Prison Blues and other Americana folk/pop songs served up by house musicians.  Here is another takeaway – When ladies are going to sit with you, you buy them drinks, period.  Its part of being a man, you just do it.  It doesn’t matter if they are annoying, or you will never see them again, you do it anyway, it’s a sunken cost.  If I were a woman I would not date a man that didn’t do this and I’m certainly not friends with men who don’t practice this.  You buy ladies drinks if they are in your group – period. 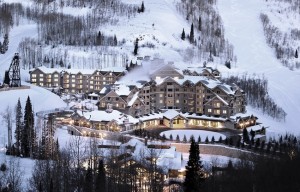 The next day we decided to go up to the Montage at Deer Valley to see if this John Popper rumor was real, as it was not advertised anywhere – All the more reason to go!  The Montage sits halfway up the mountain at Deer Valley, a majestic hotel.  We head up to their Vista Room, this massive rustic mountain lounge, and sure enough there is the big man!  John Popper is gearing up, getting ready to perform to a sparse crowd.  He played a short set, all hits from his Blues Travelers days, which was awesome.  The waitress service was also awesome !  John stuck around after his performance for a meet & greet.  He is super cool and has always loved to talk to his fans, so we chatted for awhile. Some members of my crew had mutual friends with him so he was more than receptive. 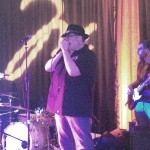 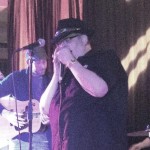 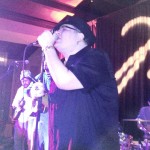 OK, its time to head back to our house and get ready for dinner.  I’m super excited about this because the owners of this restaurant will walk us over to this awesome live music saloon after dinner, allowing us to bypass the line.   I’m not a food critic, I’m not even a food enthusiast so I wont bore myself with details of the dinner.  I expect the food to be good if you are at a nice restaurant, (which it was, very good).  I’m more interested in the ambiance,  large bar, dinner lighting, vibrant scene, tables spaced appropriately  etc., this place had all of that.  Dinner ends and sure enough the owner comes by to walk us over.  Five of us walk through the kitchen and down 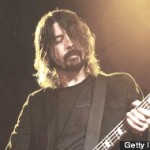 some stairs.  Basically the basements of the two establishments are connected.   Walking down the stairs I see a group of people sitting at a table.  As we get closer I see they are eating dinner – OK, weird.   As we get closer, I see one of the persons is Dave Freakin Grohl !   Holy Shit !   He just finished an amazing semi-private show for his film Sound City, about the legendary recording studio in LA.  He performed with a host of big name musicians, including his former Nirvana band members, John Fogerty, Rick Springfield and Stevie Nicks.  We keep our cool, say hello as we walk by and head to the live music saloon, and of course, thank our escort profusely.

A couple really good musicians are on the bill for tonight, The Steven Roth Band and Andy Frasco, both really fun bands from Los Angeles with talented musicians.  Andy Frasco is insane. No, he is really insane.  Check him out online.  He is one of the best frontmen I have seen in awhile.  He gets the entire crowd into the act.  He even did some crowd surfing.  The music is good too.  He plays keyboards and handles humorous vocals with a saxophonist he calls The Asian Tom Cruise.   Any way, we are having a ball, awesome crowd; everyone is cool, having some cocktails, when all of a sudden I see one of my favorite filmmakers.

In walks Morgan Spurlock, the people’s champ!   One of the funny things about seeing celebrities is that for a split second you think they are your friend because you recognize their face, and if you are drunk, that split second lasts long enough for you to say hello and greet your friend! – Which I did.  We shook hands and I gave him a big thumbs up as the music was so loud you couldn’t hear.  About 30 minutes later, not satisfied with my mime-like greeting,  I asked the bartender for 3 shots of their best tequila for myself, Morgan and his colleague, Vinnie.  We chatted for a bit, he explained his new movie, Mansome to me, which oddly enough is in the same vein as The Rugged Male.  I was pretty stoked, love his work.  I thanked him for his time and went back to my spot at the bar.   Like I mentioned earlier, if famous people are cool to you, you need to be cool to them.  If they are not, then make sure you buy them the cheap shit !

Thank You For Reading !! 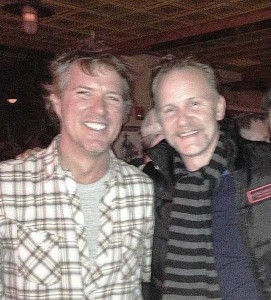