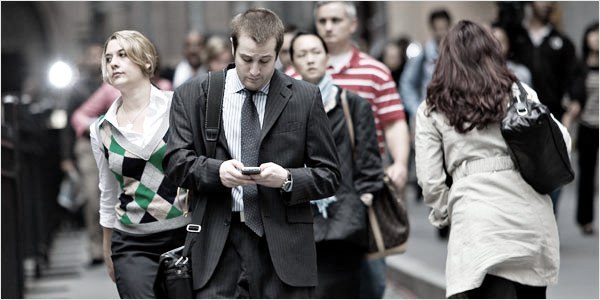 by Max January 10, 2013
Featured, How To, Lifestyle, Women
ShareTweet

With the advent of smart phones comes a whole new set of rules regarding etiquette, especially for the Rugged Male.   No longer do the cellphone rules of old, apply in today’s modern world of walking Rain Men, (I will explain later).   I long for the day when cellphones were used to convey simple messages like,  Meet You There,  On my Way, and of course Thank You.

There is a phenomenon happening out there that is unexplainable, inconceivable, unpredictable and shapeshifting.   Yup, shape shifting, like True Blood or The Twilight Saga.   It happens when a grown man pulls out his iPhone. 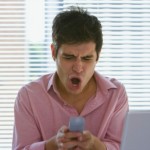 We have all seen it, suddenly, without warning, your pal tunes out the entire world and shapeshifts …  into a 16yr old girl !   Facebook, Twitter, Shazam, Words With Friends – Argghh !    I thought we were going to have lunch together, you know, like they did back in the 90’s ?!   I am absolutely shocked how many of my friends, who are intelligent and polite, do not understand how rude their phone skills are, and how much of an ass they look like playing with their phone.  They look like Gollum in Lord Of The Rings – Precious, My Precious !

Now there is a lot of low hanging fruit out there.  I will do my best to skip the obvious, driving, movie theater, etc., and attempt to list my favorites.  Here we go :

As Ferris Bueller says – “Life moves pretty fast. If you don’t stop and look around once in a while ….you’re just another douche with an iPhone”