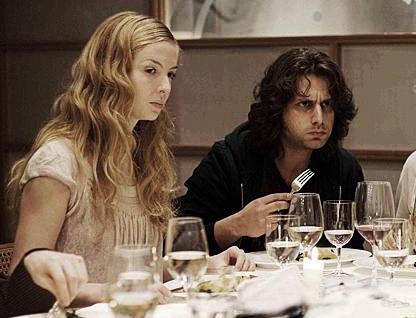 This is how a man reads a menu.  We read each item, one at a time.  When we see something we like, we read the description, UNTIL we see a word that we dont understand, like fennel or chimichurri or shiso, THEN we move to the next item.  This continues until we make it to the bottom of the menu, then we go back to the top and repeat the process with the same results. Yup, we’re insane.  This may be subconscious, it may be conscious, but it surely happens.

Annoying words on menus frustrate us when we take our lady out to dinner, or lunch, or hell, even breakfast!  We thought it would be useful to try to explain what some of these words mean, and expose some of them for the frauds that they are, put there purposely by some fancy man to make us look  bad in front of our dates !

Andouille – [an-du-e] – a French smoked sausage made of pork, garlic and wine.  They were introduced in the U.S. by French immigrants in New Orleans.  We refer to them as hot links. 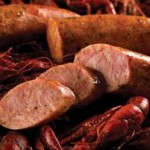 Bolognese – [bo-le-n(y)ez] – a meat based pasta sauce originating from Bologna, Italy.  The lunch meat that we refer to as bologna (Oscar Meyer), is not in a Bolognese sauce, but also originates from the city of Bologna.  The lunch meat bologna is similar to mortadella, made from a finely ground mash of sausage and lard.  Yum, lard!

Creme fraiche – [crem-fresh] –  French literal translation is “fresh cream”.  It is basically a fattier version of what we call sour cream and since it’s French it is often enjoyed with a cigarette.

Crudite – [kru-di-tay] – a French appetizer comprised of sliced raw vegetables, typically carrots, celery, pepper, cauliflower, and often served with a dipping sauce.  Basically this is a fancy name for that tray of veggies and ranch you see at Super Bowl parties. 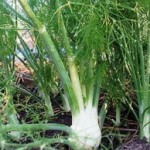 Fennel – [fen-el] – a green leafy plant, which can be used as a spice, and whose bulb or stalks can be sliced and used in salads.  No, this is not related to cannabis and should not be smoked.

Leek – [leek] – this is what we call a green onion.  Potato leek soup is made from potatoes and leeks.  There is no such vegetable called a ‘potato leek‘.    Took me 30 years to figure this out. 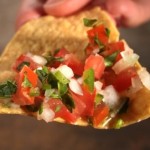 Prix Fixe – (pre-fix) – common in Europe, a prix fixe menu is simply a collection of predetermined items, offered as a multi-course meal, for a set price.  Its also a way to get ripped off if you never eat dessert.

Ragout – [ra-GOO] – a thick, well seasoned stew of meat, poultry or fish that can be made with or without vegetables.   Ragout is not the same as the Italian sauce we refer to as ragu, although they have the same pronunciation.

Scallop – [skal-ep]  – a mollusk found on the ocean floor with a brightly colored fan-shaped shell.   Inside the shell is 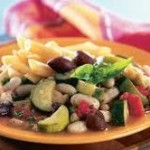 a muscle that is cooked and served in restaurants.  Think of the Shell Oil logo, that is a scallop shell.

Scalloped Potatoes – [skal-ep] – a casserole like dish made of thin slices of potatoes, cheese & milk.  There are NO scallops in scalloped potatoes.  We think there should be.

Shallot – [shal-ut] – this is a small red bulb type vegetable resembling an onion. 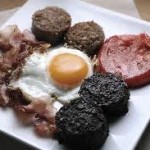 or beef sausage made with blood, onions, herbs, oatmeal or barley.  Black pudding is made when you slice the sausage and fry the slices.  They look more like hockey pucks, than traditional pudding.

OK, what did we forget ?