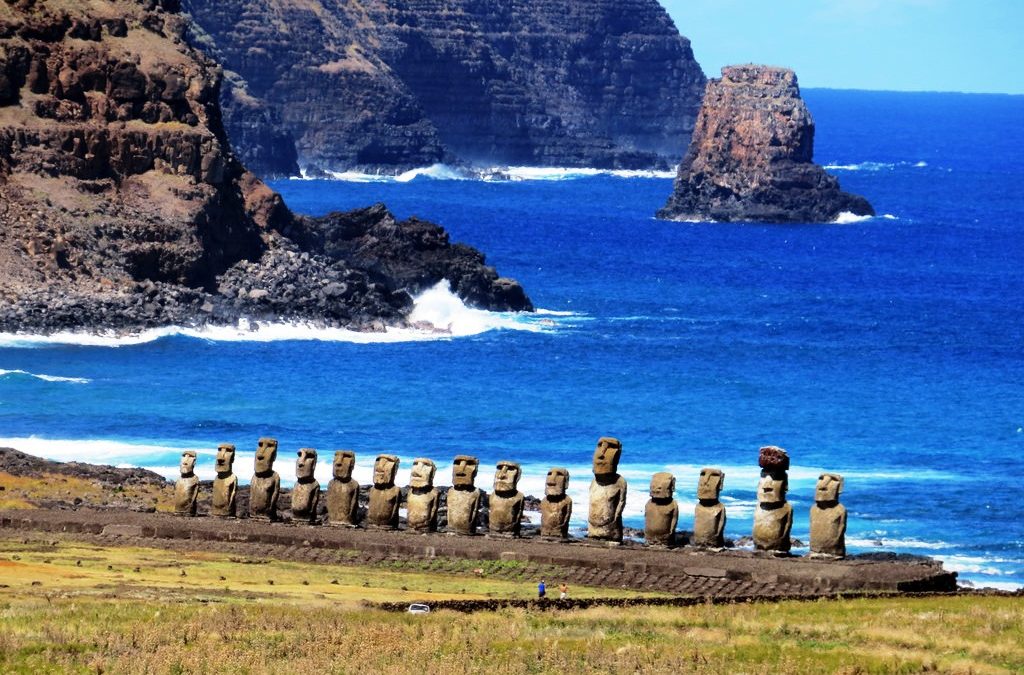 What Every Man Should Know About The Ocean

by Max October 12, 2017
Featured, Health, How To, Lifestyle
ShareTweet
“Whether you live 2 blocks or 200 miles from the ocean, every man should know these basics”

While thinking about essential skills all men should have, it was hard to overlook basic ocean knowledge.  So we got together with surfers, sea captains, and fishermen and came up with the following list of items that every man should (want to) know.  This is valuable information whether you live 2 blocks or 200 miles from an ocean.  Every Rugged Male should be familiar with the basics, after all, Mother Ocean occupies more than 70% of the globe, and she might get pissed. There is a book I read years ago called Good Things Love Water, by Chris Ahrens a collection of short stories about surfing and surf culture. I highly recommend the book and certainly agree that all good things DO love water.

I will do my best to keep statistics to a minimum to avoid boredom and keep the content dedicated to Cool Things That Every Man Should Know About The Ocean.  Keep in mind, we are not meteorologists, oceanographers or salty sea captains.  Consider these items teasers to get your dog paddle started.

1.  Tides –  The daily rise and fall of sea levels is called tides (for the zero percent of you that didn’t know that).  What you may not know is that there are 4 tides each day, two low and two high, approximately 6 hours apart.  Tides are caused by the positioning of the sun and moon, both of which have a gravitational pull.  Basically, they try to pull everything on earth towards them.  The earth hangs in there and can hold on to everything except the water, which moves according to the gravitational pull.

2.  Ocean Horizon – How far can you see across the ocean before the curvature of the earth impairs your vision?  There are many factors involved in determining an exact answer, so we will provide a practical answer instead.  The correct answer is about 3 miles if your eye is about a foot above the ocean.  However, most sea captains will tell you that you can see a ship approaching at 12 miles.  This is why International Waters are set to 12 miles offshore.  That is the answer we like.  Practical. 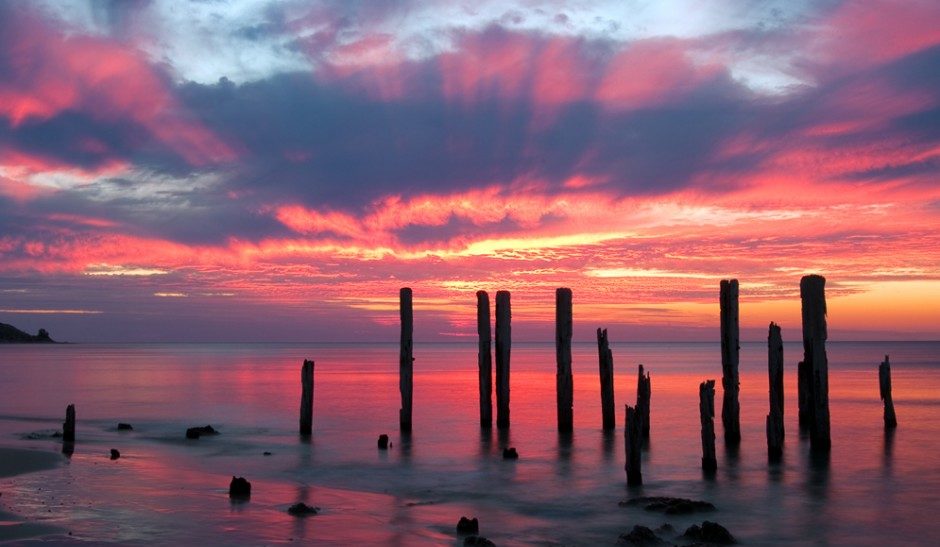 3.  Red Skies At Night – Red Sky At Night, Sailor’s Delight, Red Sky At Morning, Sailors Take Warning.  There is actually some truth to this old adage with references as far back as Shakespeare and The Bible.  During sunrise or sunset, the sun is very low, sending light through the thickest part of the atmosphere.  When the sky is red, its indicates a heavy concentration of dust particles that do not allow the other shorter colors, like blue, to penetrate.  If the morning sky is red, the interpretation is that there is water in the air, indicating a storm is approaching.  If the evening sky is red, the interpretation is that there is high pressure or stable air moving in from the west, so clear skies are ahead.

4.  Rip Currents – Rip currents are fast moving belts of water travelling offshore, caused by breaking waves.  Rip currents are extremely dangerous for weak or non-swimmers.  There are over 100 drownings each year attributed to rip currents.  Most swimmers try to swim straight to shore to get out of the rip, which tires them out making them more vulnerable to drowning.  The way to get out of a rip is to swim parallel to the shoreline.  You will move further out in the ocean, but eventually you will get out of the rip, and can swim safely back to shore, with the waves at your back. 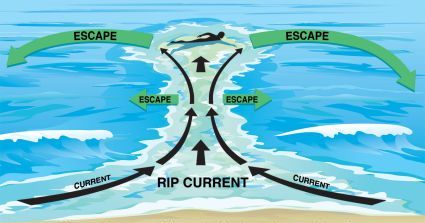 5.  Starboard & Port – These are not suggested wines when boating, they are nautical terms meaning Right and Left, respectively.  The origin of these words goes back to the 1800s when ships were steered with a rudder, typically sticking out the back right of a vessel.  When they came into Port, ships had to tie up on the left side so they didn’t crush the rudder.  Port eventually came to mean the left side. An easy way to remember is that they both have 4 letters, Port and Left.

6. El Nino – Yup, this is real, not something snowboarders conjured up while sparking a bowl on a chairlift.  El Nino is a very complex climate pattern that occurs in the Pacific Ocean roughly every 2-7 years.  Its causes and effects are still heavily studied by scientists, but for the most part it brings a mass of warm water north to Southern California.  Fish that are typically caught off the coast of Mexico can be found in San Diego and Los Angeles.  A strong El Nino season will also bring an increased amount of rainfall and snow to the western seaboard.  So while many parts of California will be battling huge surf,  floods and mudslides, skiers and snowboarders will enjoy many 4-6 foot dumps in the Sierras.

7.  What Makes A Wave Break – Waves are started by winds and currents in the deep sea.  As they move toward a shore they pick up speed & size.  As they approach land, the ocean floor dictates how and when they will break.  As the bottom of the wave starts to drag on the ocean floor, it slows down the bottom of the wave, making the wave top-heavy, until it topples over, or breaks. There are different kind of breaks.  Here are two, a beach break (Huntington), and a point break (Malibu).  Point break is best if you are learning how to surf.

8.  Stranded At Sea – If you are ever stranded at sea, the most critical item you need to survive is drinking water, or a way to make it.   This is not as easy as you would think, being surrounded by sea water.  The best plan is to stock it before you leave, otherwise you are relegated to making it, by capturing rain, or dew in the evening.  You can also make a solar still if you have a couple containers and some plastic wrap.  Basically the sun heats up the seawater, creating condensation which hopefully drips into a smaller container inside your still.  If you do not have water, do not eat, as digestion will take all the water you have stored in your body.

9.  Fun Facts About Our Ocean

10.  The Best Ocean Movies – A spirited debate developed in our camp as we tried to come up with the Top 20 Movies About The Ocean.  Click to see the results of our discussion.

Aloha, and Thanks For Reading !