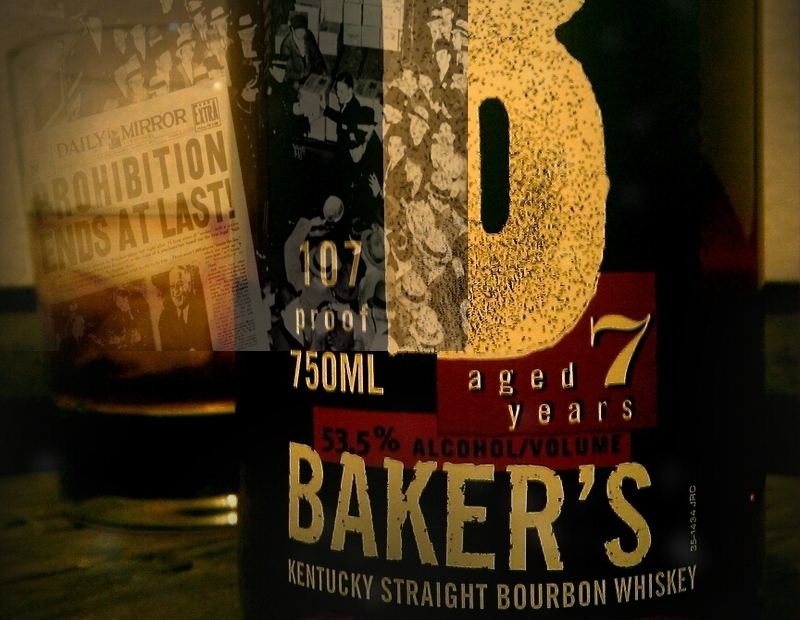 Better Than A Bakers Dozen and A Hard Six

Who needs a Baker’s Dozen when you have Baker’s 7?!   There is no better way to celebrate the 80 year anniversary of the Repeal of Prohibition than picking up a bottle of Jim Beam’s Baker’s Old Kentucky Straight Bourbon Whiskey.

Baker’s bourbon is part of the “small batch bourbon collection,” intended to compete on the premium side of handcrafted bourbons. These “small batches” are founded on traditional recipes. The Baker’s Bourbon is aged 7 years in oak barrels and finishes at a very high proof.  Named for Baker Beam (grand nephew of Jim Beam), and suggested serving with a splash of water, or one ice cube.

Our good friends at Jim Beam were kind enough to send a bottle over to Rugged Male headquarters for the holidays.  So yes, we have already started celebrating The Repeal!  The mix of grains, yeast, and seven years in oak barrels combine to give this bourbon a mellow, rich flavorful and medium-bodied character with some inviting aromas of vanilla and caramel.  The palate is surprisingly smooth for such a high proof, with flavors of toasted nuts, fruit and vanilla.

Pretty much the only thing we did not love was the bottle, which looks like a wine bottle.  However, once opened the cork gives you that cowboy aspect to your engagement, pull it off with your teeth .. Arrggh!

Thank You For Visiting The Rugged Male!