Lin Brehmer – The Reverend of Rock and Roll – The Rugged Male 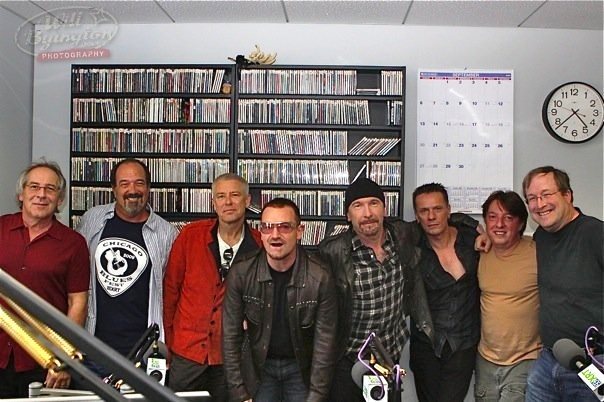 Lin Brehmer – The Reverend of Rock and Roll

Philosopher, Shaman, Poet, Motivational Speaker, Renaissance Man, Sports Enthusiast, Legendary Disc Jockey and by many – The Reverend of Rock n Roll.  Not your typical descriptions for a disc jockey. However, Lin Brehmer, is no ordinary disc jockey..

After 30 years of being in Chicago, his seemingly tireless dedication to his job at the hailed Chicago radio station, WXRT; his love of music, culture, food and drink keeps Brehmer with a vampiric schedule eliciting sightings of him in Chicago at all hours of the night. A schedule not for the faint of heart, considering his 4:30am wake up call each morning.  This is clearly a man who not only talks the talk, but walks the walk.  It should come as no surprise that his legendary catch phrase, “It’s great to be alive” motivates many during the drive time hours in The City by The Lake. 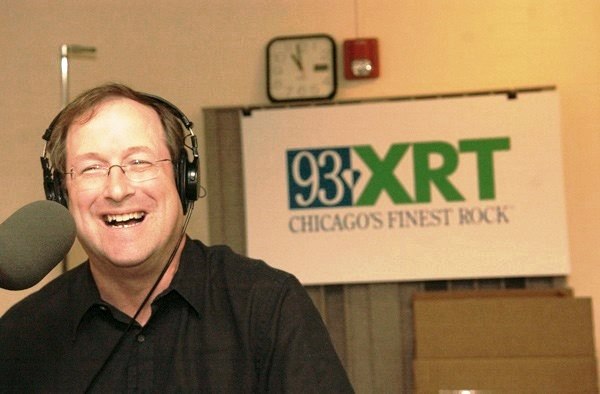 Lin Brehmer grew up in Queens, New York and by the age of 12 he had already formed a garage band called, ‘The Roundabouts’.  His high school nights consisted of staying up late to listen to ‘Rosko and Allison Steele’ on the fledgling WNEW 102.7.  It was there where his path became illuminated.

Brehmer’s first job as a disc jockey was in January of 1977 in Albany, New York at WQBK- FM, where he earned the nickname – The Reverend Of Rock and Roll.  After seven years at QBK he got the job that would change everything. He moved to Chicago to work as music director for the flagship WXRT in October of 1984. During his first six years at WXRT he was named, “Music Director Of The Year”, three of those years by FMQB – THE industry rag for radio.

In 1991 he moved to the morning drive time where he has been since.  Nearly 25 years later he has become the voice of the city. His interaction with his fan base is unmatched, exemplified by his use of listener letters and questions to produce a series of brilliant oral essays – Lin’s Bin.  It is his poet’s heart, his rebel soul, his unpredictable playlists (which are rare in today’s ClearChannel radio world) that has solidified Brehmer as a true radio legend.

We caught up with Brehmer after his broadcast from Wrigley Field before Game 4 of the Cubs playoffs vs. NY Mets.

Rugged Male: You are a true renaissance man. The renaissance man,  has become a bit of a dinosaur these days. How would you encourage someone to develop a well rounded sense of the world? How do you do it?

Lin Brehmer:  Celebrate excellence. Seek it out. You will find yourself seduced by a book or an opera or a sporting event that you never dreamed would turn your head. Travel. Not just to faraway places like Naperville. My favorite experiences have been in other countries. 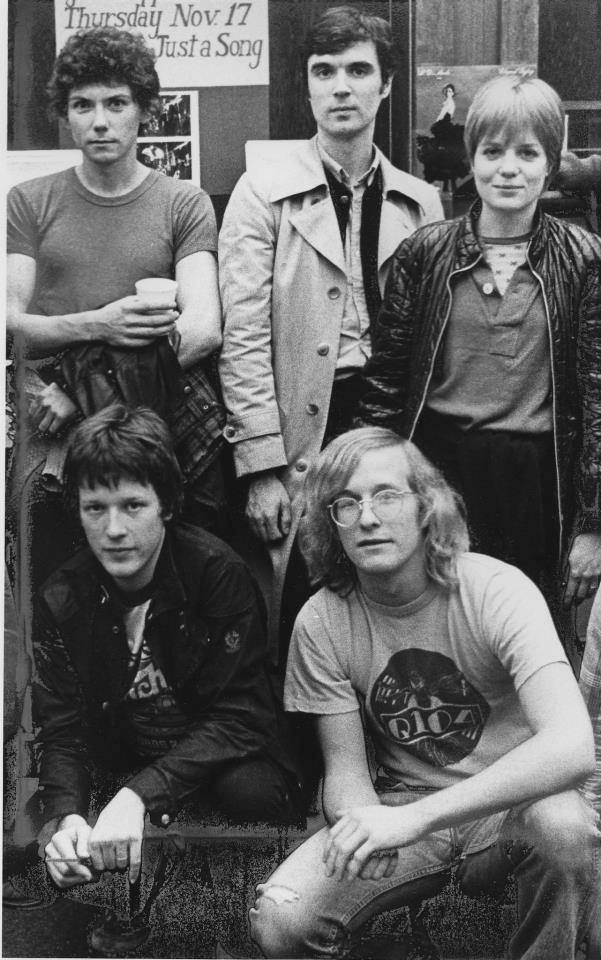 LB:  The Who. 1971. Forest Hills Tennis Stadium in NYC. I’m 16. The first time I ever hear Won’t Get Fooled Again is live on stage because the album Who’s Next does not come out for another week or two.

Over 30 years later, I am the emcee for a benefit concert at the House of Blues. The band is The Who. You have to understand that being an emcee is a loathsome task. No band is hoping that a DJ shows up to introduce them. No audience member having spent hard earned money to see a band is hoping to see a DJ walk out on the stage before the band starts. But I’ve been forced to embrace this part of my job for decades. I know the drill. Go backstage. Find the promoter, usually the last friendly face you’ll see. The promoter will introduce you to the band’s road manager who inevitably will say – We know nothing about this?!  After the traditional cajoling and explaining, you are begrudgingly allowed on stage with a variety of instructions. Almost always, you will make stage announcements long before the band hits the stage. This is what I expect with the road manager of The Who. But he says, “Oh No, you don’t understand. You’ll be on the stage. The band will be on the stage and you’ll say whatever you have to say and the band will start playing.” And all I could think of was all the snot-nosed up and coming, never to be heard from again rock bands that refused an emcee all together. Here was The Who. The Who. Bring us on. No problem. No restrictions.

My Favorite Moment? I’m on stage with John Entwhistle and Roger Daltrey on my right. Pete Townshend to my left and Zach Starkey behind me. The staff pulls the stage curtains back and I say, “blah blah blah, Ladies and Gentlemen, The Who!”. Pete Townshend hits a power chord and they’re off. Yeah. That was a favorite.

RM:  How about an awkward celebrity moment

LB:  Norah Jones’ road manager having me ejected from Ravinia’s (a popular outdoor music venue North of Chicago) backstage. It was awkward for security too because I was blameless and they had worked with me for 20 years.

RM:  In the ever changing landscape of radio, how have you been able to sustain such a successful career?

LB:  All success in the music business is not measured by talent, or by connections, or by genius. You survive through the alchemy of dumb luck. Really. 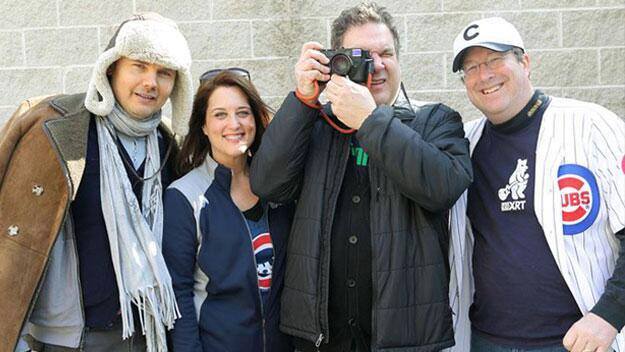 RM:  What is your favorite “go to” drink?

LB:  Basil Hayden bourbon on the rocks. Unless it’s a hot sweaty day. Bourbon Old-Fashioned, not too sweet, with a splash of soda water. If I have limes and agave syrup, I will have a Margarita made from scratch with Grand Marnier instead of Triple Sec.

RM:  “Its great to be alive” has become your trademark phrase over the airwaves, its as much a call to action as it is a proclamation.  Can you tell us how this phrase came to life?

RM:  Lin’s Bin is a series of brilliant oral essays, derived from listeners letters. Do you have a favorite you can share? Will you ever make a collection?

RM:  Where do you see music/radio in the next 10 years? Cause for concern or hope?

LB:  Never underestimate the apathy of the American public. There will always be an audience who will listen to a DJ whose musical selections they trust. The only variable is the delivery system. I mean I own 5000 records and another 5000 cd’s and I’m certainly lazy enough to leave them on the shelves and tune into radio and let someone else do the work.

RM:  That’s a great observation.  Having met so many of your heroes, have you ever been starstruck?

LB:  Met Bob Dylan backstage at Madison Square Garden in 1985. When I was introduced to him, I stammered for 25 seconds until someone mercifully stepped in and introduced him to someone who could form a sentence.

RM:  You have lived in two of the greatest cities, New York and Chicago….so i gotta ask….New York Pizza or Chicago Pizza?

LB:  Pizza is probably my favorite thing in the world. Yes. More than baseball and music. I find thin crust Chicago pizza very similar to New York pizza.  For Proustian reasons, New York pizza holds a powerful sway over me.

RM:  You can bring one book, one movie and 3 discs to a deserted island?

LB: 1996 Bulls Championship was probably the most significant. But for me, it would be the one freshest in my mind: the Chicago Cubs 2015 NLDS game 4 victory over the St. Louis Cardinals because I was in the bleachers and I was with my son and because my feelings for The Chicago Cubs overwhelm all other considerations.

RM:  OK one more – A historical figure (living or dead) you would love to get loaded with?

RM:  Thanks Lin, it was great to see you again! 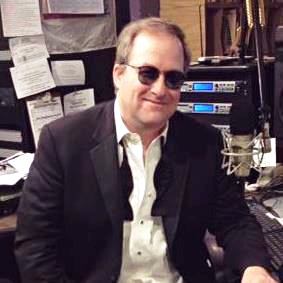