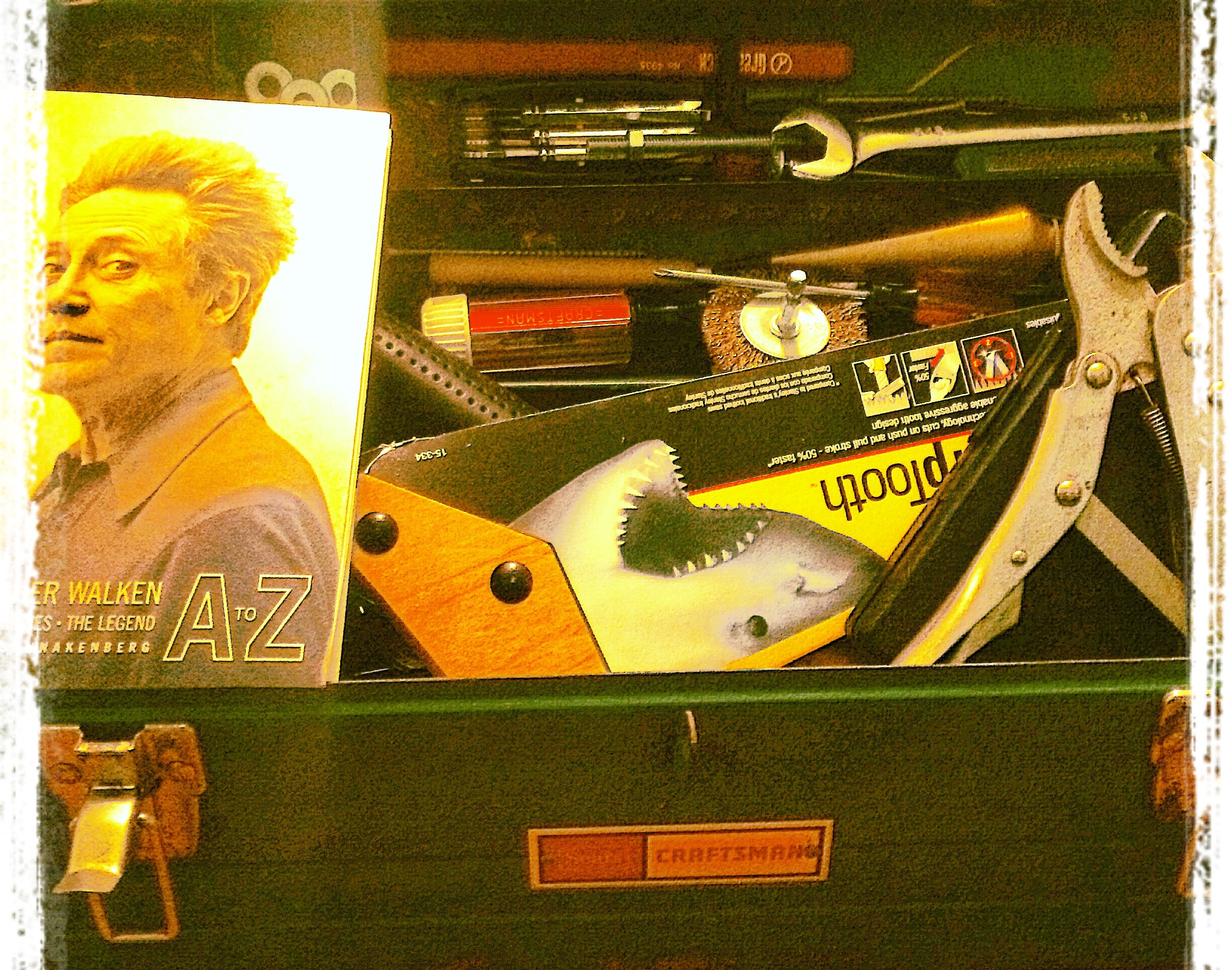 by Max August 5, 2014
Featured, How To, Lifestyle, Uncategorized
ShareTweet

This is a guest post from our good friend Texas Cody

My Dad has a mustache. Not a Justin Bieber “mustache” or some kinda skinny hipster crap, but a real lumberjack type Tom Selleck stache, like thick enough to have it’s own political system, most likely a dictatorship.  There could be a family of wolves living in there and we’d never know it until one jumped out and ate something alive, most likely your family pet.  TSA found a sword in there one time and they were like no worries Mr. Thompson we’ll just have this shipped back to the castle for you if that’s okay, good day Sir.  He doesn’t smile unless something is actually funny.  His handshake says – Hello I Could Beat You Senseless With Your Own Arms If I Chose To But We Both Know You Don’t Wanna Go There Move Along Now.  And if something is broken he fixes it.  And I’m not talking about two weeks from now or when the ballgame is over, he fixes it right then, right there, rain sleet snow blazing heat or blood thirsty grizzly bears present.  Sometimes growing up things didn’t even look broken to me until I realized that we were half way through fixing them.  He is organized and there is a step by step plan for fixing, maintaining, grilling, or building ANYTHING.

Now, I aspire to that level of handiness.  As men we all should.  Why?  Because that’s the only thing keeping women from taking over the world.  If women could fix that leaking irrigation pipe, hang that full length mirror on the wall, or replace the serpentine belt on that SUV we’d be in serious trouble.  They’d put us out to pasture real quick, like literally, we’d all be corralled in a large pasture like cattle and only used for breeding purposes.  Glass half full half empty on that deal.

From carpentry, to garage door openers, to the internal combustion engine.  If you can’t fix it, you should at least be able to make an educated assessment of the problem and differ to a professional or at the very very least get all dirty and sweaty before making up a story about how it can’t be fixed.

Now, if you aren’t already Jeremiah Johnson or a Mechanic named Jimmy from East Texas, I have a Man Tactics starter kit for you to consider.  I’m looking at you city dwelling dudes.  This is a bare minimum of things that you should own to be considered as a future representative of our tribe.  Wondering why there’s no hair on your chest?  You don’t deserve it.

#5 Toolbox.  It should be made of metal and it should look like you filled it with rocks and black powder and matches and threw it out of a helicopter down a mountain into a rock quarry and then somebody found it and drug it behind a pickup from Maine to San Diego.  When you open it up it should sound like you opened the door to a basement that is inhabited by serial killer in a hockey mask.  Trust me.

#4 Saw.  Wood can be whittled.  It can be sanded.  It can be stained.  But what wood really wants is to be dismembered and scattered around in whatever arrangement you so choose.  My saw is called the SharpTooth and has a Shark on it.  It cuts through douglas fir like the delicious flesh of an elephant seal (Shark Week Joke).  Or like butter, it’s really good with butter too.

#3 Tape Measure.  I know what you’re thinking, whatever I have one of those.  Is it plastic?  Does it fit inside your pocket?  Then no, no you don’t.  Your tape measure should be made of METAL.  It should weigh enough to create a blood feud with your belt.  If you can’t extend the tape into the air at least ten feet unsupported you’re wasting everyone’s time.  Measure things, even if they don’t need or want to be measured.

#2 Hammer.  Not a tiny furniture hammer.  A hammer that’s frightening.  A hammer that you can’t pick up without barbarically screaming like you just won an arm wresting tournament in Siberia.  Name that hammer something like Garganatron and dream of conquering foreign lands with it.  Then actually do it.  Or at least answer the door in your underwear while holding Garganatron in one hand and lipstick in the other when the pizza guy comes knockin.

#1 Drill.  Is your cordless drill a remnant of the Radio Shack era?  Did you purchase it at Target along with some guest room towels?  Does it have no settings aside from “On”?  That’s not a drill holmes.  That’s something for your infant baby girl to use to put together her tea party set.  You want a drill with multiple heart pounding man settings in regards to clutch and speed.  A drill with the musk to punch a hole through a brick wall just because it’s there and thinks you won’t put a hole in it.  A drill that makes your mother-in-law uncomfortable.  A drill that can eat a brisket & pork shoulder sandwich.  A drill that when cranked up causes an Eagle to be startled from his perch in Anchorage (because it had a heart attack).  12 Volt, 18 Volt, multiple bits, multiple batteries, its own case, get there.

Act like you’ve been here before; you’re on your way to fixing things and being worth a sheet.  Before long you’ll be filling that toolbox with crescent wrenches, allen wrenches, ratchet sets, channel locks, vise grips, pliers, needle nose pliers, wire brushes, wire cutters, assorted fasteners, 16 penny nails, and a bunch of other stuff banging around in there that you don’t even know how to use.  But nobody needs to know that.  They just need to know that you mean business and stuff is about to get real freaking manly up in here real fast.  It’s called Man Tactics.