by Max May 4, 2013
Featured, Lifestyle, Uncategorized
ShareTweet
“You walked into the party like you were walking onto a yacht”

Over the years we have all identified certain songs with a personal time or occasion in our life.  We get a warm feeling when we hear songs that take us away to that special place.  Music allows us to escape for a few minutes while we are driving, cleaning the house, or preparing dinner.  It’s truly the single biggest reason we listen to music, to connect with past or present experiences.  Additionally, society has adopted songs for political, commercial or other agendas.  For instance, Bill Clinton used Fleetwood Mac’s “Don’t Stop (Thinking About Tomorrow)” as the theme song for his 1992 presidential campaign.  Microsoft used The Rolling Stones’ “Start Me Up” to launch their Windows95 operating system.

Well, every now and then (we) listeners get it wrong.  We interpret or associate a song’s meaning to be something completely different and often the exact opposite of the artist’s intention.  We thought it would be fun to go through some of the biggest misconceptions about songs.  We will do our best to give you a Top Five, because we are hoping you already know that Phil Collins was never In The Air Tonight and that the Beatles’ ‘Lucy’ was not high in the sky on LSD.   Here are some other myths about popular songs you may not know.

5.  Hotel California – The famous Eagles song that has become a melancholy anthem in every bar that has a jukebox and a right of passage for young women who must be able to sing all the words.  There are many rumors about this song’s meaning which contains the following lyrics: “Kill the beast” and “Stab it with their steely knives“, “You can check out any time you like, but you can never leave”.  Despite all the barroom chatter, this song is about excess greed and the selfish drug culture in the music industry – sex, drugs & rock-n-roll, that sort of thing.  But most importantly, The Hotel California never existed.  It was not the place they all went to party despite public opinion wanting that so badly.   Additionally, the Hotel California in Todos Santos has no connection to this song. 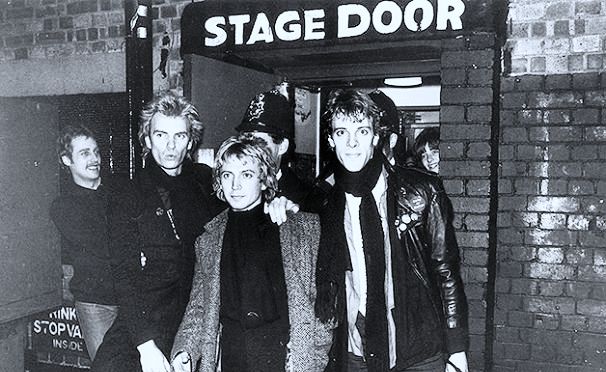 4.  Every Breath You Take – The song from the Police is perhaps one of the most contrastingly interpreted songs of all time.  Most people consider and enjoy it as an intimate love song.  According to Sting it’s a “nasty little song about jealousy, surveillance and ownership”.  The song was written shortly after Sting’s divorce, containing the lyrics, “Every move you make I’ll be watching you” and “Can’t you see, you belong to me“.  But perhaps the best example of this misconception, is when that uber hood ornament Puff Diddy used the song to eulogize his best friend Notorious BIG in a remake, on national television.  (Puff was great in Get Him To The Greek, however).

3. Fight For Your Right – The Beastie Boys’ first hit off their debut album that soon became a party anthem at every high school and college in the country in 1986.  The song soon became a source of pain for The Beasties as it was intended to be a parody.  They wrote the lyrics in a facetious manner hoping to inspire a better sense of values and work ethics among adolescents.  This was completely lost in the massive radio play that ensued.  Says Mike D, “There were tons of guys singing along to ‘Fight for Your Right’ who were oblivious to the fact it was a total goof on them.”  Following this album, in a controversial move The Beasties parted ways with Rick Rubin and Def Jam and moved to Capitol Records.  (RIP MCA). 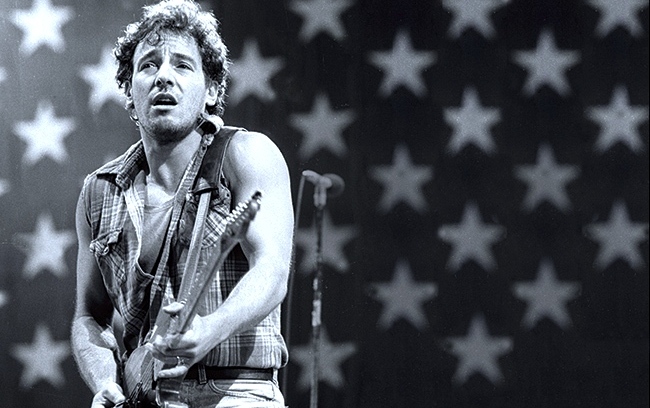 2. Born In the USA – The Bruce Springsteen anthem that rocked the nation in the 80’s and continues to be a symbol of solidarity and American pride.  Springsteen actually wrote this song about the problems Vietnam veterans encountered when they returned to America. While veterans of other wars received a hero’s welcome, those who fought in Vietnam struggled with healthcare and employment and were often ignored by the U.S. government.  These lyrics drive his point home, “Sent me off to a foreign land, to go and kill the yellow man.” and “Went down to see my V.A. man, he said son, don’t you understand”.  It bothers The Boss that this song is so widely misinterpreted.

1. You’re So Vain – The Carly Simon hit from 1972 allegedly about a self absorbed lover, often thought to be Warren Beatty and even Mick Jagger.  Lyrics include, “You walked into the party like you were walking onto a yacht” and “You’re so vain, you probably think this song is about you, you’re so vain.”   The true meaning of this song has been kept a secret (now) longer than Bob Woodward’s Deep Throat.  There was even a contest in the 70s by a radio station claiming they knew who the song was about.  To date, Carly Simon has not revealed her inspiration.

So tell me this grasshopper, what is more vain – the confident man walking into a party as if he were walking onto a yacht, OR the person who keeps this charade up so they can have some attention for 30 years?  Our bet is that the song IS about Warren Beatty but that Carly later regretted it.  Not wanting to hurt him, she kept it a secret while the song blew up and she has since used the story for PR.  What says you ?

Words & Music … Thanks for Reading !