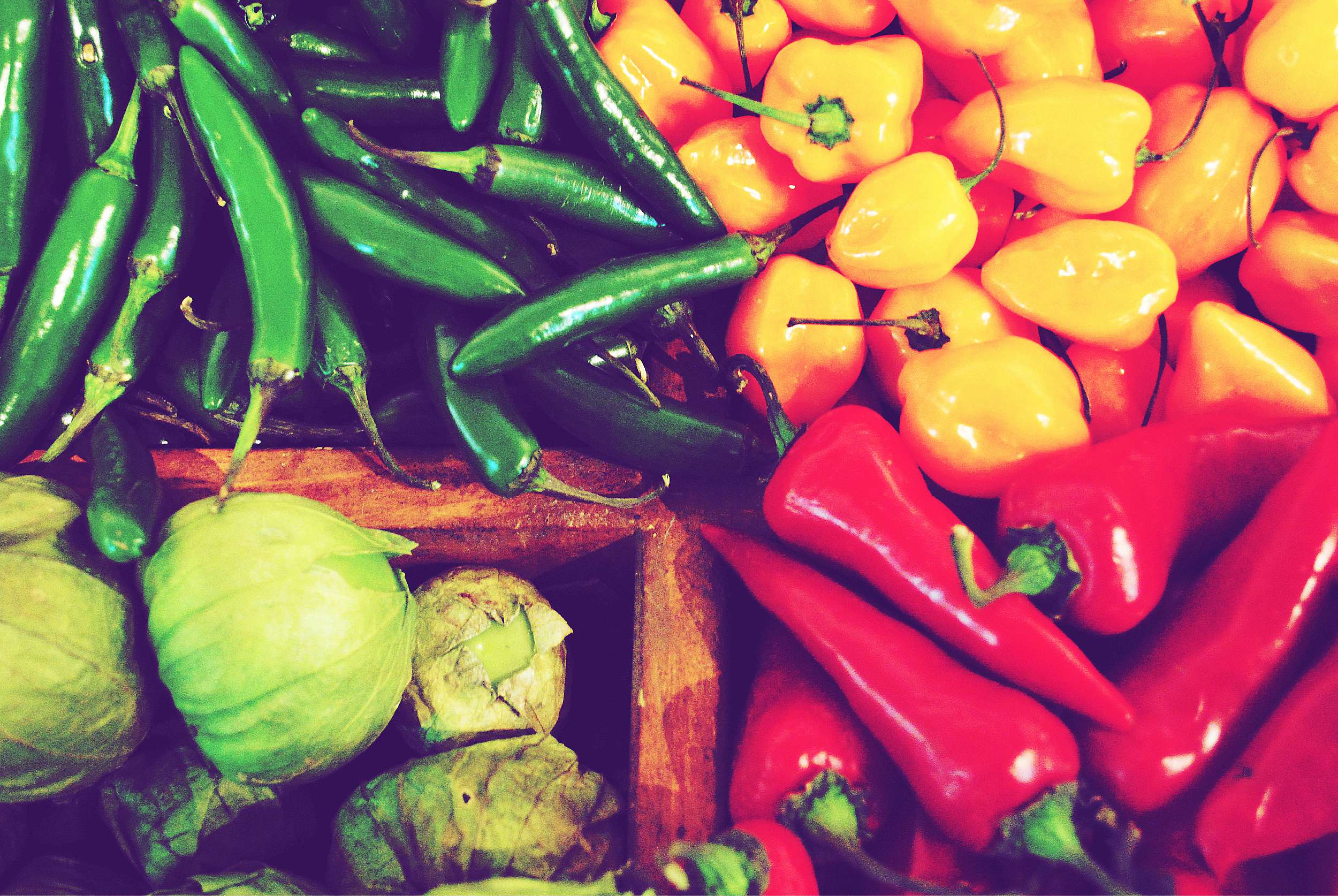 by Max November 4, 2013
Featured, Food & Bev, Health, Lifestyle
ShareTweet
“If for no other reason than its awesome name, you should know about the Ghost Pepper”

Often when we are feeling our testosterone spikes we (men) will razz each other on our ability to eat spicy or hot foods.  After all there isn’t a more level battle field for manhood than judging our friends by their ability to throw down some hot sauce or fiery chili or nuclear chicken wings.  Size, strength, athletic ability, hair all have no bearing on this challenge of manhood and masculinity.

Therefore we thought it would be helpful to break down the different types of peppers, after all Man & Peppers go together like Women and Froyo.  We also see a hot sauce article bubbling like a volcano on the horizon.

In addition to providing much needed flavor and spice to foods, peppers also provide a nutritional value.  For instance some bell peppers pack four times as much Vitamin C as oranges.  Chili peppers contain capsaicin which can be a natural relief for inflammation such as arthritis and reduce risk of heart attack by reducing cholesterol levels and formation of blood clots.   Eat peppers, live long.

There are so many types, we will set up the following as base camp for your pepper journey.  Proceed cautiously.

Bell Pepper – Also known as sweet peppers because it does not contain the chemical capsaicin which is what makes a pepper hot.  The red and yellow peppers are more expensive because they provide more nutritional value and antioxidants (lycopene).   Heat Index: 0 out 5

Poblano Pepper – A good, easy-to-find grilling pepper that’s ideal for adding a kick of heat. Poblanos get fairly big and are usually sold fresh, while they are younger and dark green.  At their red, mature stage they are usually dried (in dried form they are called ancho chiles).  Poblano peppers are often blackened over an open flame and then peeled to make chile rellenos.   Heat Index: 2.5 out 5

Jalapeño Pepper –  The jalapeño is probably the most well known pepper in the United States. It gets its name from Jalapa, the capital of Veracruz, Mexico.  Harvested at both its green and red stages, the jalapeño is spicy but easy to seed and carve out if you wish to reduce the heat.  When dried and smoked, it’s called a chipotle chile.  Heat Index: 3 out 5

Cayenne Pepper – The Cayenne is a bright red pepper usually consumed after its been dried. When ripe and fresh, cayenne chile peppers are long, skinny, and very hot. The name cayenne was actually given to this pepper because of its cultivation in a town that bears the same name in French Guiana on the northeast coast of South America.  Heat Index: 4 out of 5

Habanero Pepper – Native to parts of Central America and the Caribbean, this little pepper packs a lot of heat. But contrary to popular belief, the habanero is not the hottest type of chile.  They do however bring the heat and should be used cautiously when cooking.  They come in different colors, red, white, yellow and even brown, but orange is the most common.  Habaneros are great for salsa, hot sauces, chicken and even putting on a cheeseburger.  Heat Index: 5 out of 5 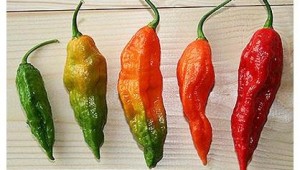 The Ghost Pepper – The Bhut Jokia, or Ghost Pepper was often considered the hottest pepper in the world.  Like anything else, there are enthusiasts that will point to hybrids saying they make the ghost pepper seem mild.  If for no other reason than its awesome name, you should know about the Ghost Pepper.  Its believed to have originated in India, given the name bhut (meaning ghost) because of the way the heat sneaks up on you.  This pepper should be consumed with extreme caution.  There are stories of hospitalization and even lawsuits from people eating Ghost Peppers.  Cuidado !!  Heat Index: 10 out 5

And to give us some credibility .. comments from our Nutritionist:

“In addition to the antioxidants in spicy peppers, eating them can increase your metabolic rate up to 8% following a meal. The effect is temporary but can add up if you eat spicy foods often. Also, there is a study that has shown that eating foods with capsaicin can even help you feel full quicker and consume less calories. Always have a bottle of Cholula or your favorite hot sauce nearby and be generous with it! “

Jennifer Cassetta is a dynamic clinical nutritionist & coach with a focus on holistic health and high heels. Her Stilletos and Self Defense seminars have been featured on national TV and radio – a Rugged Female for sure.  Check her out at Strong, Safe & Sexy, @JennCassetta or jennifercassetta.com.

Thank you for Reading !