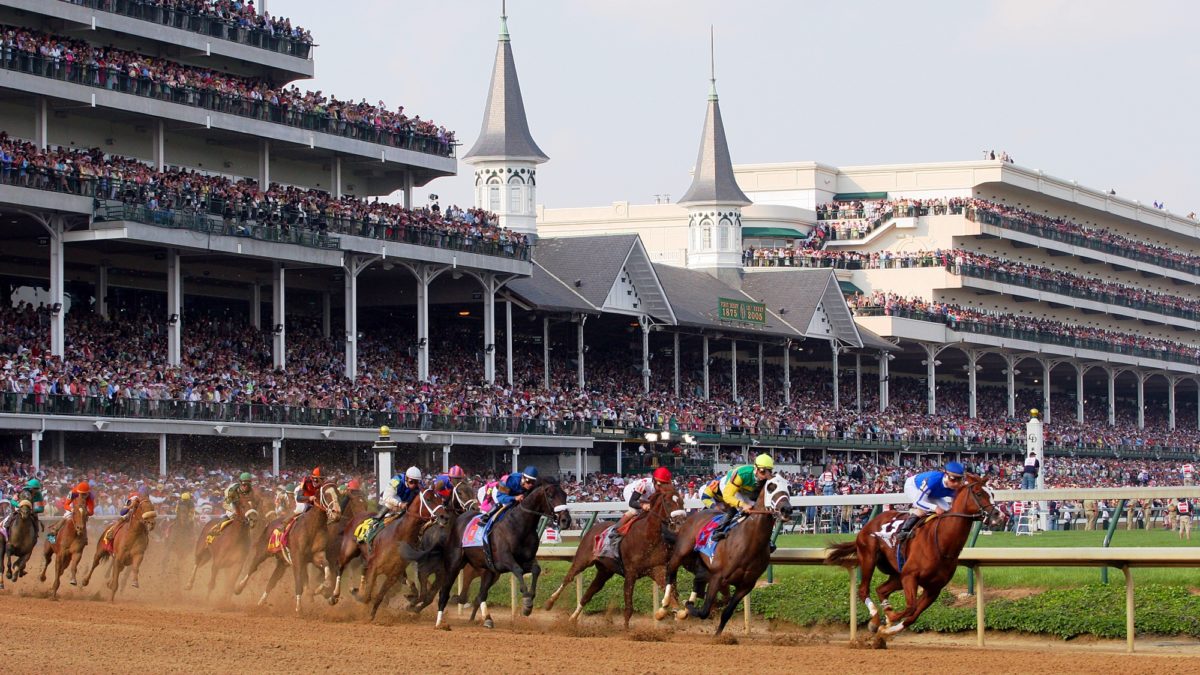 The 143rd running of the year’s first Triple Crown race is set for Saturday at the famed Churchill Downs track.  Post positions for the 2017 Kentucky Derby were drawn Wednesday morning at Churchill Downs in Louisville, Kentucky.  Derby favorite Irish War Cry drew the unlucky post position #17, which has never won a derby. Aint that the luck of the Irish!

Always Dreaming, Classic Empire, Gunnevera, McCraken and Irish War Cry headline the wide-open 20-horse field set to compete in the Run for the Roses. They will contend for a $2 million purse, which includes a $1.24 million payout for the winner’s connections.

Take it away Carl ..

In order to expedite, I’ll comment on each horse, then pick, then give a betting strategy. There are 20 horses in the race.  I’ll grade them all. Further, weather may be a factor this year. It’s 7 pm Thursday as I write this, and it’s been raining at the track for a couple of hours. Plus it’s going to be showery with a 20% chance of thunderstorms tomorrow (Friday Oaks Day) through tomorrow night as well. Finally clearing Saturday with a chance of showers in early afternoon. Ready? 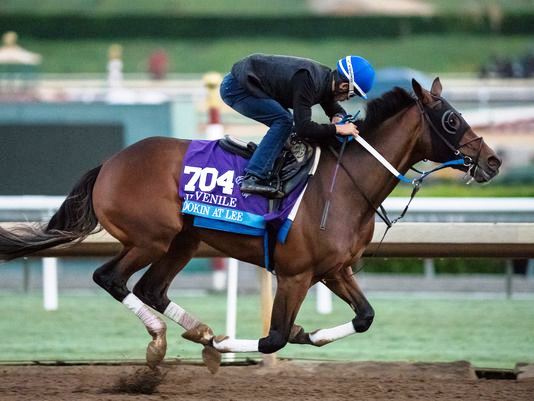 1. Lookin at Lee. Kentucky bred Bay Colt by Lookin at Lucky, who ran second in the Derby a few years back. Good news? He has a top trainer Steve Asmussen, and a strong jockey Corey Lanerie. Plus He ran 3rd in the Arkansas Derby last out. And he likes an off track. Bad news? One of the main contenders –Classic Empire has already dusted him 3 times. Including the Arkansas Derby. Overmatched. 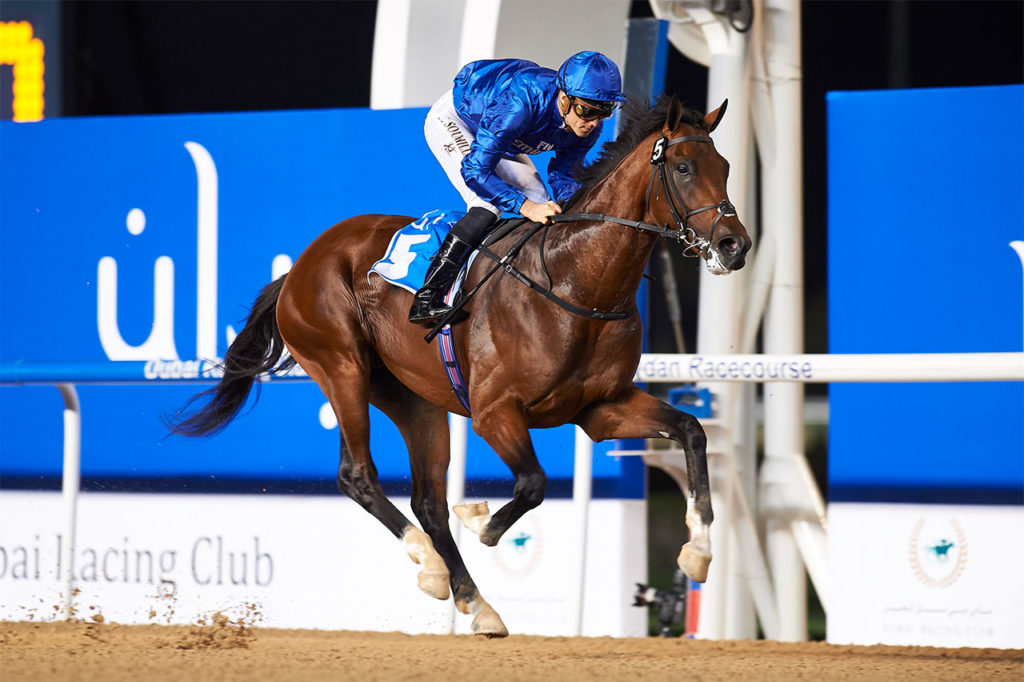 2. Thunder Snow. Irish bred Bay Colt by Australian Stallion Helmet. Lots to like including his 20 to 1 morning line odds. He is the 2nd leading money earner in the race at $1.65M already in the bank in 8 total starts with 4 wins and 2 seconds. Plus he won his last 2 and only 2 on dirt including the $2M Dubai Derby @ 1 3/16 miles, which means he’s gone further than all the others. He’s owned by powerhouse Godolphin Racing, trained by their main guy Saeed bin Suroor, and being ridden by Frenchman Christiphe Soumillon, who has ridden him only the last 3 of his 8 starts. ALL WINS. Plus he has carried between 126 and 131 pounds 7 of his 8 starts. No other entrant has done so. Lots to like. Contender.

3. Fast and Accurate. Pennsylvania bred Gray Colt by Hansen. Good? Won the Spiral Stakes at Turfway Park in Kentucky for his 3rd in a row. And his owners got so excited they supplemented him to this race for $200K. Trained by excellent trainer Mike Maker and ridden by capable Channing Hill. The bad? His owner says they are sending him to the front. If they do that, he will run last. Forget him.

4. Untrapped. Kentucky bred Bay Colt by Trappe Shot. Good? He won his only win at Churchill downs. And he is also trained by Steve Asmussen and ridden by his main guy Ricardo Santana. Plus he likes off tracks. Bad? He’s outclassed here. He was 6th in the Arkansas Derby last out. Forget him. 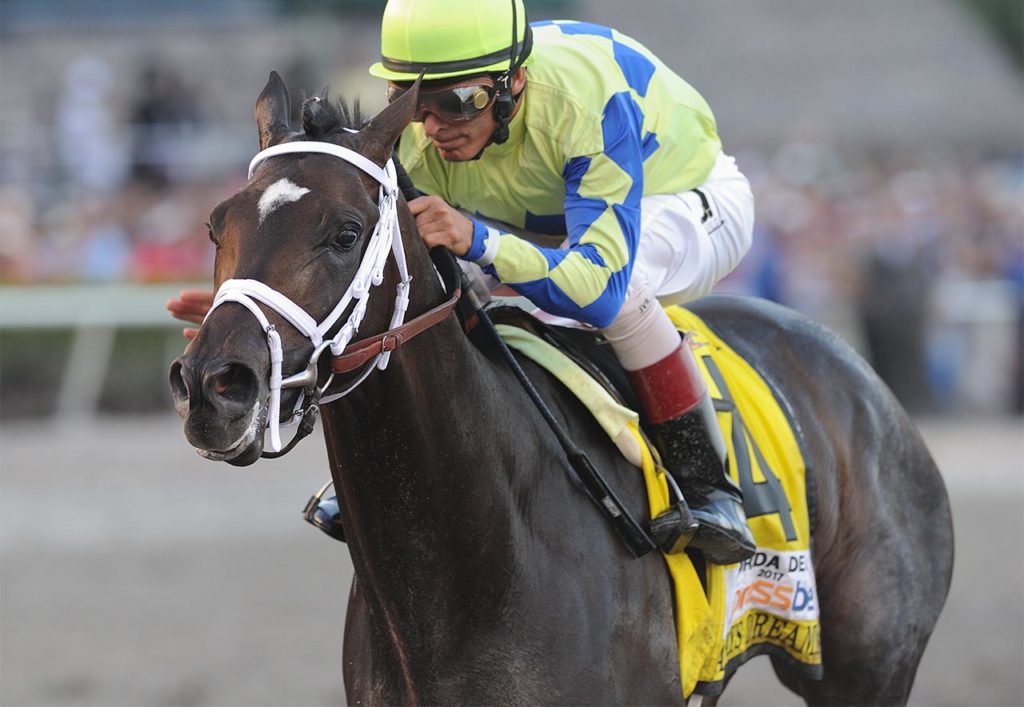 5. Always Dreaming. $350K yearling purchase Kentucky bred Dark Bay or Brown Colt by Bodemeister. Remember him? I’ll Have Another caught him at the wire in both the Derby and the Preakness a few short years ago. Lot’s of Good. He galloped in the Florida Derby last out. He’s trained by top trainer Todd Pletcher and ridden by his main guy Johnny Velasquez. And since Pletcher has 3 horses in the body of this race, Johnny V has his pick of mounts and chose this guy. That speaks volumes about his chances. Plus he’s undefeated in 3 attempts since transferring to Pletchers barn last fall. Plus his workouts are great at Churchill. He likes the track. Bad? Zero. He’s probably the horse to beat. 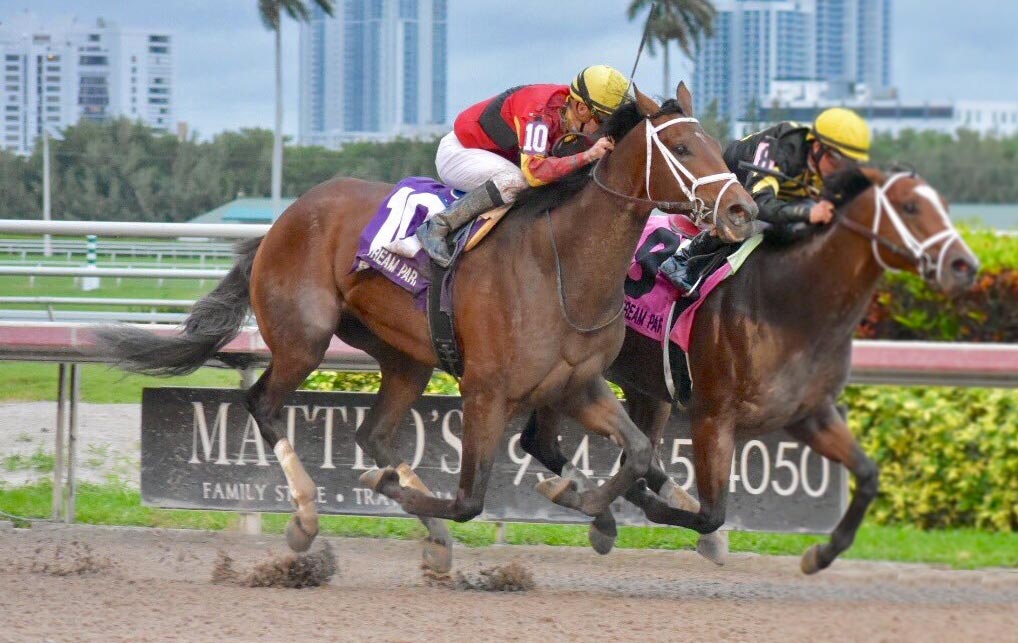 6. State of Honor. Ontario, Canada bred Bay Colt by To Honor and Serve. Good? Trained by the excellent Mark Casse and ridden by the capable Jose Lezcano. Dead game colt in the money his 4 starts this year, all graded stakes including second place his last 2, the Tampa Bay Derby and the Florida Derby. Bad? In those starts there are 3 in here who beat him handily. Yet I must use him underneath in the gimmicks. He’s liable to run in the money at long odds. He’s fast. I like him. 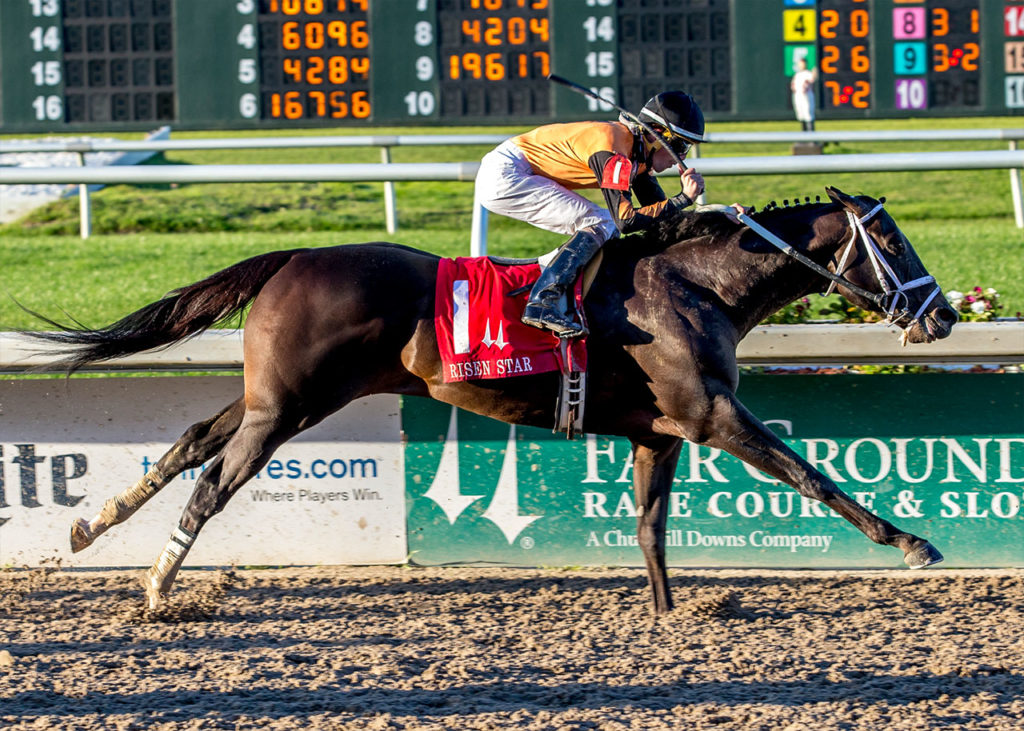 7. Girvin. Kentucky bred Dark Bay or Brown Colt by Tale of Ekati. Good? He won the Louisiana Derby last out. And all 3 of his dirt starts of the 4 he’s had. His only turf start was a second place. He’s trained by the aptly named young sensation Joe Sharp and ridden by Hall of Famer Mike Smith. He’s working fast locally. Bad? His feet are cracked. His front hooves are being held together by Z Bar shoes. I can’t believe he’ll win. Not against these. Not at this distance. But he’s a very good horse and a must use in the gimmicks. 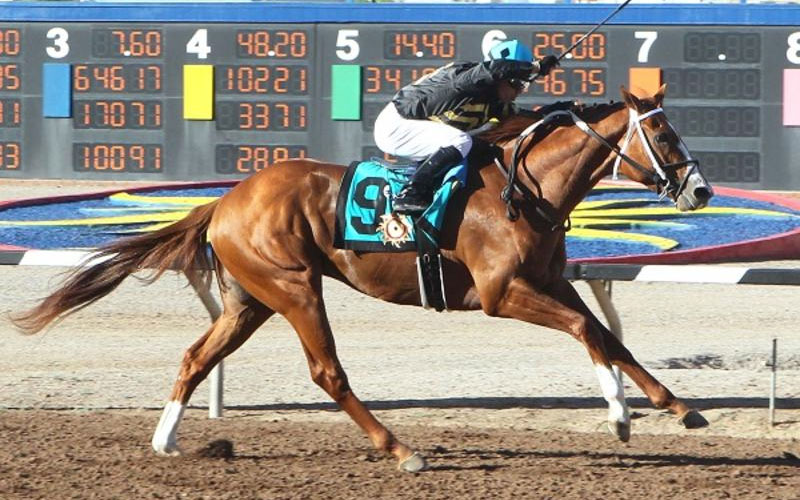 8. Hence. Kentucky bred Chestnut Colt by Street Boss. Good? He’s trained by Steve Asmussen who also trains the 1 and the 4 in this race, and ridden by Florent Geraux, one of our country’s best. He won the Sunland Derby his last out, in New Mexico. This was the same race 50 to 1 Derby winner Mine That Bird took down prior to his upset win over Pioneer of the Nile a few years back. The 4th place finisher in that heat, came back to win The Blue Grass at Keeneland April 8th to earn his way into this race. Plus he likes an off track. Bad? I think this race will have to fall apart and become a free-for-all at the end for this guy to have a chance. I’d use him underneath, but if he wins, I lose. 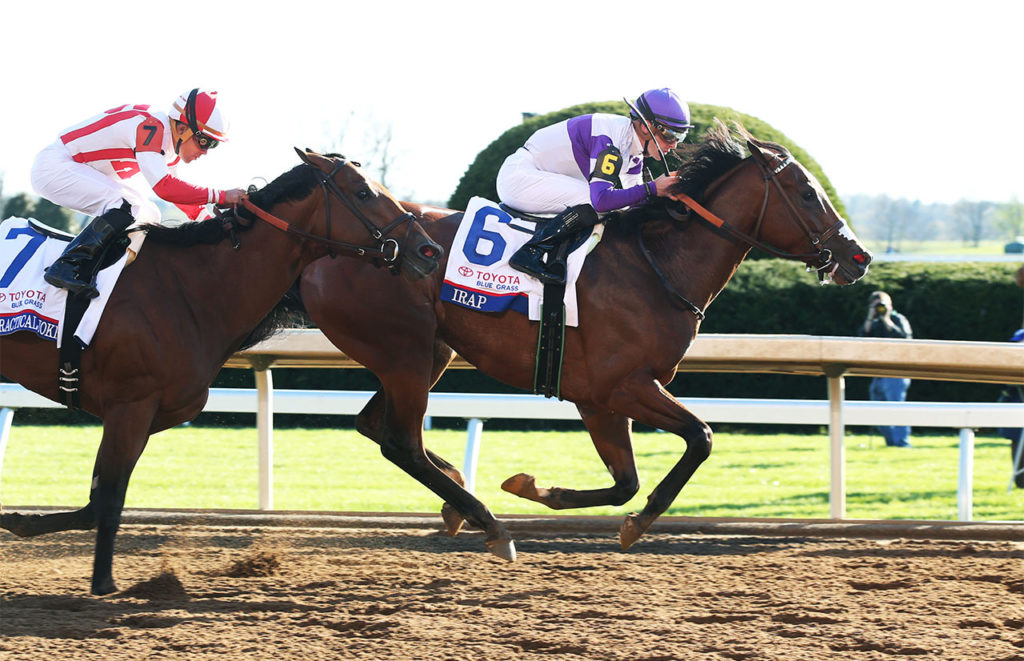 9. Irap. Kentucky bred Bay Colt by Tiznow 2 time Horse of the Year and really the last great scion of the Man of War Sire line. Good? Trained by last year’s Derby winning Trainer Doug O’Neil, owned by Paul Reddam, also last year’s winner, and ridden by Mario Guiterrez, also last year’s winner. He won the Blue Grass last out at Keeneland, beating at least 4 horses that are in this race. Bad? The 8 horse beat him by 8 1/2 lengths in the Sunland Derby. Mixed signals. Use underneath. 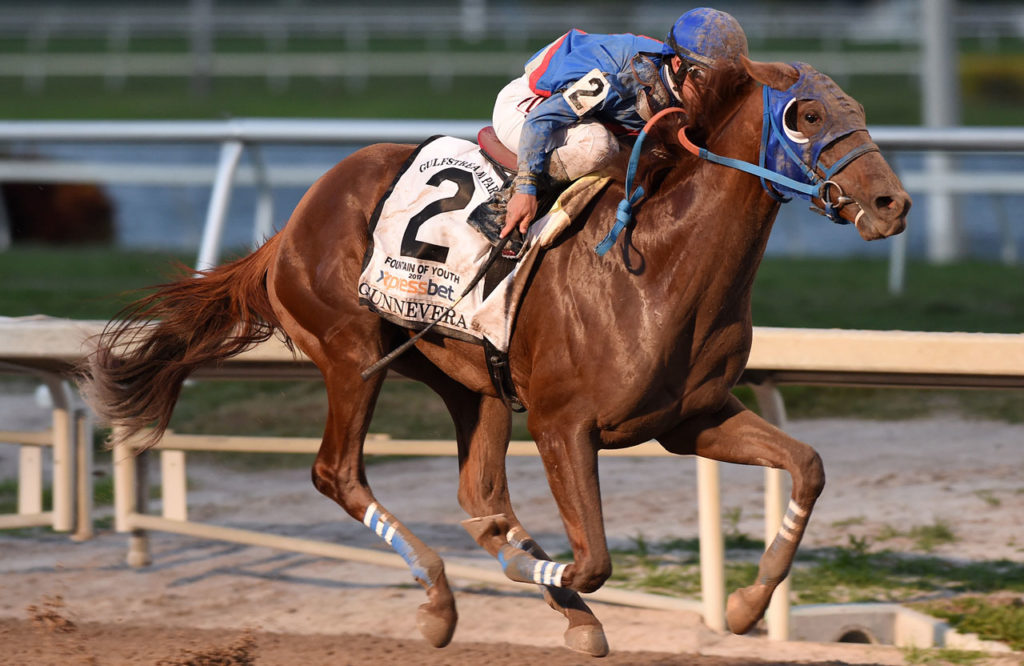 10. Gunnevera. Kentucky bred Chestnut Colt by Dialed In. Who ran 3rd in the Derby and was my Derby pick a few years ago. Trained by Antonio Sano and ridden by Eclipse Award Jock Javier Catellano. Good? He has won $1.17M. Ran 3rd in the Florida Derby last out. He’s good and he likes an off track. Bad? Always Dreaming buried him in the Florida Derby and could have won by more than the 5 lengths he beat State of Honor and the 6 1/2 he beat this guy. Strictly a closer and the race shape is against him. Underneath. 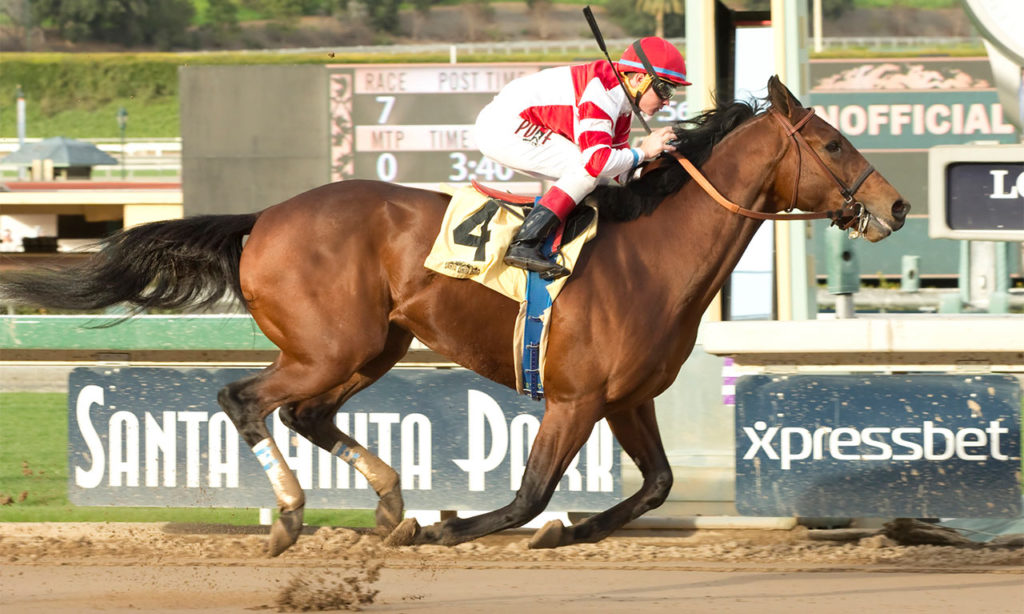 11. Battle of Midway. $410K yearling purchase Kentucky bred Bay Colt by Smart Strike — Curlin’s Sire. Trained by top trainer Jerry Hollendorfer and ridden by west coast star Flavien Prat. Good? Strong second in the Santa Anita Derby last out in only his 4th start. Plus he likes an off track. And he’s 30 to 1. Bad? Not much. This guy is 2 for 4, with excuses in his 2 losses. Which were a second and a third. Contender. 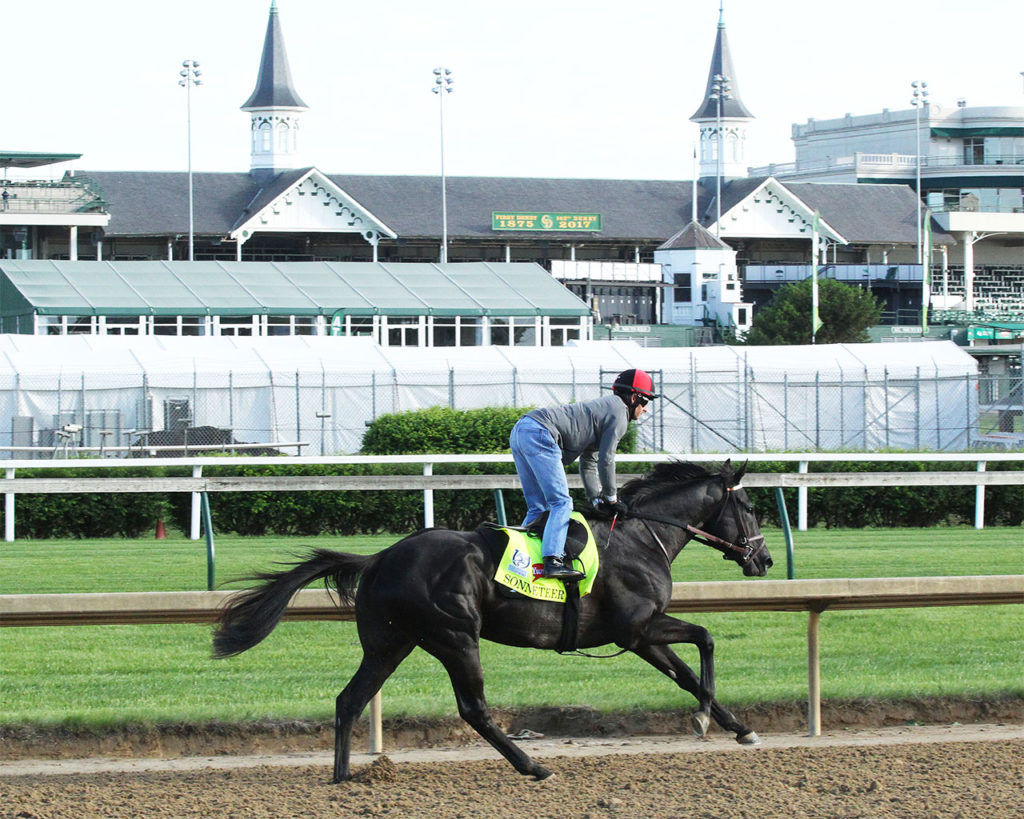 12. Sonneteer. Kentucky bred Dark Bay or Brown Colt by 2 time Sprint Champ Midnight Lute. Trained by Keith and ridden by Kent Desormeaux. The Louisiana brothers who brought us Exaggerator to win the Preakness last year. Good? He ran 4th in the Arkansas Derby last out. He’s earned almost $300K. Bad? He’s had 10 starts. 10 losses. Big longshot who could run in the money. Use underneath. 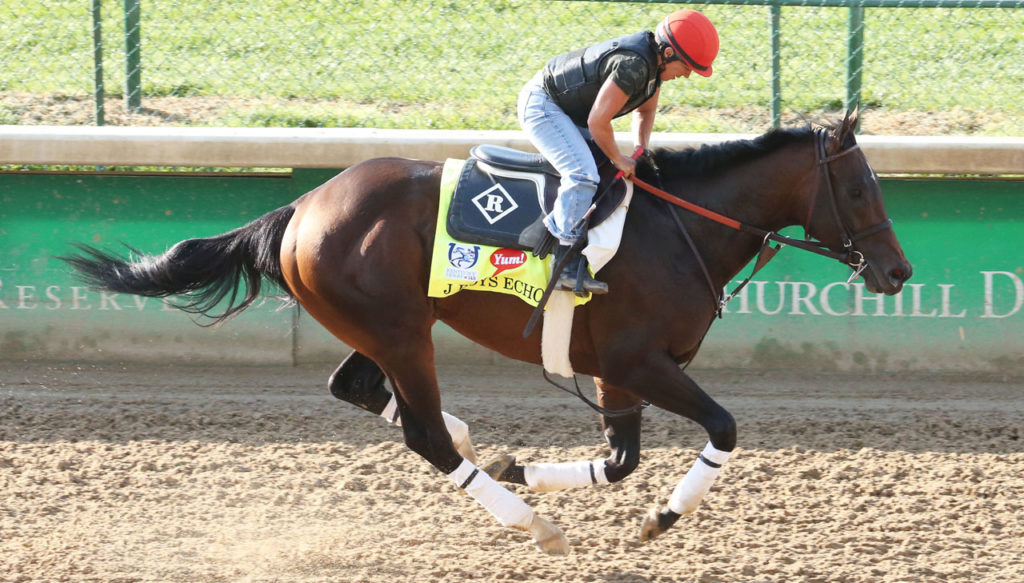 13. J Boys Echo. $485K yearling purchase Kentucky bred Bay Colt by Mineshaft – Horse of the Year. Trained by top trainer Dale Romans and ridden by recent Gulfstream Champion rider Luis Saez. Good? He ran 4th in a troubled Blue Grass last out. He won the Gotham in New York prior. Bad? 3 horses in this race beat him last out. Today? Underneath at best. 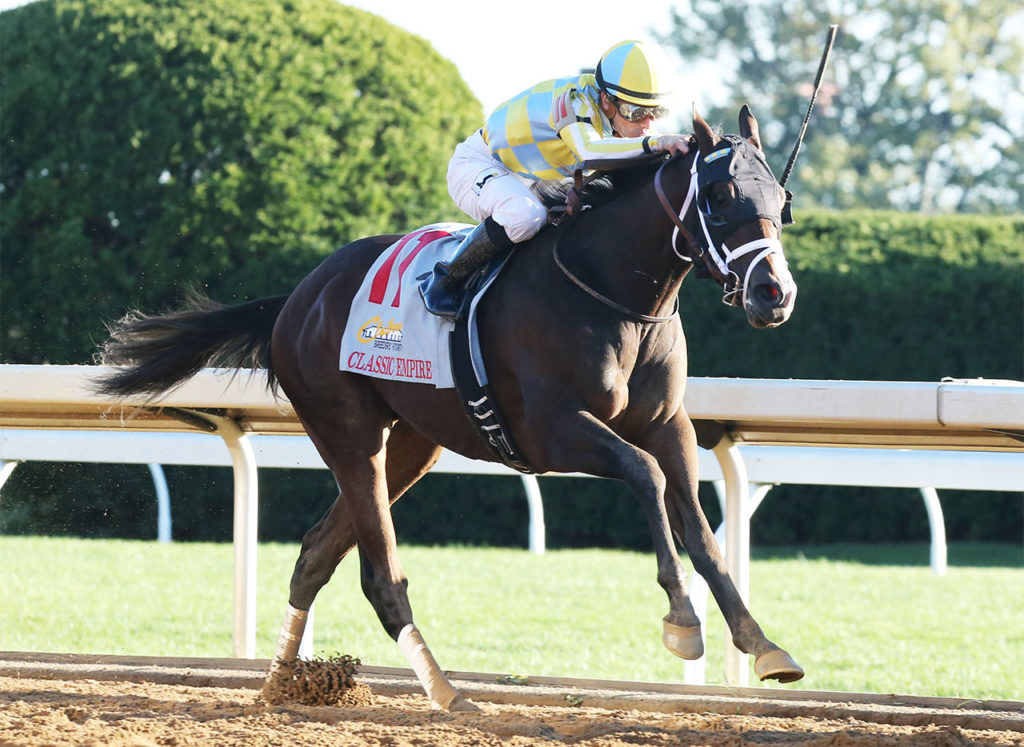 14. Classic Empire. $475K yearling purchase Kentucky bred Bay Colt by Pioneer of the Nile. Trained by top trainer Mark Casse who also saddles #6 State of Honor in this race, and is ridden by top class rider Julien Leparoux, who got off multiple horses in this race to ride this one and is 5 for 6 on this colt. Good? Last year’s 2 year old Champion and Breeders Cup Juvenile winner. Won the Arkansas Derby last out. He’s this race’s leading money winner with $2.12M in the bank. His only losses had excuses. And all systems are now go. Very Dangerous. May be the favorite. Plus he likes an off track. And he’s 2 for 2 at Churchill. Bad? He’s lost some training due to injury. 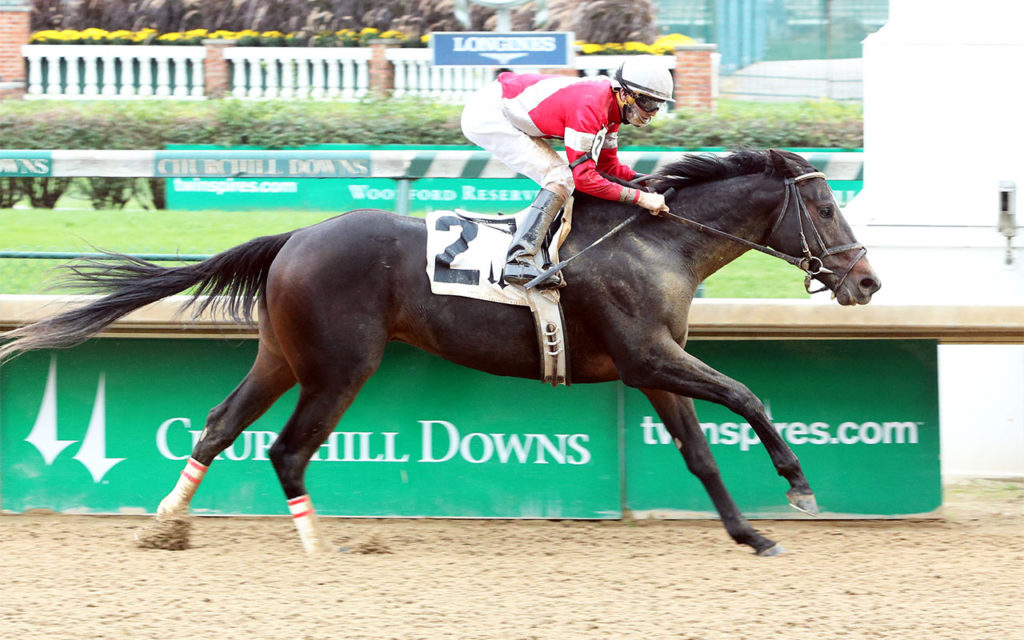 15. McCraken. Kentucky bred Bay Colt by Ghostzapper. Trained by solid Ian Wilkes and ridden by hot Kentucky rider Brian Hernandez who in 8 Churchill starts is 4-2-2. Good? This colt is 4 for 5 including whipping 2 of these. Plus he’s 3 for 3 at Churchill. Bad? Ran 3rd to a maiden in the Blue Grass. Will be overbet. Use underneath. 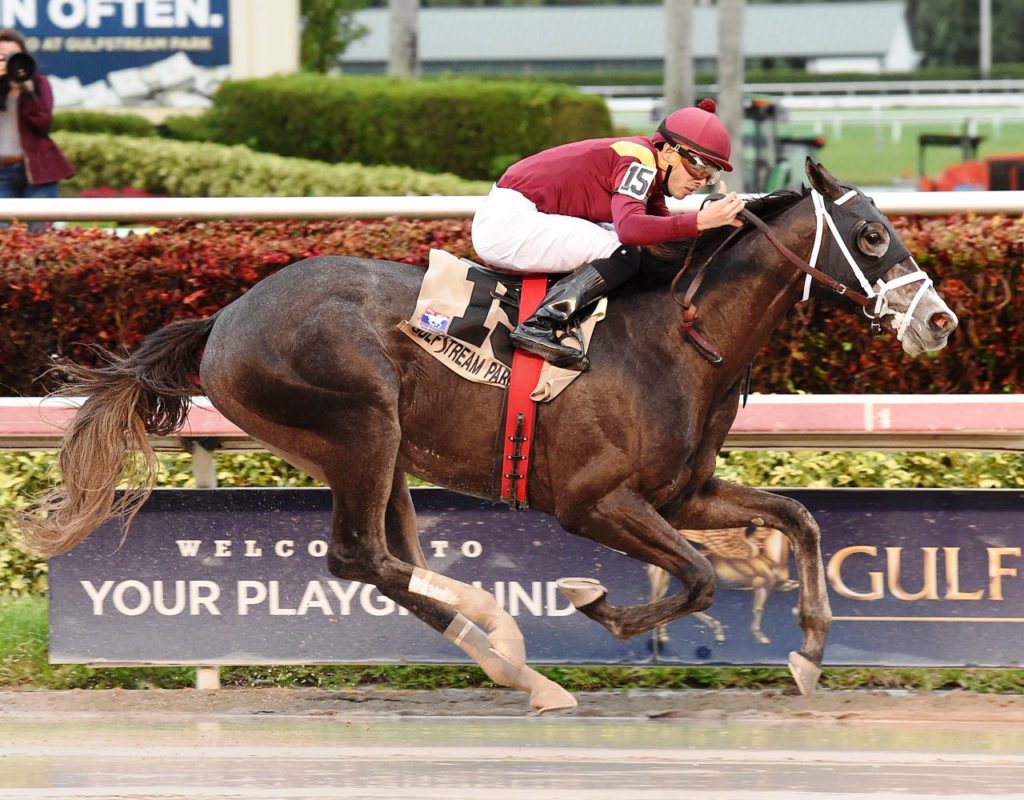 16. Tapwrit. $1.2M yearling purchase Gray Colt by Tapit. Leading Sire. Trained by Todd Pletcher and ridden by Jose Ortiz. Good? This colt is 3 for 6 including a galloping win in the Tampa Bay Derby. He was a troubled 5th in his last out, the Blue Grass. Plus he likes off tracks. Bad? He was beaten by 3 of these in the Blue Grass. Use underneath. He may go off at 20 to 1. 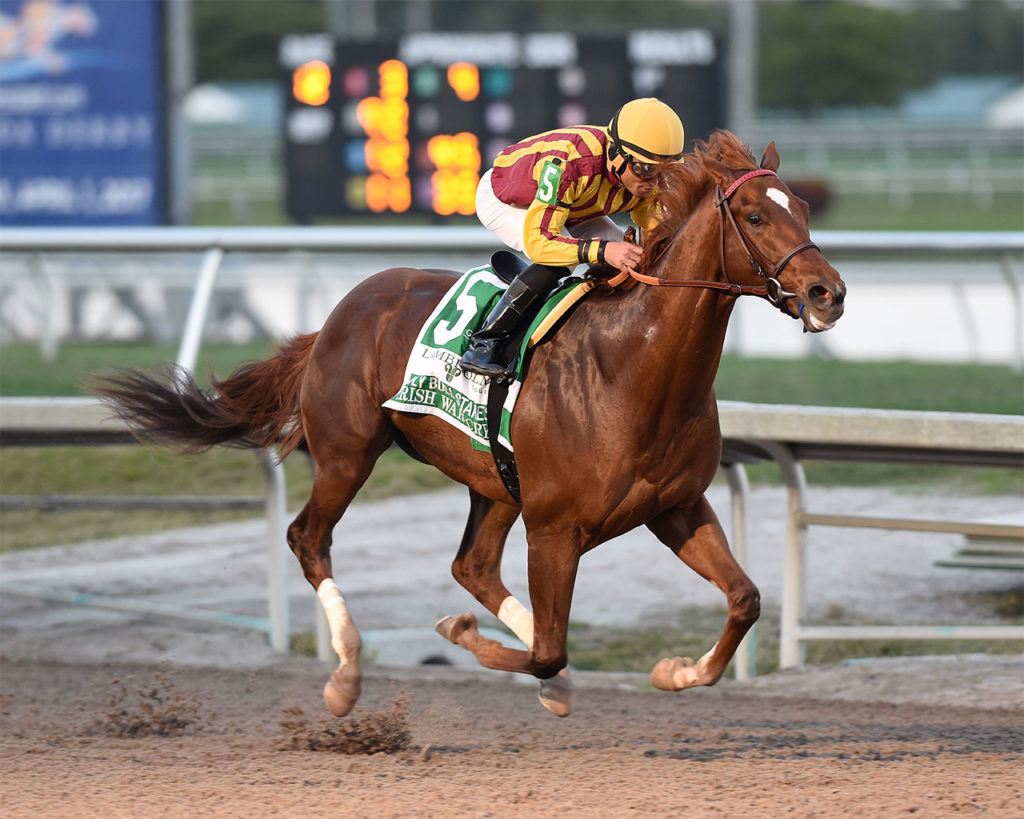 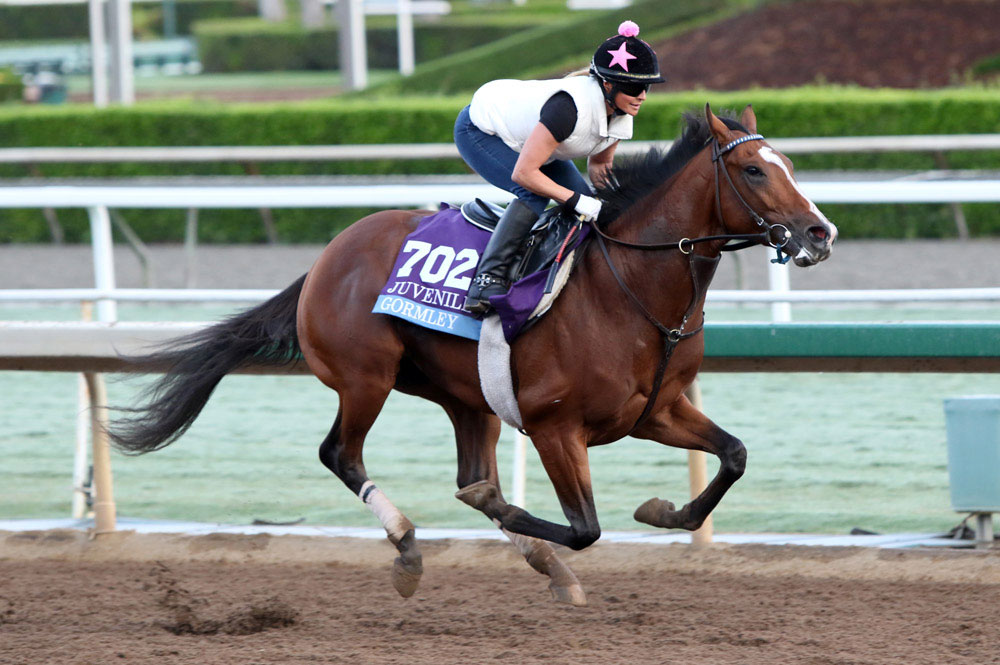 18. Gormley. Kentucky bred Bay Colt by Malibu Moon who sired Derby winner Orb a few years ago. Trained by John Sherriffs and owned by Jerry and Anne Moss, who together won the Derby several years ago with Giaccamo. And ridden by multiple Derby winner Victor Espinoza. Good? Lots. He’s won 4 of 6, over $900K, including the Santa Anita Derby last out, and he’s never been favored. He’s 15 to 1 here. Bad? #14 Classic Empire buried him by 16 in the Breeders Cup Juvenile. 16! Yet he is a definite contender. 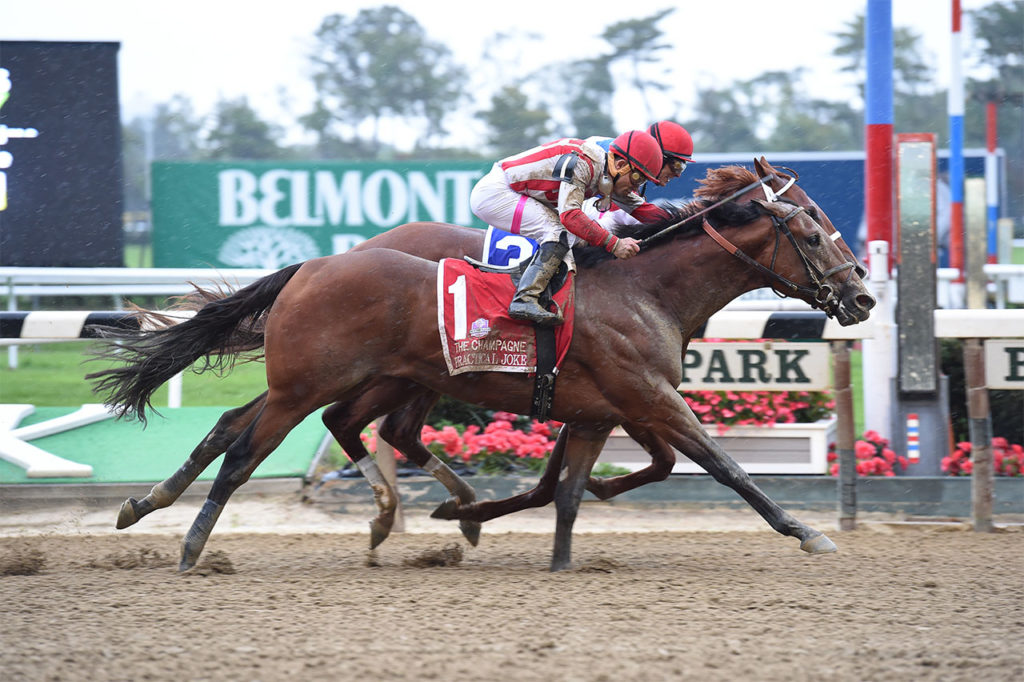 19. Practical Joke. $240K yearling purchase Bay Colt by Into Mischief. Trained by Chad Brown, who wins stakes races by the bushel basket full. Ridden by Joel Rosario, who won with Orb a few years back. Good? He’s earned over $1M in only 6 starts where he is 3 wins, 2 seconds, and a third. Plus this is against top company. The Derby will be his 3rd start this year and I expect him to run his best race. Last year he won the G1 Champagne at Belmont and the G1 Hopeful at Saratoga. And he took 3rd in the Breeders Cup Juvenile. Bad? 314 Classic Empire dusted him by 7 3/4 in the BC Juvenile. #10 Gunnevera beat him 5 3/4 in the Fountain of Youth at Gulfstream. And #9 Irap beat him in the Blue Grass. But he’s a contender. He practices every day in a barn full of stakes horses.

20. Patch. Kentucky bred Bay Colt by Union Rags. Yet another Todd Pletcher trainee. Albeit, a 3rd or 4th stringer. He’s ridden by upcoming young Miami jockey Tyler Gaffilione. Good? In his last and only his 3rd lifetime start, he ran second in the Louisiana Derby. Bad? He’s got one eye and it’s his right eye. He’s in the 20 post and can’t see the horses inside him in the run to the first turn. Too much to overcome against these. Toss him out.

The last Four Derbys were won by horses coming just off the pace. The big closers never get there. You’ve got to be in the top 4 turning for home.