Backcountry Skiing In The Sierras – The Rugged Male 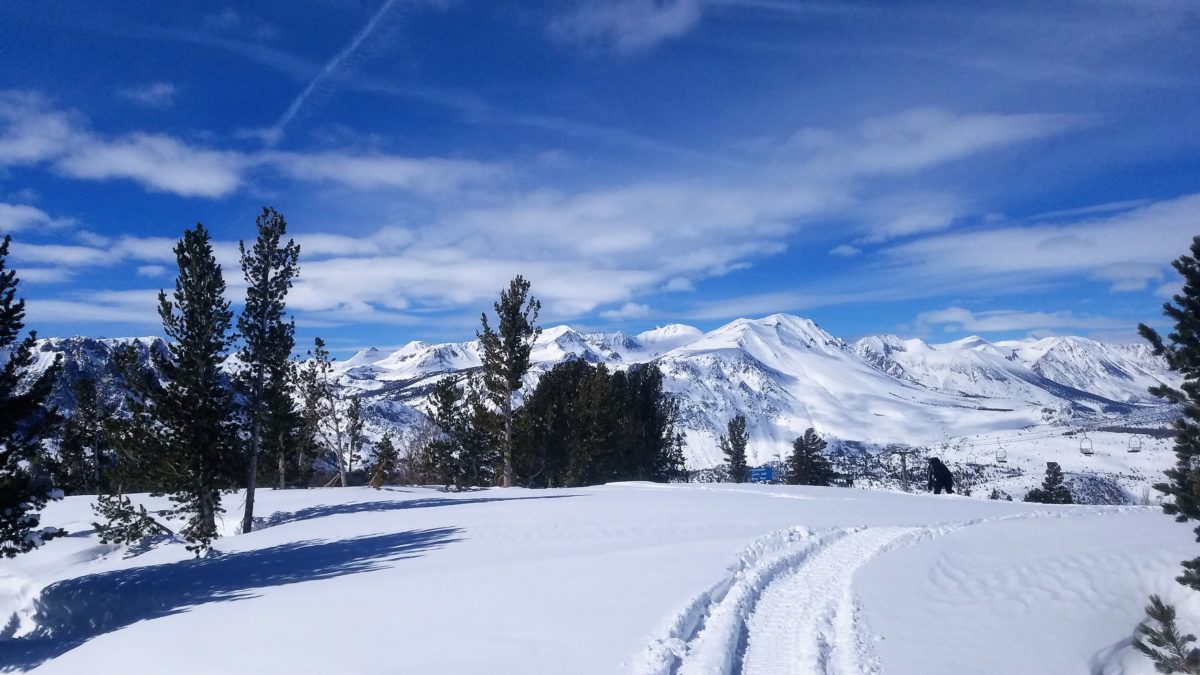 Backcountry Skiing In The Sierras

We got a late start that Saturday morning. We had skied hard on Friday and hit the town even harder in the evening.  We started with dinner at the local’s local, an authentic mountain restaurant where my friend Nick knows everyone. It’s the type of spot you covet on a trip like this; locally owned, rustic, great food and always full of characters.  Each time our waitress brought anything to our table, it was accompanied by a round of tequila shots; and they were going down like canteen water.  My back and knees were quickly lubricated and Nick wanted to check another spot on the way home.  I wanted to be well rested for our backcountry excursion the next day, but it was Friday night so I saddled up.

The next stop was a bar attached to a lodge and they were having karaoke night. Karaoke is never an attraction for me, but in mountain towns it’s always better for some reason.  Nick’s name is called shortly after we arrive.  He grabs the mic while holding his draft beer in the other hand and serenades the crowd with a haunting rendition of David Allan Coe’s You Never Even Called Me By My Name.  Wow, who knew? I thought to myself – he has done this before.  He was definitely in the running for best performance with stiff competition from some guy crushing Killin In The Name Of by RATM, (not an easy song).  At one point I see a guy take his shirt off and put his index fingers on his temples imitating a bull and running across the dance floor toward his matador girlfriend.  I shoot Nick a flare, we settle up and head home in preparation for tomorrow’s big day.

As I mentioned, we were up at the crack of 9am.  I got dressed and went outside to load some gear in the truck and check the weather. It was a bluebird, with morning sun beaming through ice crystals in the snow filled pines.  Apparently, we picked up 4-6 inches at base elevation overnight. As Hannibal Smith says – “I love it when a plan comes together”. 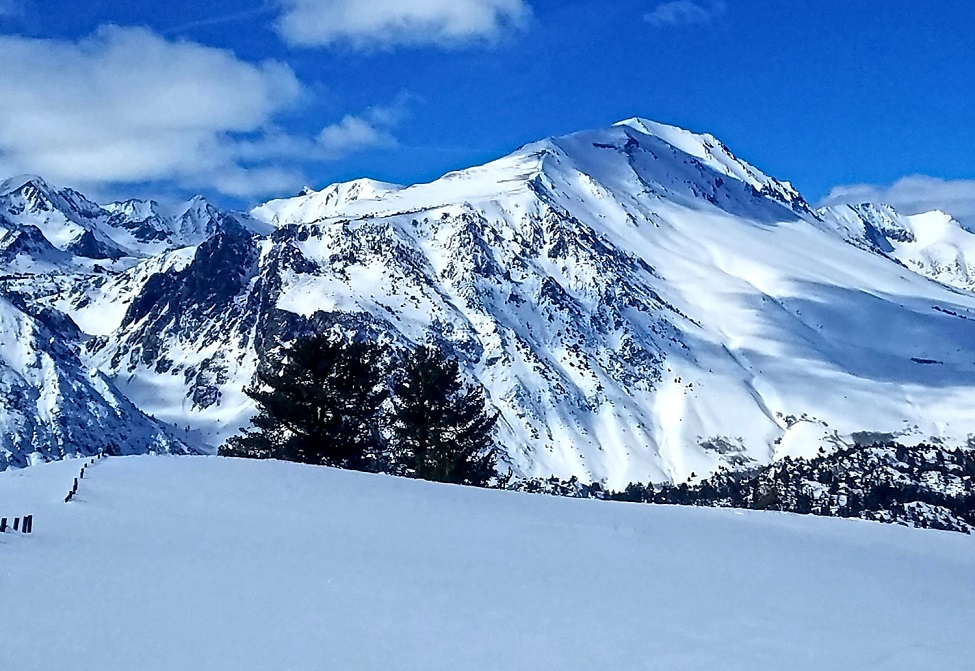 It was Saturday morning in the Sierras and the plan is always to avoid the weekend sheep and go off-piste for a more peaceful and rewarding day. Mother Nature was on board. While I’m throwing my gear into Nick’s truck, our other friend Kevin pulls up with his girlfriend Marlo. They both rip on snowboards.  I love skiing with snowboarders, not sure why, but I do.  Maybe its because the skiing crowd has gotten snobby and annoying with their gadgets and apps.  Snowboarders smoking weed on the chairlift have become the new old school to me. Case in point, Kevin is sipping from a flask and when I ask what’s in it, he says tequila and offers me a blast.  I oblige.  Breakfast of Champions, why not.  The plan is definitely coming together.

Nick joins us in the driveway and throws his skis into the truck.  Going backcountry skiing requires a strategy to get up the mountain, preferably more than once.  There are basically three ways to accomplish this; snowmobiles, hike, or use a hybrid strategy.  Fortunately for me we were following the latter.  We will drive to a small ski mountain and ride their lifts up, then duck under the ropes and venture out of bounds into the backcountry to find our secret stash.  I was thrilled to learn this as I’m always in favor of taking a lift up the mountain. Call me crazy.

It’s a short drive to an even smaller mountain town and ski lift.  We hook up with our pal Billy who is a local legend. He is yucking it up in the parking lot with people tailgating. Not apres ski .. pre-ski tailgating. So awesome.  Anyway, Nick drops the three of us and takes off in his truck with Billy. I didn’t pay much attention as I was looking for the men’s room and trying to assess the weather and more importantly how many layers I was going to wear.  I hate being hot & restricted, but I also hate getting cold.  It’s quite a dance, especially when you are a Virgo and overthink everything.

Nick and Billy return and I later find out they had left a truck a couple miles away where we intend to pop out of the woods after our first run.  A necessary part of the strategy and my kind of backcountry skiing I thought to myself.  As I looked at the blue sky and new snowfall, I thought, this is going to be a great day, with a great crew.

We head to the base lift and take that to another lift. Finally, at the summit we huddle and have a brief chat about our plan & safety.  Nick hands me an avalanche beacon and does a quick test to make sure it works.  Billy explains the route which is going to be tight single track at times, other times we will be hiking.  He will take point as he knows the area the best. Kevin, Marlo and myself will be in the middle and Nick will play sweeper to make sure nobody gets left behind.  Billy and Nick instruct us to make noise when we go out of bounds, similar to hiking in bear country.  Whistle, hoot & holler so everyone can hear everyone as we will often not be able to see the whole group.  We bomb down a groomer following Billy and when we see him take a hard left and duck the ropes, we follow suit.  Our adventure has begun!

We are quickly in single line formation on a tight single track through the forest.  You might be wondering why there is a single track if we are skiing out of bounds in the backcountry. The single track is created by other well-informed locals that know how to get to the secret spots.  It’s a like a game trail and we are all looking for our feast.  While we are not going fast, we are going downhill in a thick forest. Dodging tree branches filled with snow is as much a challenge as looking for the next opening where you can try to catch an edge to slow down. Our route is thick with almost zero visibility of the person just 20 feet ahead. Sometimes the bluebird sky peaks through and other times the canopy is just too dense.  It’s mildly challenging but enough to keep you 100% focused. It’s peaceful, beautiful and quiet, with only the sounds of the forest. Well, that and my friends hooting and hollering like a bunch of crazed baboons.

We get to an opening where we can all stand together on a knoll and regroup.  Our chosen path is to fall off the side of the mountain into a gully. Next we will hike up a mountain spine to gain some vert so we can traverse again to our final destination.  The gullies are where you can get into trouble in the backcountry with even the slightest of avalanche. Snow can fill in quickly and deep as there are walls on both sides. 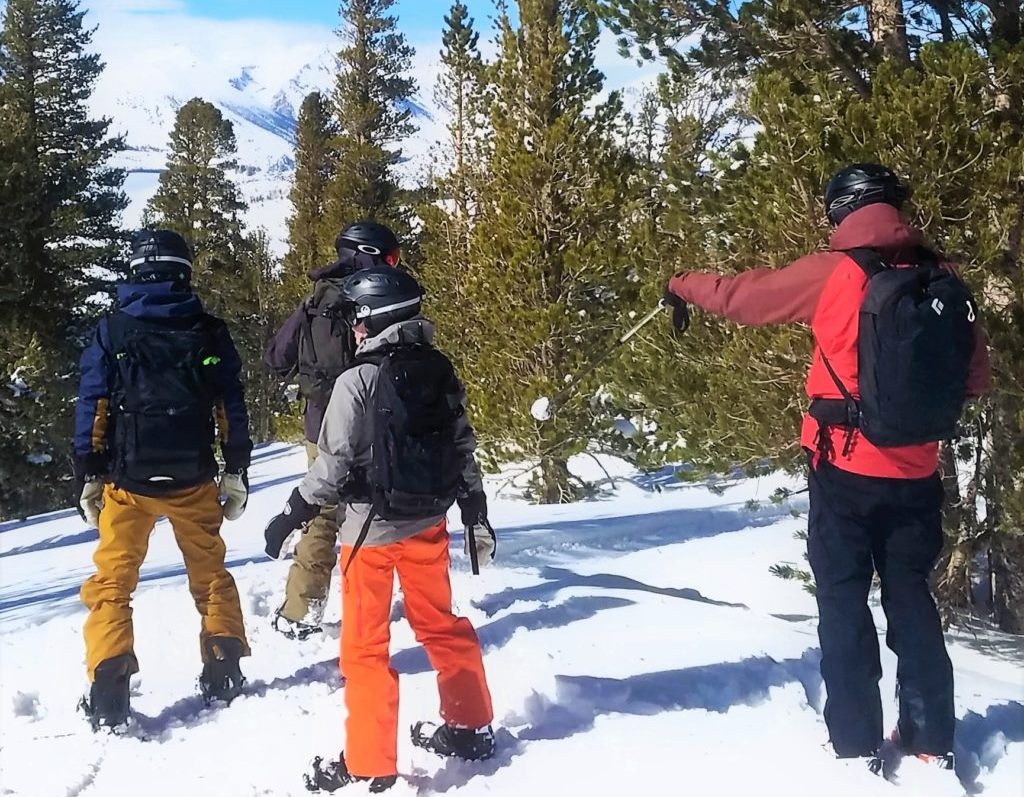 We continue on a much steeper single track down into a ravine.  Now our group is much farther apart with no visibility of the next person.  It didn’t matter because all your focus had to be on the tracks and branches in front of you. The hooting and hollering has picked up to maintain proximity and safety, and it works. It’s a little creepy out there when you cant see anyone and you are a first timer on the route.

We finally make it to the base of the gully.  Now for the fun part – hiking, uggh.  It was only my third day of the season.  You can do all the sand running and squats you want but like the NBA players say, nothing gets you in game shape except playing the game.  It was clearly game on for me.  I eject and throw my Rossi’s on my back and begin hiking a steep wall out of the ravine, in three feet of snow.  I had the luxury of being fourth so I could follow the footholds of my comrades making it slightly easier, but not without a lot of huffing, puffing, sweating and frequent stops to catch my breath.  Nick still playing sweeper is about 20 yards behind me.  He was fiddling with his equipment which gave me extra time to get ahead before he came to kick my tired ass.  Thirty minutes later I reach the top of the gully wall and see Billy, Kevin and Marlo clicking back into their boards for the last traverse.  I am stoked, soaked and relieved.  I shed a layer, my hat, my goggles and hydrate hoping Nick takes his sweet ole time.

When Nick arrives, Billy explains the last leg of our run. We traverse for a couple hundred yards through the woods but within the fall line so we can stay clicked in.  When we reach the next mountain spine and see the trees open up on our downhill side, we have arrived.  I’m stoked for the last leg and eagerly anticipate our backcountry run. 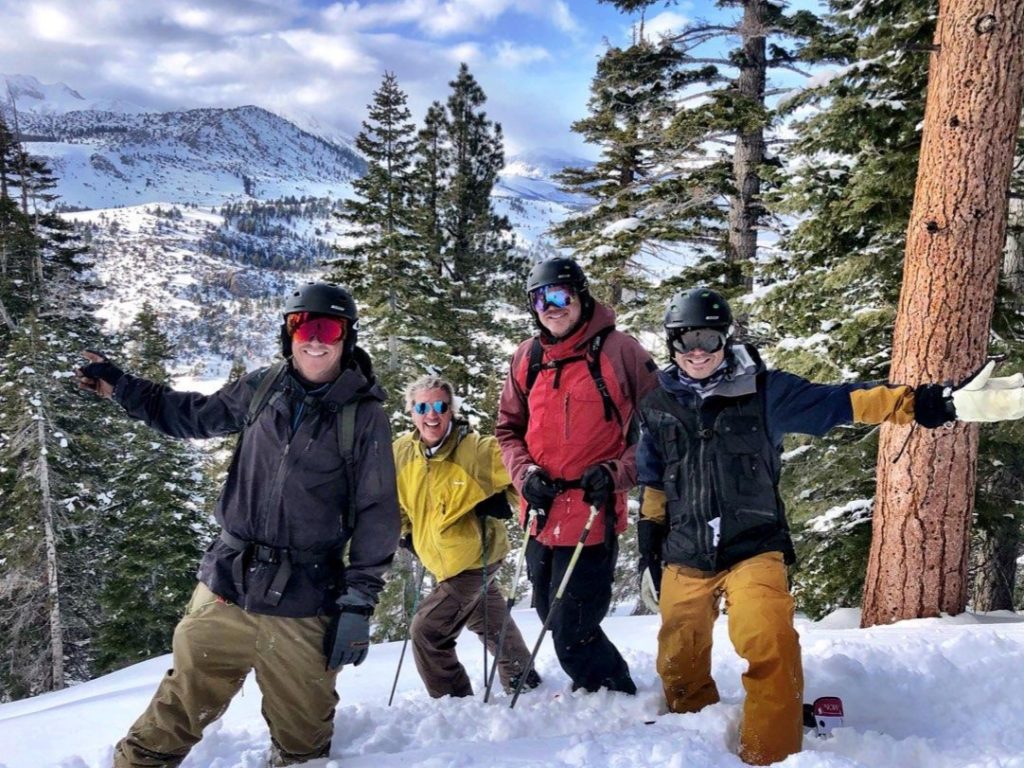 We get to the spot pretty quickly and Billy explains a deep crevice we want to avoid to our left.  There are basically no wrong turns otherwise.  “Stay with the fall line and keep yelling as we wont be able to see each other. We will be moving much faster”, explains Billy.

Like a search and rescue team we point our boards down hill and attack the fruits of our journey.  The snow gets deeper with every turn and I quickly lose sight of everyone in the trees.  I can hear the celebratory hooting with every turn through the untouched powder.  I quickly realize Nick had given up his sweeper duties and I am last in the group. No friends on a powder day, I thought.  Fair enough. After a half mile of buttery, steep and deep turns the fall line starts to flatten out and I can see my friends cheering me on. What a great feeling. With a massive smile, I emerge from the forest literally into someone’s back yard.  Amazing!

After several high fives, we put our gear on our backs and walk out of (someone’s) driveway.  We eventually make it to the truck that was left behind and we all jump in.  Nobody even has to ask the question – Do you want to do it again. 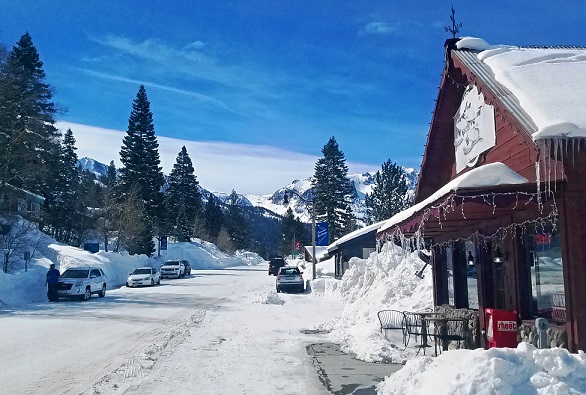