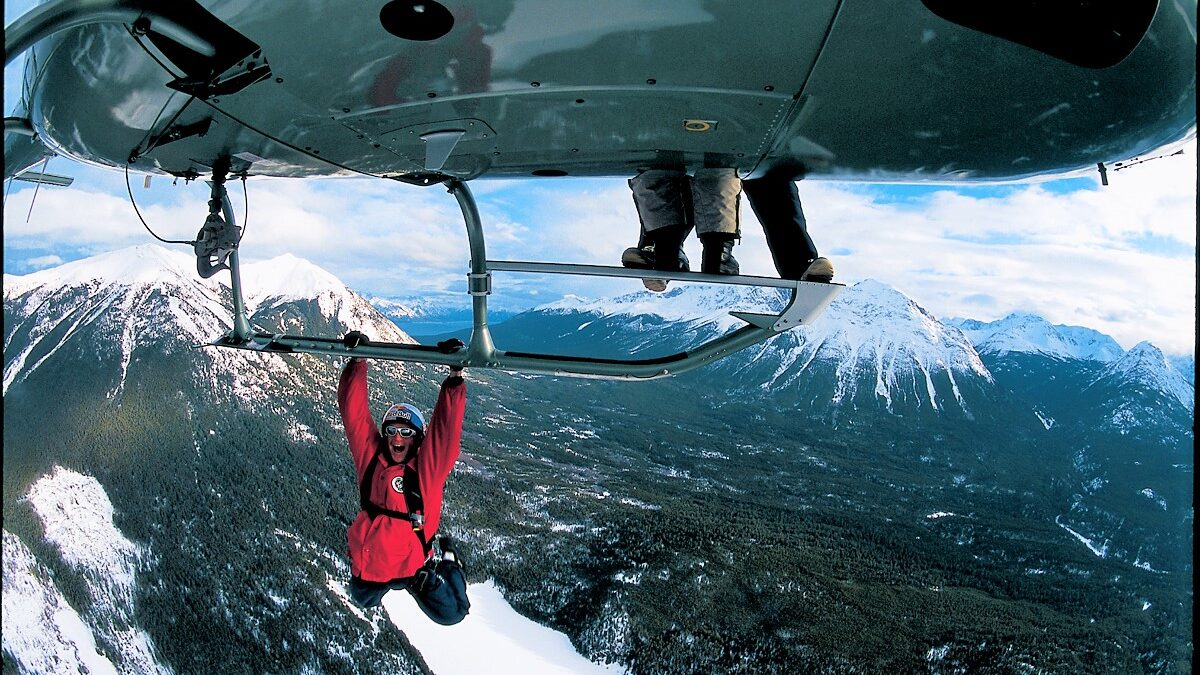 [Updated]  Documentaries about the outdoors have been in existence since there has been video.  Outdoor films inspire us to travel and learn about other communities, nature and conservation.  They get us off the couch and jumpstart parts of our minds that have stalled since we last embarked on an adventure.

We have by no means viewed the entire genre of outdoor adventure documentaries, but at this time, here is our list of the Best Outdoor Documentaries.   They are listed in no order.

Our Picks for Best Outdoor Documentaries 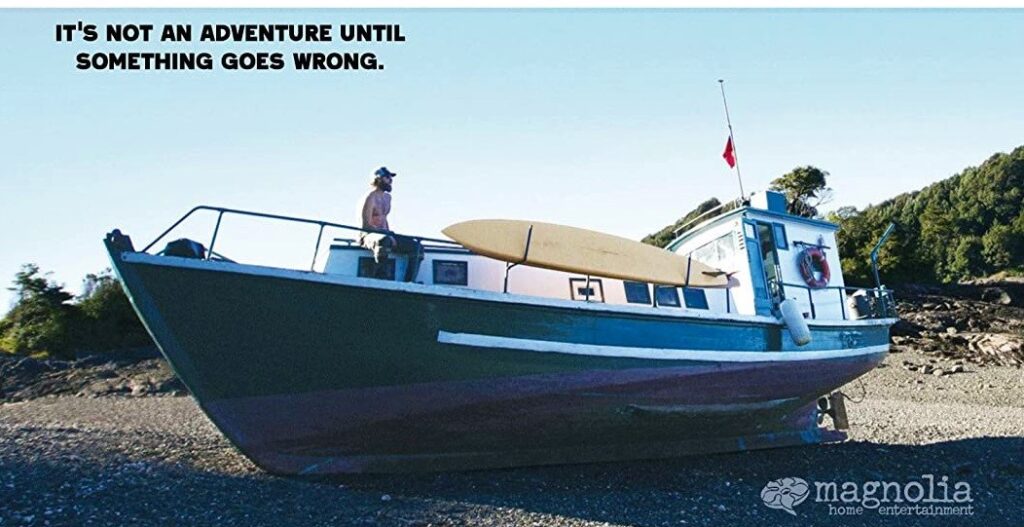 Directed by pro surfer and now accredited filmmaker Chris Malloy, “180 South” is an exciting and impressively filmed documentary about Jeff Johnson, who intends to follow in the footsteps of his idols Yvon Chouinard and Doug Tompkins who drove down the Pan American Highway to climb Corcovado Mountain in Patagonia in 1968.  Jeff is taking a 40 ft. sailboat instead of a van.  Yvon and Doug are the founders of Patagonia and North Face.  This documentary is about adventure, human spirit and protecting the earth.  It’s impossible not to be inspired if you are an outdoors enthusiast. 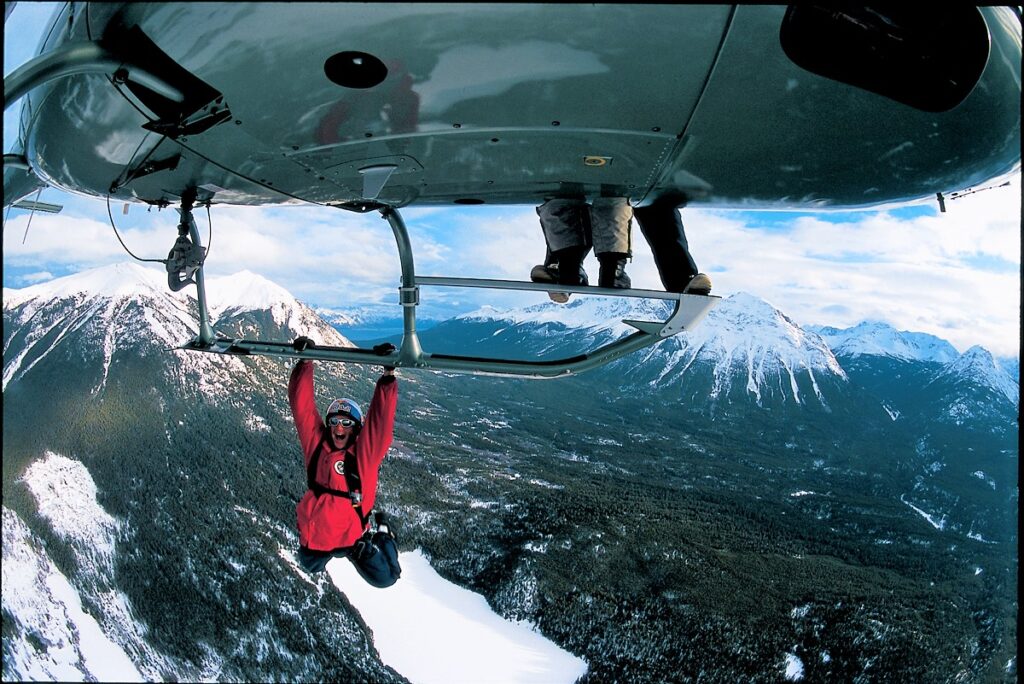 McConkey is a much more than a documentary about extreme skier Shane McConkey.  This film takes a deep dive into life of a pioneer of extreme skiing and the legacy Shane left to the progression of his sport.  Through his talent and ability to use irreverent humor, he inspired countless lives. The film follows Shane from childhood to his days as a professional freeskier.  In addition to amazing skiing and stunts, the film is chock full of humor showing some of the many pranks Shane has pulled throughout his life.   As someone who has skied on his home mountain, Squaw Valley for 25 years and met him a few times, I was surprised how much I did not know and was impressed by Shane McConkey.  The film features interviews from notable athletes and friends of Shane such as JT Holmes, Tony Hawk and Travis Pastrana.  It’s a blue bird of a film, not to be missed. 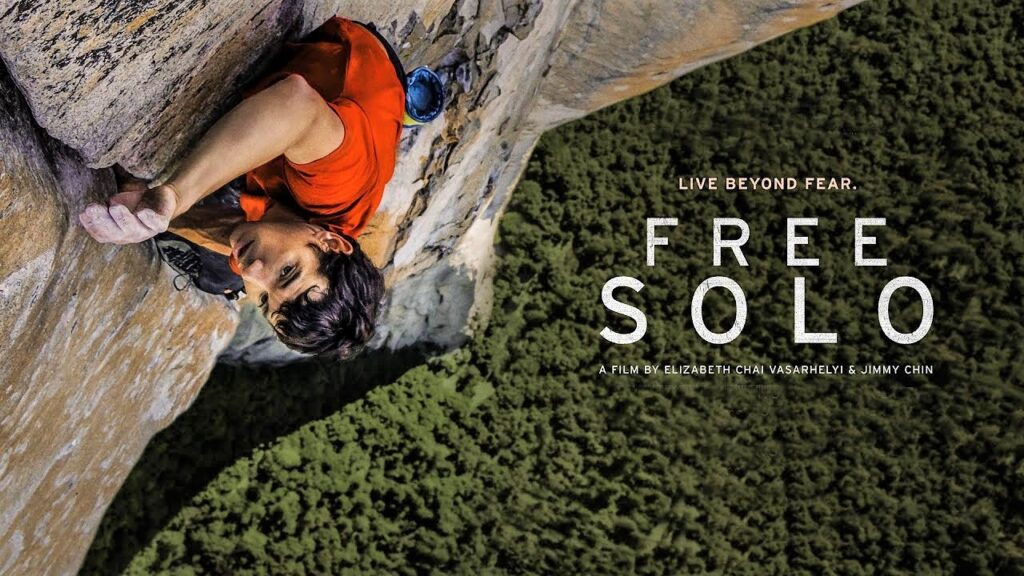 Free Solo is an amazing outdoor documentary directed by Elizabeth Chai Vasarhelyi and Jimmy Chin, that profiles rock climber Alex Honnold on his quest to perform a free solo climb of El Capitan in Yosemite National Park.  It’s never been done before.

Only Alex Honnold could deliver a documentary premise that would get the entire world talking about climbing. Free Solo presented a feat that anybody would find astonishing, climbing El Capitan with no ropes.  The film will get your heart racing even though you know outcome.  You will be on the edge of your seats looking at the amazing cinematography. 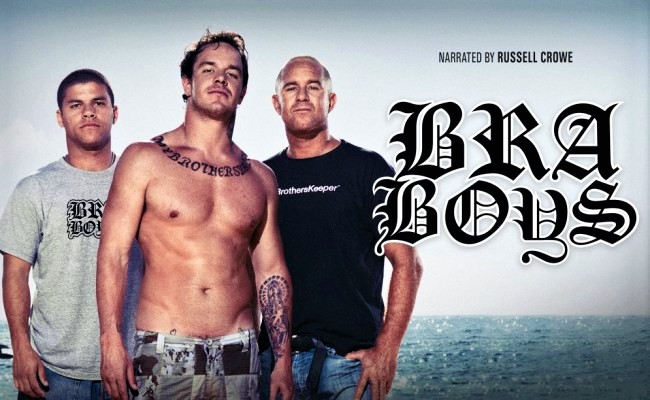 Bra Boys is an Australian documentary about a surf gang on one of the roughest beaches in the world,  Maroubra Beach.  The documentary became Australia’s highest-grossing documentary film and won the Best Documentary award at the 2008 EXTRA Filmink Awards, to give you some street cred.  The film is not really about a gang so much is its about decades of socio-economic conditions in beach town on the coast in Sydney.   The film details the story of the Bra Boys mainly from the viewpoint of three brothers and their close friends who clung to surfing and to each other to survive and thrive growing up in Maroubra beach.  Narrated by Russell Crowe this is not your typical surf localism film. It will blow your mind. 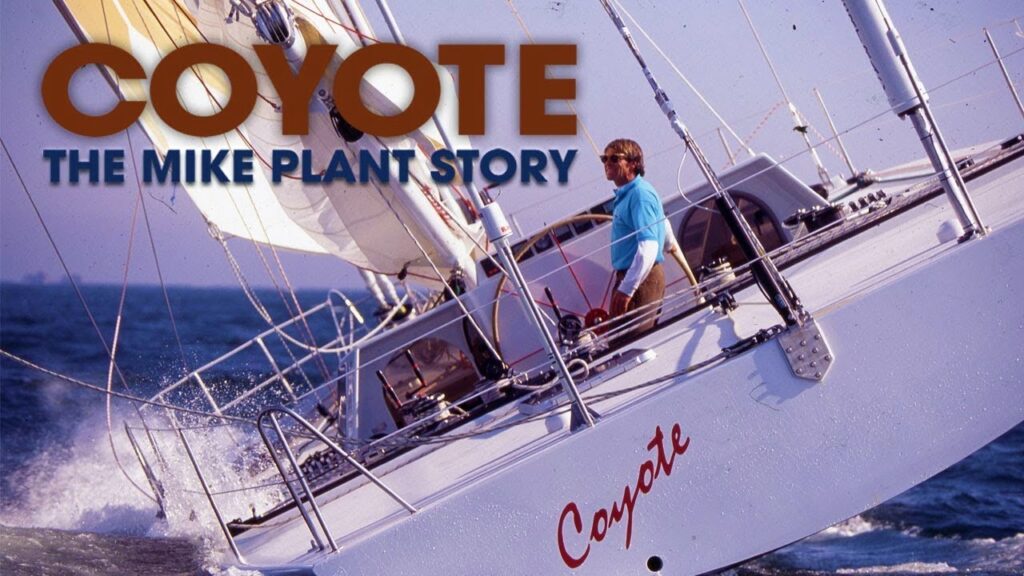 This is not your typical priveleged, country club sailing documentary.  Mike Plant was not wealthy, did not grow up on the ocean and did not own a sailboat. He was a captain of counterculture burning his way through life by an unconventional set of rules that almost lead him to a lengthy stay in an international prison. Upon a escaping capture, he found his passion, and apparently his calling as one of the top single-handed racing yachtsman in the world.  The two-hour documentary incorporates archival footage, much of shot by Plant during his sailing adventures.  COYOTE follows Plant’s daring spirit as he challenges both Mother Nature and French dominance in the sport of racing sailboats around the world by yourself.  One of the best documentaries that nobody talks about with real footage and interviews that plays like a movie more than a documentary.  In short, it’s good stuff! 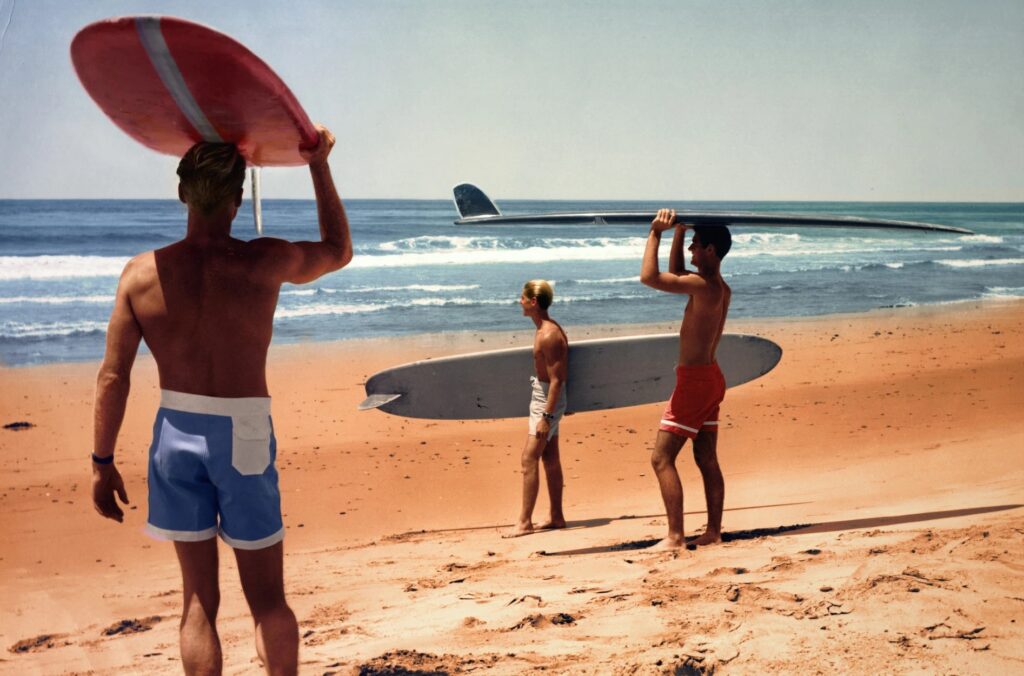 Perhaps the de facto standard in outdoor adventure documentaries.  This 1964 documentary follows surfers Mike Hynson, Robert August and a few others on a surf trip around the world as they chase summer.  This film catapulted surf culture around the world and earned a review of “A Perfect Movie” by The New Yorker.

With Brown’s witty narration and its island vibe driven by guitar instrumentals from surf rock band, The Sandals.  Mike and Rob leave their California home to visit Hawaii, Australia, South Africa and other secluded surfing spots in a search for the surfer’s holy grail that Brown dubs “The Perfect Wave”. If you are working your way down this list, Endless Summer is the perfect place to start. 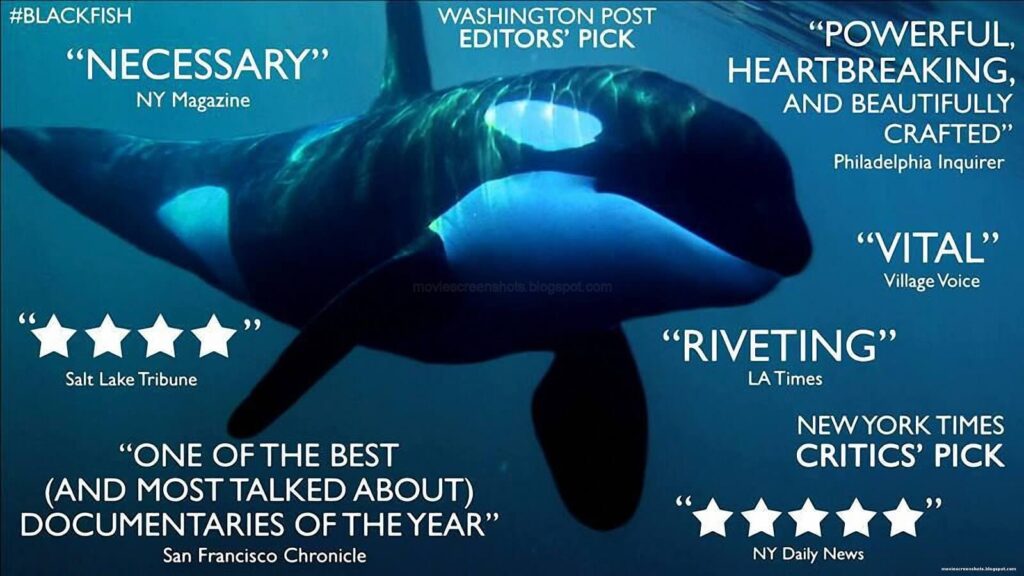 This documentary concerns the captivity of Tilikum, an orca involved in the deaths of three people, and the consequences of keeping orcas in captivity. The documentary includes the gruesome capture of orcas and saddening separation from their families off the coast of Iceland.  Director Gabriela Cowperthwaite uses shocking footage and emotional interviews to present a convincing case against keeping these wild animals for human entertainment.  When you are done watching all you can think about is how these beautiful and smart creatures are treated at night when the lights are off and nobody is at Sea World. 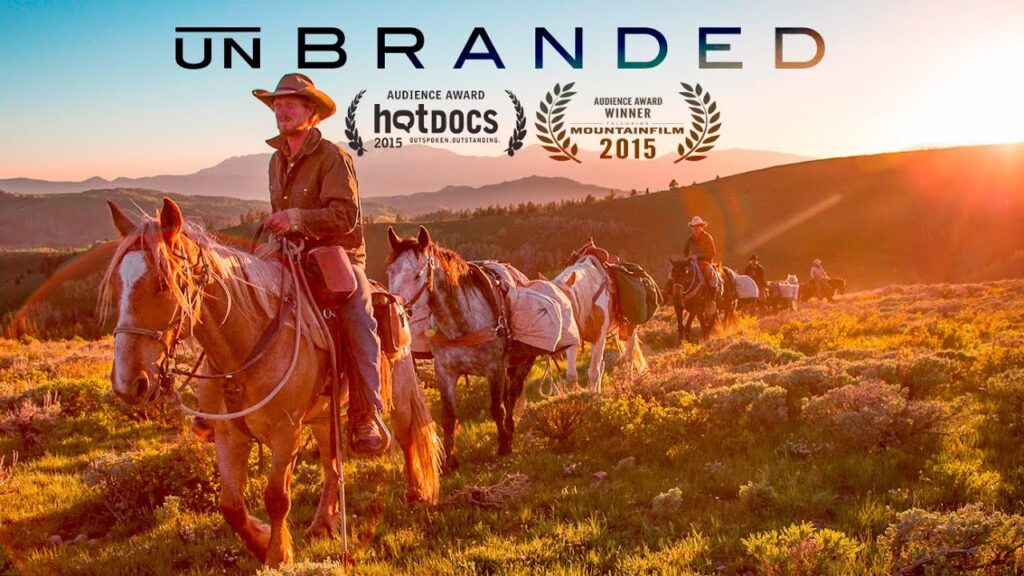 Unbranded follows four men and sixteen mustangs on an epic 3,000-mile journey from Mexico to Canada through the American West to inspire adoptions for the 50,000 wild horses and burros in government captivity.  But it’s also largely about bunch of cool guys who just graduated from college going on an epic journey.

The film is robust with amazing scenery and the production is top notch.  You can’t help but be inspired after watching this film.  Don’t sweat the causal marketing in the beginning about the century old struggles between landowners and government.  Let it breath and the film quickly settles down and becomes really fun to watch.  Its educational and inspirational.  Who knew that wild horses are a problem because there are too many on public protected land.  I thought they did a good job of explaining both sides and also not allowing it to impact the entertainment value.    I could do without some of the (Star Wars) type cinematic music scoring but its a very good documentary that probably would have been better served as a docuseries.  I can imagine how much awesome content they had to cut to make this documentary.