Betting on NBA Games - What To Look For 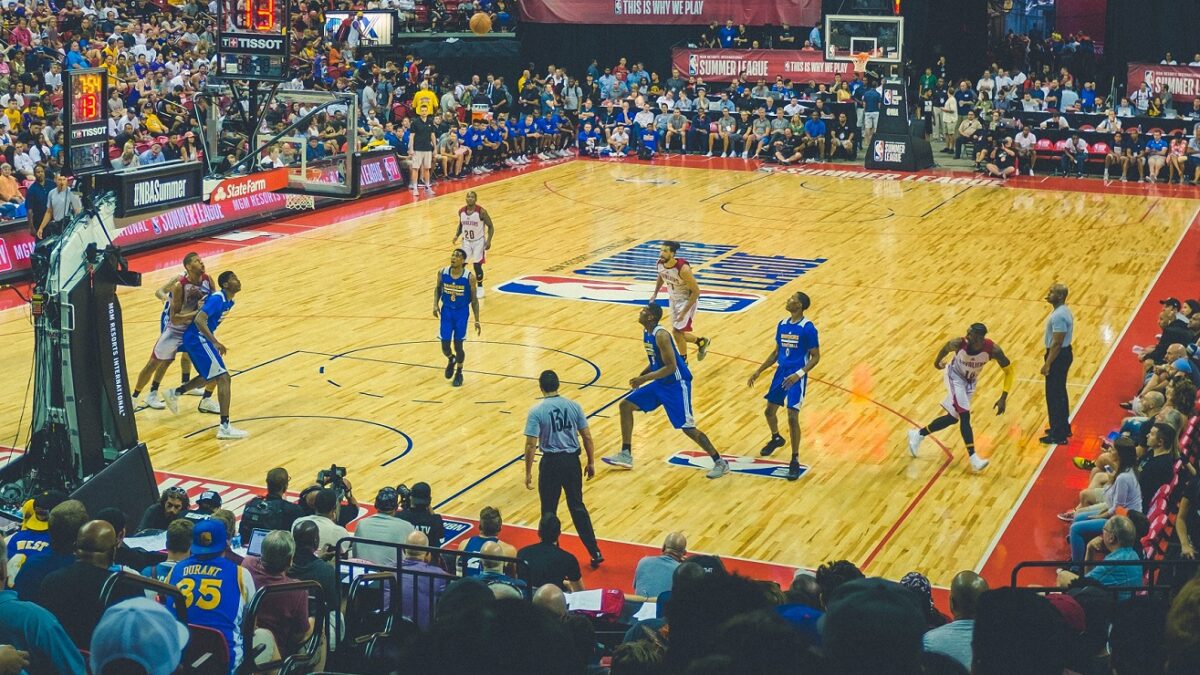 by Max January 4, 2022
Featured, How To, Sports
ShareTweet

Online sports gambling is becoming legal in more and more states.  New Jersey and Nevada both generated over $1B in revenue since legalizing online sports gambling.   The NBA season is nearing the All Star break and things are starting to heat up at the top of both East and West conferences. Predicting the NBA champion this year is as difficult as predicting the outcome of an NBA regular season game.

It is even more difficult to beat the point spread set by oddsmakers on NBA games.  However, there are ways to gain an edge betting on the NBA.  I have been doing it for over 15 years and will share with you some of the things to take into consideration when betting on NBA basketball. The best part is that there are games every night, which keeps you warm in the winter.

Betting on NBA Basketball – What To Look For

One of the best ways to gain an edge when betting NBA games is to place your bets early, before the line has a chance to adjust.  Vegas Oddsmakers get more information on games as we get closer to tip-off, so betting early allows you to capitalize on any mistakes on the initial lines before they are adjusted for injuries and other factors.  Remember the line is representative of what the public is wagering, not necessarily who is the better team.  This is what makes betting on the NBA an attractive wager.  Unlike the NFL, the NBA doesn’t have an entire week to adjust the line, often only two days as teams play 3-4 times per week.

Player injuries and load management have a huge impact when betting on NBA games. Unlike football, a basketball team only plays five players at a time, meaning one player can have more impact on the game than in any other team sport.

While you can gain an edge from betting early, sometimes you can find yourself in a tough spot if a player is a scratch just prior to tip off.  You’re only recourse if you truly do not like your chances is to place a wager on the exact opposite hoping you break even.

Although the NBA has taken steps to reduce the amount of back-to-backs, NBA teams will average 13 back-to-backs (two games in two days) this season. This places a tough burden on players who also have to travel and land in a new city at 3am, then get to their hotel, then must play that night.  Studies have shown that teams playing in the second game of a back-to-back win just 44% of the time.

Charles Barkley always used to say it was impossible to play in California then play in Denver the next night because of the time change and elevation (5000 feet).  The oddsmakers take this into consideration so often you see the Denver Nuggets favored by more points than expected when playing teams traveling from west coast.   For many years this was easy money, taking the Nuggets to cover in this situation.

An NBA Spread will account for a team that plays better at home.  All NBA teams play better at home because role players shoot better.  Curry, Durant, Lebron and all of the top 10 players in the league will play consistently regardless of what city they are in.  NBA Bench players are not as skilled and will typically shoot worse on the road than at home where they can sleep in their own bed and be in a routine prior to game time.

ATS stands for Against The Spread.  It’s always good to understand which teams are the best at betting the spread.  This shows you where the public is off, and the public wagering is always off.  For instance one of the worst teams in the league, the OKC Thunder, has the best 2nd best ATS record in the NBA this year at 23-13.  The Brooklyn Nets, lead by Kevin Durant and James Harden have one of the worst ATS Records in the entire NBA at 15-20.  See all NBA ATS Records here.

This is something I try to determine before I wager.  I like to bet the teams that have an axe to grind.  The NBA season is too long and sometimes players are just not feeling it.  But when a decent NBA team has lost three straight games, and have been getting ripped by their fans and media, they are gonna bring more energy than they typically do.

Another example is grudge matches or revenge games, in which a recently traded player is facing his former team for the first time. If they are a talented player, there’s a very good chance they will go off when playing their former team.  Demarcus Cousins did this when he dropped 41, 23 & 6 assists when facing the Sacramento Kings in his first game back.

This is one of the best sites out there to get updates in injuries and player news before you bet on NBA games.  Well organized and you can easily lookup any team  with the drop down menu.

Thanks For Reading and Good Luck!