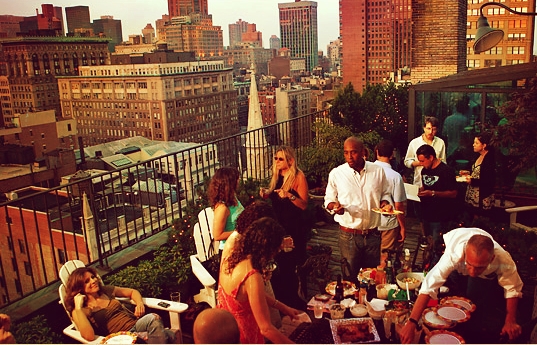 Fourth of July is here and you are surely going to attend some barbecues.  So if you are like this author, and resemble Hank Moody more than [insert any guy with a loving wife], then why not show up with a prepared dish instead of that $20 bottle of wine you picked up at the corner store, which is really a $10 bottle, marked up?

When you transition into your adult life, whenever that is for you personally, showing up at a dinner party or barbecue with a dish is MUCH more classier than bringing booze.  Bringing both is really the ticket, shows some thoughtfulness and you will avoid looking like the perpetually single or divorced guy.  You might even impress a lovely lass along the way.

This is where we come in.  Introducing Cholula (Rugged Male Platinum Sponsor!) Green Pepper Hot Sauce.  The Green Pepper Hot Sauce has slightly more kick than their regular red sauce, adding “a robust blend of jalapeno and poblano flavors with a touch of sweetness“.  It’s good on meat, seafood, vegetables .. hell we even add it to cottage cheese so you can at least get some excitement about eating .. cottage cheese.

OK, back to your barbecue.  Here is your Rugged Male Inspired Barbecue Dish, guaranteed to spice up your weekend and surely your social life.   Guaranteed Walk Off Homer at any 4th Of July event, because nothing says I’m American like … 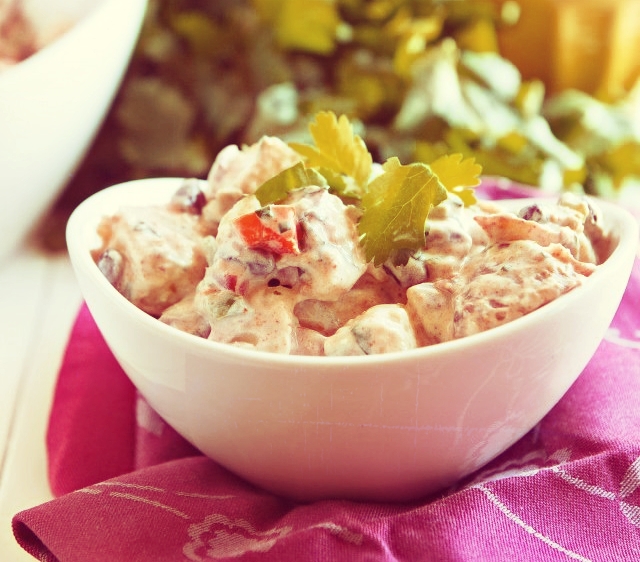 Boil some water in large pot. Slightly peel the potatoes, a couple whacks each with the peeler.  Throw them in the boiling water and let them cook until done.  (you should know how to cook potatoes).  Set aside to cool.

Cook your beans on low heat for 10 minutes with your diced jalapeno peppers.

Mix in a bowl the greek yogurt, Cholula, seasoning, peppahs and lemon juice. Stir well until mixed.  Cube the potatoes and throw them in the bowl.  Cover and place in the fridge to soak up the flavor for at least an hour.

Shower Up, put on your best concert t-shirt with ripped jeans and a cheap sportcoat.   Pick up a bottle of decent tequila and head to your barbecue.  Boom!

Good Luck Grasshopper .. .and Thanks For Reading!