The Coachella Effect on Los Angeles – The Rugged Male 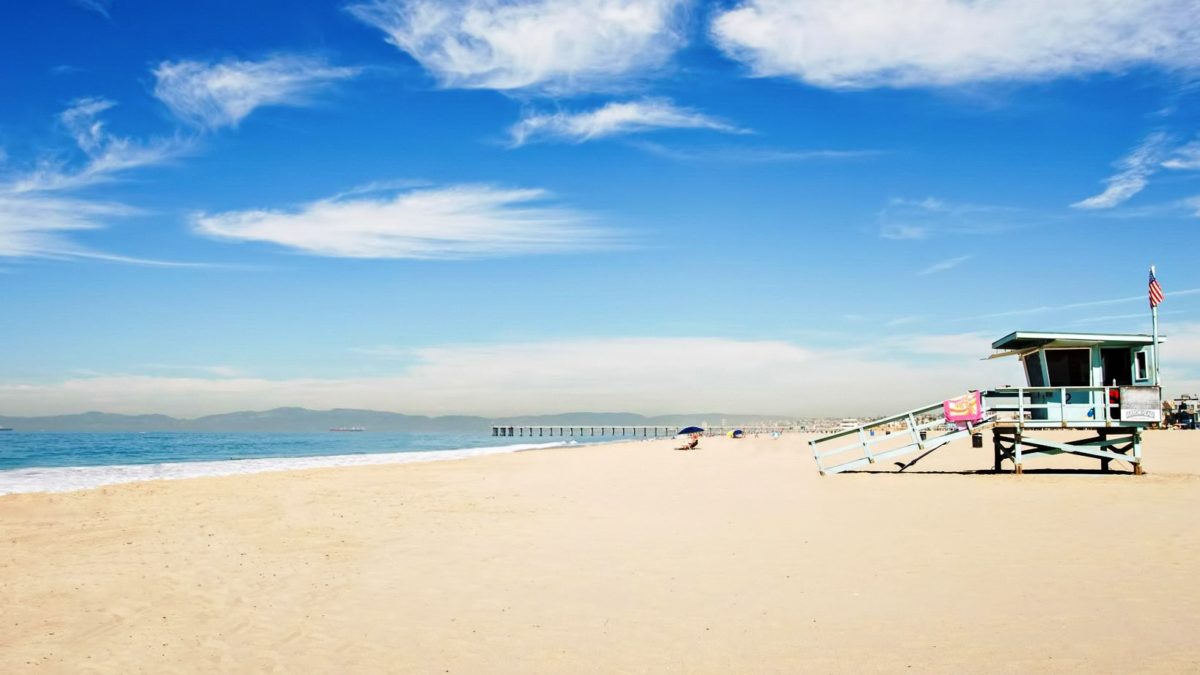 The Coachella Effect on Los Angeles

It’s that time of year when mother nature has a wide range of emotions like a pregnant teenage gorilla.  The sun shines bright and temperatures reflect springtime, only to flare up and drop several inches of snow just to remind us who’s boss.

It’s this kind of frustration around April that tempts us to take a trip somewhere warm and friendly.  The people on the East Coast start dreaming of their beloved Florida and Bahamas.  Folks out West have visions of margaritas and mai tais in Mexico and Hawaii.  But there is another destination that is perhaps the perfect place to visit in April – Los Angeles.

Why is it best to visit LA in April?  Is it because the mudslide season has ended?  Is it because the lingering winter winds keep air quality at its peak?  Is it because the Oscars just ended and all of Los Angeles is swooning in their liberal limousines? Nope.  Oh, it must be because ocean temps are rising and almost every surf break is seeing head high waves – that’s got to be it?   Try again.

April is the best time to visit Los Angeles simply because of the annual migratory phenomenon called The Coachella Effect.  This means that every LuLuLemon, Bluetooth, Moscow Mule millennial (and many Gen-Xers) migrate to the desert to watch bands lip sync and DJs waive their hands and press a button, while overreacting to watered down euphoric drugs like Molly. Molly … c’mon man.  Los Angeles becomes a douchebag-free zone for two refreshing and magical weekends in April. It’s heaven on earth. 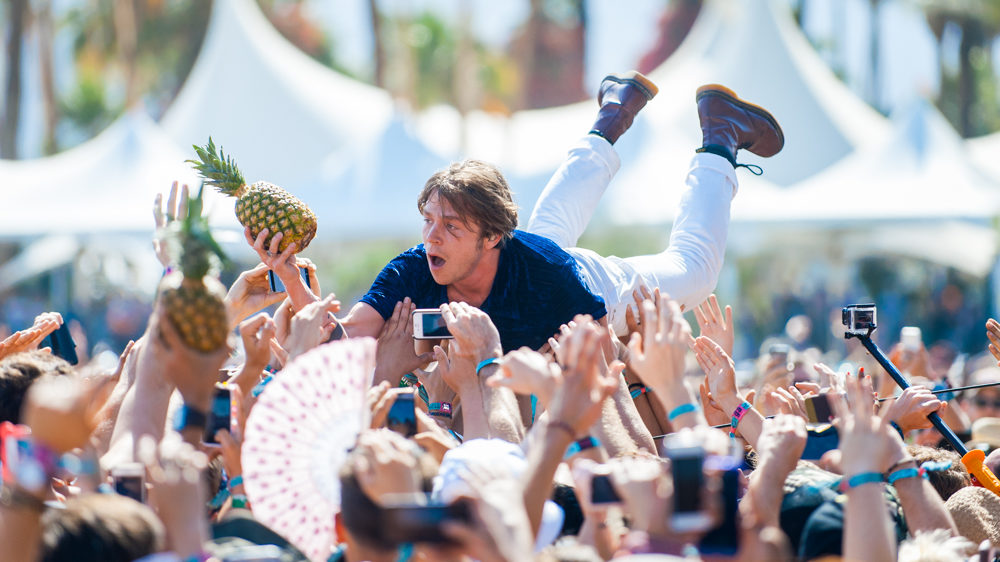 Let’s start with the beach, because that’s really where you should be when visiting Los Angeles.  I’ve never understood why people live in Los Angeles (you know who you are) and never, ever come to the beach.  You might as well live in Nevada if you don’t come to the beach or anywhere cheaper than LA.  I digress …  back to Electric Dipshit Butterfly Festival.

In April you can find parking at the beach.  You can cross the bike path without fear of being run over by a lazy millennial on his electric bicycle or skateboard, much too busy with his Go Pro and selfie stick to see you.  You can enjoy the beautiful beaches with your family and friends and listen to the surf without being interrupted by someone’s bluetooth speaker or four morons playing Spikeball.  You can go swimming or surfing without being slammed by (every guy who can’t surf) on a paddleboard. SUPleeeze!  It’s reassuring to see the gun control kids “Marching For Our Lives”, because it’s the back-end of the Millennial generation that is going to save us from the lazy, loud and rude front-end.  Think about it.  The 28 year old kids go to Coachella, 18 year old kids are marching on Washington and making public policy.

Back on point, after your amazing day at the beach you can easily walk one or two blocks to find an un-crowded open-air restaurant like Bungalow, The Venice Whaler or Shellback.  You can find a seat at the bar and perhaps play some Eagles, Allman Brothers or Social Distortion on the jukebox.  You can enjoy the nostalgia of a jukebox without being interrupted by some idiot with an app overriding your selections while he hides in the corner watching Game of Thrones on his oversized cellphone.  You will also enjoy tip top service from a happy barman, barmaid or server because they too will be in a great mood, for the same reasons you are. 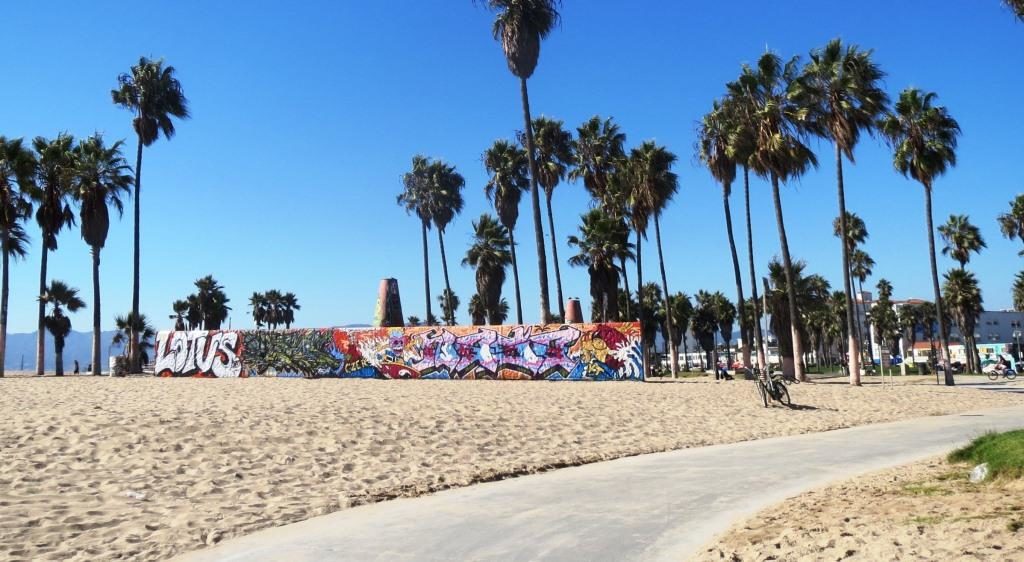 During this magical two weeks in April you can get a hotel room on Sunset Boulevard or Ocean Avenue without being extorted because they have too much inventory now that half the city has taken their glow sticks to the desert.  As dinner time approaches you will enjoy last minute reservations at all the restaurants you can’t typically stomach because of the line; restaurants like Gjelina, Boa & Scopa.  Trust me you will still be overcharged and want to get a pizza when you walk out, but at least you can get in the door to see what you are not missing.  You can enjoy your meal without sitting 12 inches from some kid taking photos of his food while snapfacing his friend on speakerphone. Seriously, when did manners become uncool?  After dinner you can go outside to enjoy a good ole fashion cigarette or cigar without having to sit through a tutorial about vaping from some chubby kid with a beard and a carpe diem tattoo.

Quite simply, Los Angeles in April is well mannered.  It’s reminiscent of the ancient times of 2008 before Apple and Samsung ruined a happy, respectful & curious society.  Maybe I’m getting old with a touch of ‘get off my lawn’ but the Coachella Effect in Los Angeles is real, and it gets better every year.  Come see for yourself, just don’t blog about it, it’s still a secret 🙂