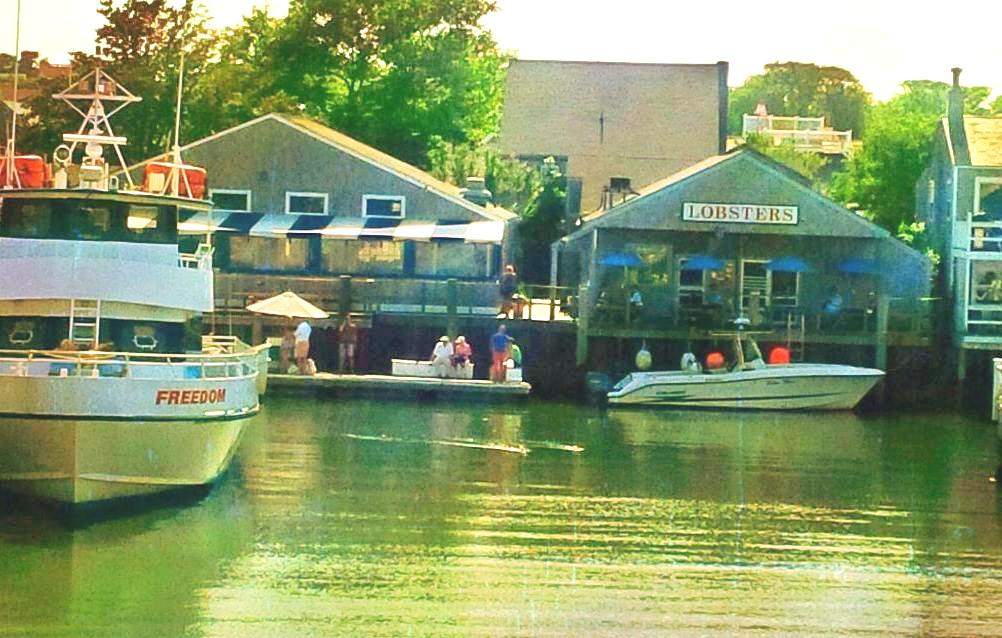 This month I had the pleasure of taking a trip to Nantucket, one of the two most popular island destinations off the coast of Cape Cod in Massachusetts, (Martha’s Vineyard the other).  Nantucket is old, like Christopher Columbus OLD.  First settled in the 1600s, it became a whaling village in the early 1800s and now is a summer destination for the rich & famous and many chowderheads from Boston looking to escape the summer heat in the city.

I hadn’t been to Nantucket in over a decade and many things have changed as much has stayed the same in this colonial, cobblestone town.  Spending your vacation on an island is always a different experience.  The further you get out to sea, the more loose, unique and fun the people and the experience will be.  Doing this in a historic New England town on an island adds a little more nostalgia and mystery (think Salem) to the experience.

Traveling to Nantucket is perhaps the biggest change I noticed.  Now the island allows jets to land at its airport, the same airport that was the inspiration for the 90’s hit television series Wings.  JetBlue flies directly from JFK several times per day.  You never used to see New Yorkers on the island, just Massholes and other New Englanders willing to put in a little more effort than those driving to Newport R.I. for the weekend.  Many of the people I met lived in Manhattan and preferred to take a flight out of JFK than brave the traffic out to the Hamptons.  New Yorkers are getting smart .. wicked smaht.  I experienced similar when trying to get there from Boston.  Because it is such a short distance there are not many flights and this was just fine with me.  I didn’t want to be locked into a time to leave, besides playing ferry roulette on your way back while sitting at a dockside bar is veteran move.  I rented a car and drove the 1.5 hours from Boston to Hyannis, a drive I did many times while growing up, besides I was on a literary soul vacation and in no hurry.  Paying $350 for a rental car that sat in a $20 per day lot on the mainland was not so exciting.

Once you get over to the Cape into Hyannis you have a choice, the High Speed Ferry (45 min), or the Traditional Ferry, a much larger ferry that takes two hours.  I’ve always been a Traditional Ferry guy.  There is no better way to spend two hours than riding on the top deck having a cold Budweiser like you are heading out to sea on the Andrea Gail.  In fact I was surprised to see a VIP Lounge, indoors with climate control and a doorman on my island vessel.  This looked more like the brig than a first class lounge – who wants to be inside on a gorgeous August day?  I took to my (free) bench, put my feet up on the rail and enjoyed watching Cape Cod’s beautiful coastline fade into our wake with my good Buddy Weiser. 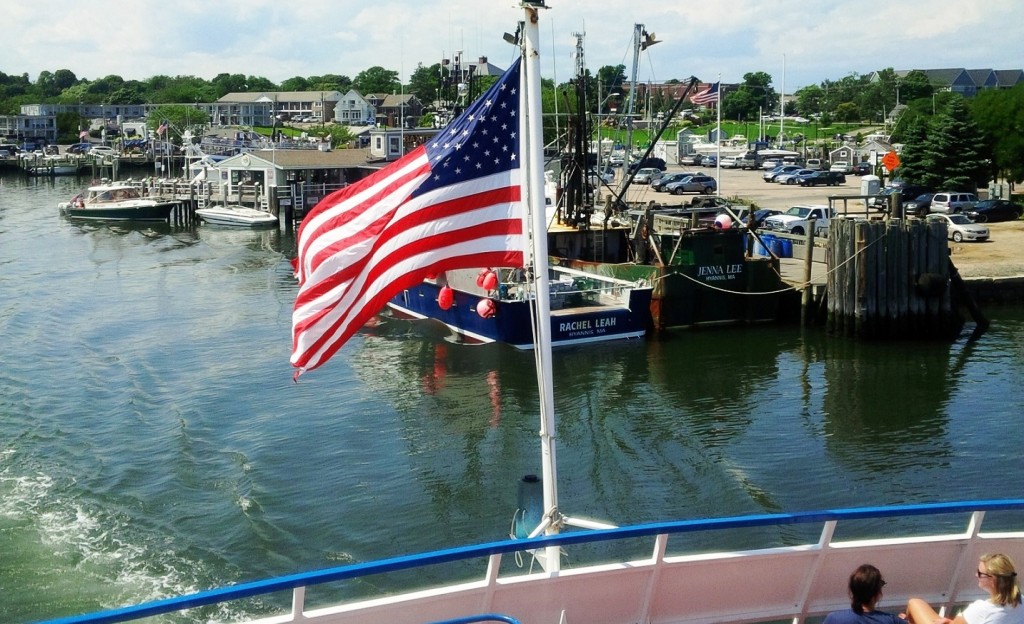 The other thing that has changed since I last visited Nantucket is the amount of high-end yachts parked in the harbor.  Pulling into Nantucket Harbor you would think you were pulling into Monaco.  They are all lined up, 100 footers with 4 floors, navigation equipment, staff and  smart cars  – wicked smaht cars.  It was quite a sight and made no difference to my experience or anyone else which was nice.  Once you step foot on the island we’re all the same and the uber rich are waiting for tables and drinks just like my middle class Boston Irish arse!  It’s actually the vibe that is the great equalizer and everyone gets it.  On Nantucket you exchange a glance, a nod or a soft hello to a passing stranger to say “Congratulations, you made it”.  This is the island mentality and culture that I referred to and often seek.  It’s the Northeast version of Aloha, or Pura Vida. 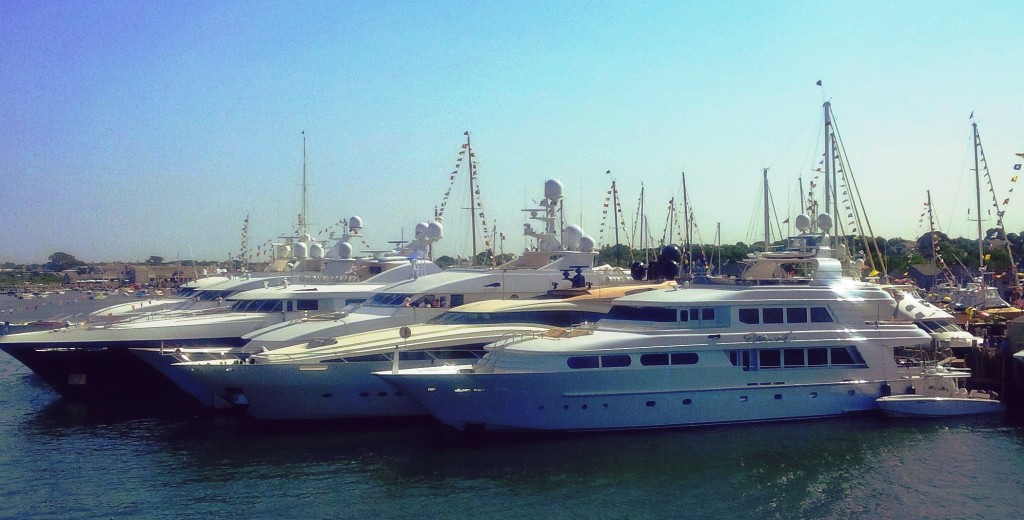 What I didn’t know about Nantucket was that there is decent surf.  I lived on Martha’s Vineyard in the nineties and it didn’t have nearly the quality of surf as Nantucket.  I was able to find waves each day at several beaches and everyone was surfing & swimming, beginners and experienced, often without lifeguards.  California should take note – there were no orange markers indicating where people could surf; there were no black ball flags indicating the water was too crowded and the beach was closed to surfers.   Everyone was out there like it was south side of the pier at Cocoa Beach – having a ball!   There were no incidents either, except one young lady who had too much Vodka Redbull and passed out in the sand.  (On a side note I was shocked how inexperienced the lifeguards were in dealing with this situation, and their lackadaisical effort to help.  The woman was stretchered off by paramedics and I assume was OK).  Another cool thing about the natural beaches on the east coast is that many allow you to park your trucks and jeeps on the sand and set up camp in front of them.  This is pretty cool and super convenient. You can sit on the tailgate, have a cold one and watch the planes come in for a landing about 50 feet over your head – very cool!

After a day of surf and sun everyone heads to the brewery.  This is not your typical, indoor, beer hop smelling city brewery.  The Cisco Brewery looks more like a scene from Field Of Dreams than a winery & brewery.   It’s literally in the middle of a field, you even park in a field and walk 100 yards to a road leading up to a circle of barns with a bunch of picnic tables in the middle and a band playing!  Kids and adults are welcome and contribute to the vibe.  Each barn offers something different, wine, beer, vodka and fresh seafood – all made locally.  You get your grub and your grog, find a seat to listen to some Island Americana music and chat it up with the ladies you met last night at the pub … and the night before.  Good Times are had at Cisco Brewery – no person of any age will dispute that. 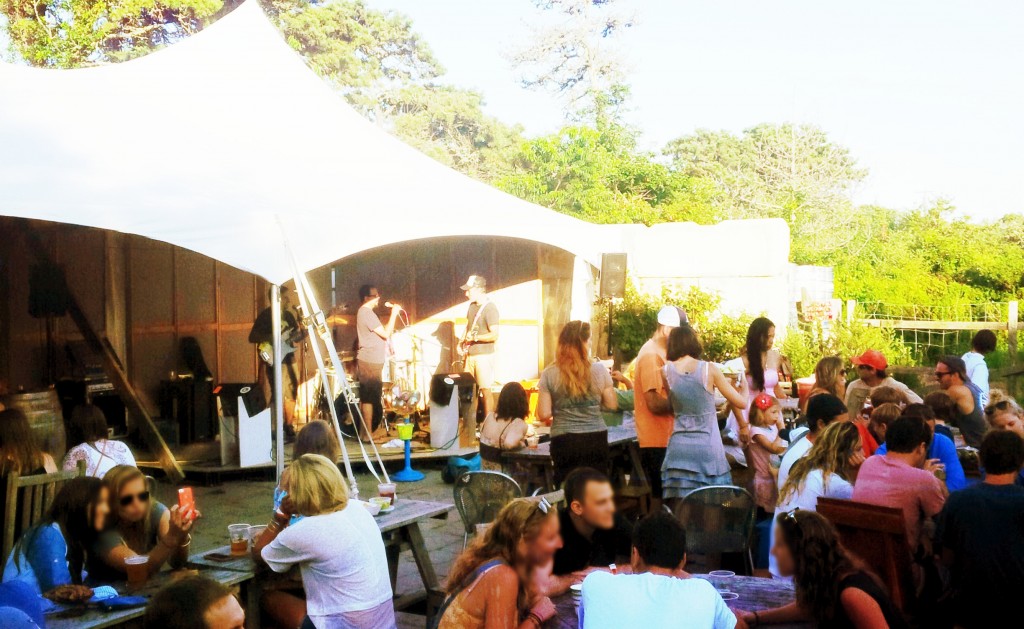 After heading home for an outdoor shower, it’s time for din din.  Walking through downtown Nantucket to dinner is surreal, the lighting, air, streets and people come together like a Miles Davis jazz ensemble, and you’re in the quartet.  The sun is setting and the lights are turning up on the cobblestone streets and 17th century brick buildings.  Friendlies are enjoying wine on the dockside restaurants and boats.  There is genuine excitement in the air.  In California there are too many nights like that so they are taken for granted.  Not on the East Coast – it’s an event.  The ladies get all dolled up, and the men don their lobster belts and pastel shirts.  There is nothing like the summer enthusiasm in the Northeast.  These folks have endured a long winter and possibly another month of sweltering summer heat.  So to be walking to dinner on an island, their island, in a summer dress and wedges (no heels – cobblestones) is heaven.  Nice job ladies, it’s definitely appreciated by all and keeps the men behaved. 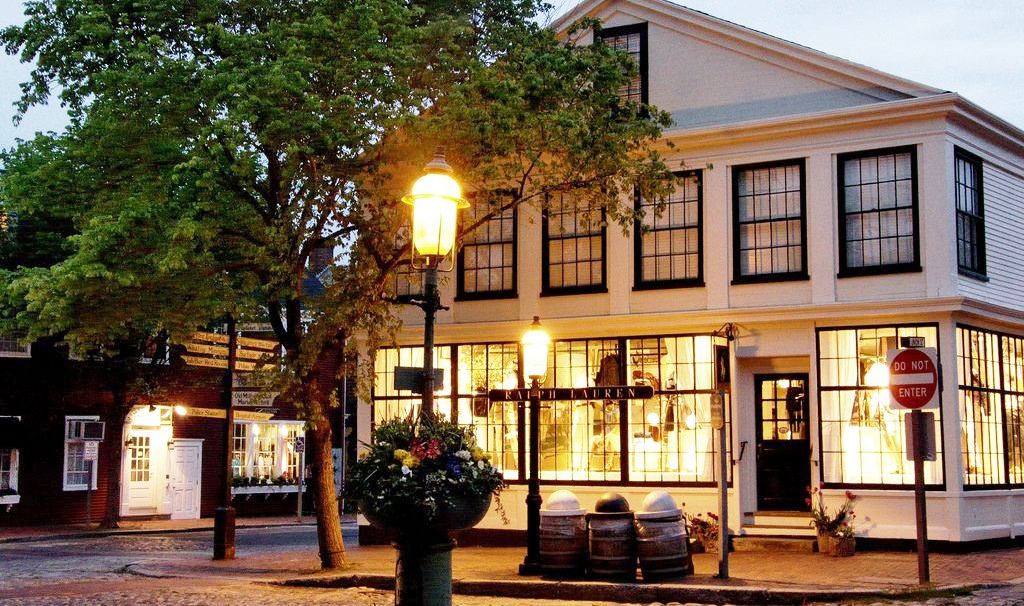 I will never be a food critic, its silly.  I assume the food will be fit to eat as my Nonni used to say especially if I’m paying north of $30 per plate.  I am an atmosphere critic however.  You must have great lighting, airflow, sound and service to make for a good dinner.  All the restaurants I had the pleasure of visiting hit on all cylinders.  They were – The Proprietors, Ventuna & my favorite CRU, an open air restaurant at the end of the wharf, right in front of the massive yachts.  It has two bars, surrounded by water on two sides and is a popular nightlife destination as well.  CRU is a great place to have a drink ANY time of the day.  While at Ventuna I caught a glimpse of Robert Kraft enjoying adult beverages with Wyc Grousback, owner of the Celtics one night.  Nobody noticed or even cared – Southern California is similar in that respect, but for different reasons.

After dinner there are several spots to hit before last call, playing music after 1am.  You will have to sniff them out on your own.  The spot I enjoyed had a very small bar and I would hate to not get my corner barstool which was Oh So very good to me.

That’s a wrap for Nantucket .. Thanks For Reading! 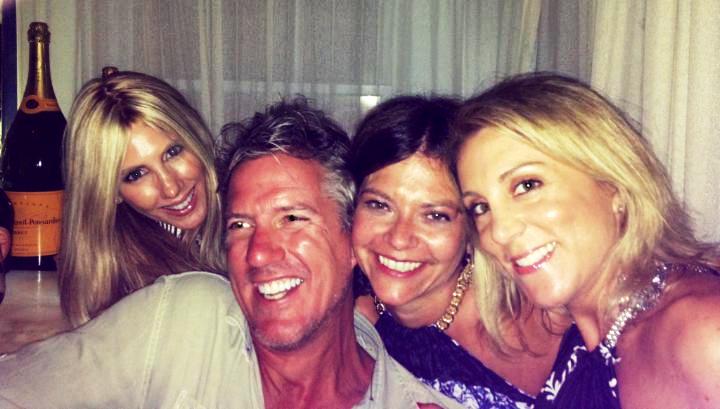