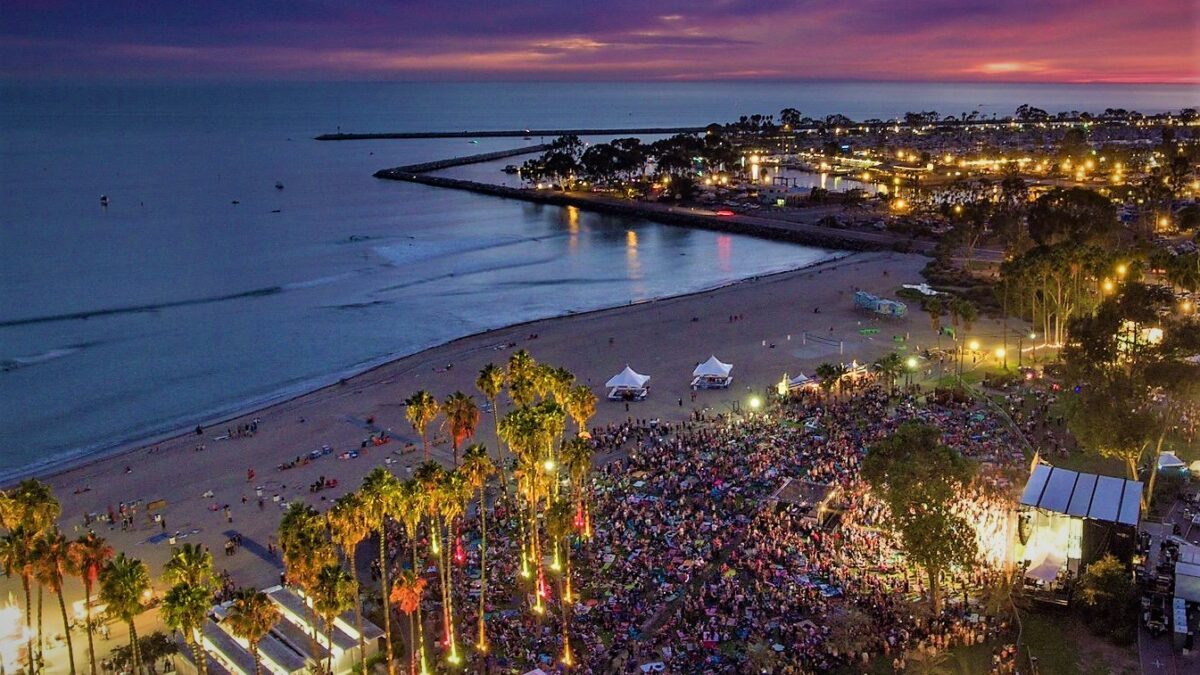 This past weekend The Rugged Male team was invited to attend Eddie Vedder’s Ohana Festival in Dana Point, California.  We decided to add to the adventure by riding down to south Orange County in the Cuttyhunk – my 1988 Tiara, a 31-foot cabin cruiser with two engines that often have problems.  After all, it’s not an adventure until something goes wrong, as Yvon Chouinard, (Patagonia founder) says.

We were able to reserve a guest slip in Dana Point harbor for the weekend, which was awesome!  Most harbors make their guests tie up to a mooring which makes things more difficult.  Our slip was right near the bathrooms/showers and a little coffee shop – perfect. None of us were interested in the day time bands so The Cuttyhunk served as a great happy hour spot each day before we walked down to the concert.  Not that we were music snobs and poo-pooing the supporting acts.  There were no ins-ad-outs and spending more than a 4 hours at a concert …  well, lets just say those days are behind us.

The Ohana Festival could be California’s coolest music festival. It happens during what we call Local’s Summer, that magical time in SoCal after Labor Day when all the tourists leave and it’s still 75 degrees, sunny & peaceful.  Eddie Vedder’s annual beachside concert sits among a row of tall palm trees between the quaint Dana Point Harbor and Doheny State Park. On Friday night Eddie informed the crowd of 15,000 that this place holds a special place in his heart as he learned to surf here many years ago.

Each year Eddie taps some of his friends, the biggest names in music, to close out the summer in Doheny State Park. Every artist that took the stage consistently thanked Vedder for his invitation and showed genuine excitement to perform.  The vibe is not only contagious among the crowd but also the musicians. This year’s lineup included electrifying performances from Stevie Nicks, Jack White, P!NK, Brittany Howard (Alabama Shakes), St. Vincent and Eddies own jam band,  The Earthlings.

The Earthlings are not a jam band however,  more of a supergroup, consisting of drummer Chad Smith (Red Hot Chili Peppers), keyboardist/guitarist Josh Klinghoffer (who has performed with both Pearl Jam and RHCP), bassist Chris Chaney (Jane’s Addiction), and guitarist Andrew Watt, who produced The Earthlings album and will do the same for Pearl Jam’s next album.

The Ohana runs so smooth, like a longboarder on a point break. When one band ends their performance, the next artist is up on the other stage within a few minutes. Then each night around 7pm, fans get a one hour break to stretch their legs, eat & hydrate before the headliners take the stage.

In today’s era of pricey fan experiences and corporate sponsorships, the Ohana offered a unique gift to the average fans in attendance. The entire area directly in front of the stage was reserved for General Admission tickets.  VIP guests who wanted to get close to the stage had to mosh it up with the GA fans.  This, I’m sure, was Eddie’s idea and a great one.

Here is a Recap of Day One at The Ohana Festival

Throughout the weekend there were numerous tributes to Tom Petty on the five year anniversary of his passing.  At one point Eddie declared, “It’s turning into a Tom-fest this weekend, and I couldn’t be happier about it”.

On Friday night Eddie joined Stevie Nicks on stage to perform “Stop Draggin’ My Heart Around” and later covered Petty’s “Free Fallin”.  Eddie later told the crowd on the second night that he was driving his wife crazy because he couldn’t sleep after the show.  He was so amped up about singing with Stevie and saluting his old pal Tom Petty. Stevie’s voice should be admitted to the Smithsonian. Everyone in attendance, from the folks in front of the stage to the 400 people listening for free on the beach, all commented about how little her voice has changed in 40 years.  She took the crowd on a wonderful journey through her entire career sharing great stories from the 70s in between multi-generational hits like “Gold Dust Woman”, “Landslide”, Edge of Seventeen” and her latest single, a cover of Buffalo Springfield’s “For What It’s Worth”.

After the show we headed back to the Cuttyhunk for a nightcap. The guest slips are at the completely opposite end of the harbor a little over a mile walk to the north. We enjoyed it each night.  It was nice to get in a little exercise on a somewhat boozy weekend. It also served as a sleep aid which is often needed when boat camping.

Saturday was a beautiful day. It was so nice to wake up with clean bathrooms & showers right there at the end of our dock.  More importantly a coffee shop also right there.  Well coffee shop is a stretch.  Captain Dave’s books dolphin and whale watching tours.  They have a great spot above the bathrooms overlooking the harbor.   More importantly they have a Keurig machine, some breakfast snacks and tables for the guest dockers to enjoy – sailors delight! 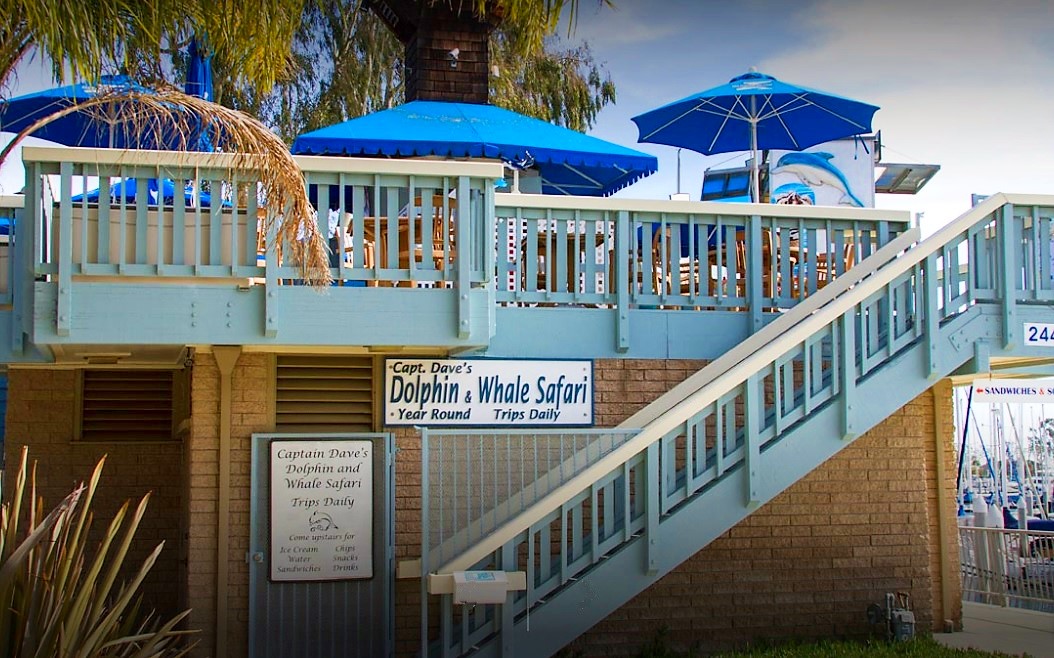 We fueled up with some java and went for a stroll around the harbor and found a little sandy beach, another gem in Dana Point harbor.  Thankfully all I brought was bathing suits so I was already suited up for a morning swim to shake the tequila off.  Water was around 68-70, not bad at all.

When I emerged from my dip, my phone rang and it was Stevie Nicks long time manager, a friend of mine whom I texted the night before asking if he was at the show.  He attended the show but headed back to LA immediately after.  Stevie had dedicated Landslide to his daughter during her performance – very cool!  What a dummy I was (called) for not connecting with him before Friday night. 🤦‍♂️

Saturday was more of the same – drinks & music on the boat all day.  We also had a cool boat next to us; two young hippie couples on an old sailboat playing ukulele to add to our chill Ohana vibe.  Then around sunset we started making our way down to the festival.  Tonight was Jack White and Eddie Vedder’s Earthlings.  Not having been to the Ohana before, I thought Eddie would be playing more of his folk solo career songs.  I was not aware he had a full band (the Earthlings) that just released an album with two members of RHCP in the band.  Again, what a dummy.

To my defense I was hustling to fix an issue with our starboard engine for the entire month of September. I didn’t have much time to think about the concert.  I was more concerned with IF we were going make it and then getting everyone there safely. Its a two hour boat ride down the coast, about 35 nautical miles.

On our mile walk to the show, I ran into my old friend Huck up from San Diego.  I went to college with his older brother. Huck has been like family for decades or ohana is another word. He was celebrating his 18th wedding anniversary with his wife.  That right there describes the vibe at the Ohana Festival, cool enough for a wedding anniversary – wife approved. 🙂

Jack White was just getting up on stage when we arrived.  He took a rock-n-roll thirsty crowd through a journey of his 20 year career with songs from the White Stripes, The Raconteurs, and his solo work.  Like myself, I’m sure most attendees hadn’t seen Jack White perform and shared the same curiosity & enthusiasm as me.  From the first guitar lick White reminded the crowd that garage-punk is filthy and fun.  Jack White is a generational talent and and exhilarating showman.  Dressed in a black & white tiger striped shirt (duh) and blue hair he starts each song almost solo. He stomps around the stage with his guitar working the crowd up to a fever before his band arrives with an icky thump of bass and smashing symbols.

His set list included “Fell in Love With a Girl”, “Dead Leaves & The Dirty Ground” & “Steady As She Goes”.  Then a massive white tiger appears on the screen behind him stalking and walking toward the audience as white lays down the opening beats to “Seven Nation Army”.  The crowd explodes and later offers backing vocals to the chorus.  This video from Dana Point Harbor captures it best.  Well done Mr. White. Bravo! Bravo!

Eddie Vedder clearly had a tough act to follow but he had plenty of fire power. The Earthlings came out strong with Pearl Jam’s “Rearview Mirror”.  It was so cool to see Chad Smith from the Chili Peppers banging away in the background with his signature backwards LA Dodgers hat on.  Eddie’s voice was like it always is … iconic.

Early in the set guitarist Mike Campbell joined the band for covers of Tom Petty’s “Room at the Top” and “The Waiting.” Eddie talked about his friendship with Tom who passed away almost exactly 5 years ago from this night.  He urged the crowd to enjoy life and be kind to one another and the planet.  His inspiring and emotional words came off with complete authenticity and the crowd responded.  This after all was Eddie’s vision for the Ohana Festival.

The set continued with songs from The Earthlings album, an amazing cover of The Who’s “Im One”, Pearl Jam’s “Porch” & “Isnt it a Pity” by George Harrison.  Perhaps the showstopper and surprise of the evening was Andrew Watt channeling the late Chris Cornell as he sang “Hunger Strike” with Eddie and the 15,000 backing vocalists. Absolutely a goosebump, hair raising experience for everyone in attendance.   Well f*ckin done Andrew Watt, not easy shoes to fill and you left the blood on the table.   This video from Todd Norris captures it best.  Watch as Eddie takes a swig of red wine …  the plight of an aging rocker. 🤘

Because of the long boat ride back to LA, we were up at the crack of dawn and on the seas so we missed Sunday Nights lineup.

I don’t know if younger generations know who Eddie Vedder or Pearl Jam is, but I’m certainly thrilled to have watched this man’s career from the beginning.  He is a talented musician who has always maintained a high degree of integrity and respect.  He salutes the greats that came before him, supports his peers and provides opportunities for the up and comers.  You cant help but think about his early friendships with people like Neil Young, Tom Petty & Sean Penn.

Eddie wants to make the Ohana Festival a meaningful experience for conscious folks.  There booths set up for Planned Parenthood, Ocean Conservation, Gun Reform and Voter Registration.  There were discussion stages with speakers like Captain Paul Watson, Commander and founder of the Sea Shepherd (so dope!), surfer Greg Long and National Geographic Explorer Sylvia Earle.

The Ohana’s goodwill can also be seen in the incredibly diverse lineup representing a wide range of musical talent, origins, races & gender. There was an incredible amount of women performers throughout the weekend with Stevie Nicks, Pink, St. Vincent & Brittany Howard all sharing headliner spots.   Eddie is good people, real good people.  I can only hope today’s younger generation take the time to learn about the amazing man that Eddie Vedder has become.  The world would undoubtedly be a better place with more folks like him in it. Attending an artist-run festival was a first for me and certainly not the last.  You can’t help but notice the difference in a festival where revenue is not the primary goal.  Mahalo Eddie, Mahalo.

On the boat ride home we picked up some escorts.