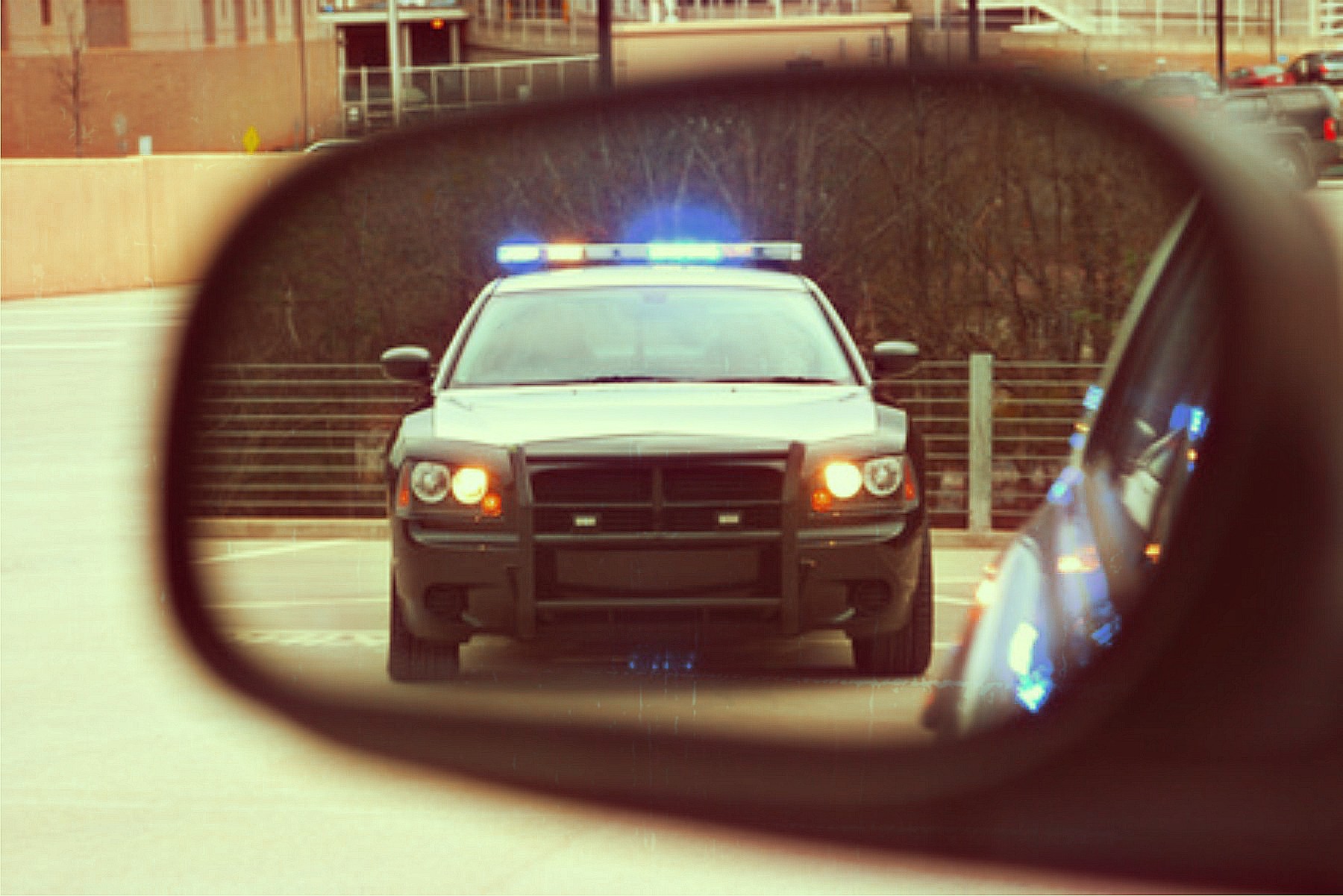 Had A Few Drinks and You’re Being Pulled Over

You are driving home, feeling quite the bad ass. Dinner with friends was awesome and the drinks flowed at an official pace. You were smart and limited your intake to three over a couple hours, after all, you were driving.  But the invite list also included a divine redhead who was glamored by your animal magnetism, and your verbal was critical.  You can’t wait to get home to conjure up the mental selfies you were taking of her all evening.

Suddenly, the blue and reds of Officer Friendly’s rooftop Christmas display light up and the dreaded klaxons blare, announcing his arrival with enthusiasm reminiscent of a familiar movie scene, except you’re one of the villagers.

What to do, what to do?  You can’t help but get nervous after a couple of dinner drinks when Johnny Law comes knocking.  If you can man up and follow these tips you will give him no reason to detain you, unless of course you are drunk, then you deserve the inevitable. 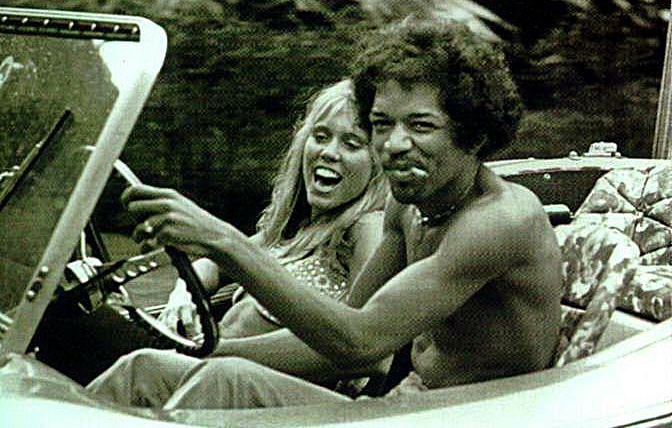 2. Keep calm and carry on
If you’ve been pulled over for a routine traffic violation don’t give Officer Friendly any more reason to hassle you.  You have been detained, and your goal is to get past this harrowing experience as painlessly as possible.  Pull over as safely as possible and turn on your hazards.

3.  Roll down your window 2-3 inches
Any further and you’re basically inviting Officer Friendly to lean in and take a deep sniff of your environment, whether it be a slight smell of whiskey or the strong smell of breath mints. You don’t want to volunteer any information here, stay focused on why you were detained.

4.  Hands on the Wheel
Officer Friendly doesn’t know if you’re Pope Francis or a hit man for the Sinaloa cartel so don’t make any sudden moves or reach into your glove compartment. You’re just reaching for your registration and proof of insurance, but OF may think you are reaching for your SIG 228 and might get all Zimmerman on your ass.

5. Shut the F Up
Once OF approaches your window, he will ask for your driver’s license, registration and proof of insurance. You are required to provide this as part of your tenant agreement with the United States.

Officer Friendly is also going to take advantage of the fact that you are likely flustered by his omnipotence and ask you additional questions to determine if you are driving under the influence.  Guess what brainiac?  Slurred speech is one of the easiest ways, so zip it.  [Now if you were pulled over for swerving, running red lights, etc. and you are over the legal limit.  Then you deserve to spend the night in the clink – cooperate.]

6. You Made It To The Second Round
Unlike life elsewhere, if you fail the first interview here you are moved on to the second round – The Field Sobriety Test (FST).  These are administered by a police officer to see if you should be arrested.

Have you heard that these are completely voluntary if you are over 21?  Allow me to repeat myself cuz it’s melodious to my own ears:  YOU HAVE THE RIGHT TO REFUSE A FIELD SOBRIETY TEST AND YOU CANNOT BE ARRESTED OR GET IN TROUBLE FOR REFUSING TO TAKE THE TEST.

OF is obviously not going to be happy with you politely refusing the FST but he has probably already decided whether or not to haul your ass in. By refusing the FST, you protect yourself from any negative results stemming from your gangly gyrations or utter lack of neuro-muscular cohesion.

7.  Give you a blow, Officer? No, thanks.
So you were Rugged enough to remember that FSTs are voluntary. Next up is the Preliminary Alcohol Screening (PAS) test, which is administered roadside using a handheld Breathalyzer designed to measure your blood alcohol content (BAC).  If you are over 21 you also have the right to refuse the PAS.

Why do you have the right to refuse the FST and PAS tests?  These are known as “preliminary screening” tests which are conducted to see if you should be ARRESTED and will be used as evidence against you.  Under the 5th amendment you have the constitutional right to not fry your own ass.  The Rugged reality is that if you made it this far, your ass is being hauled in any way.

8.  Book Em Dano!
Unceremoniously, you will be asked to turn around and put your hands behind your back.  You will then be handcuffed. Do not resist. It can only add to your suffering through additional charges.  You will then be read your Miranda rights and chauffeured to a really lame after party.  Once arrested, you WILL have to submit to a blood, breath or urine sample.

9.  Molly & Mary Jane
The blood alcohol test is the most accurate and should be used if you are confident you are clean.  However, if you’ve been rolling with Molly or hanging with Mary Jane, this will also show up on the blood test so proceed with caution.

If you’re a wuss and are afraid of needles or if you think you might be skirting the legal limit, a station-operated Breathalyzer is probably your best bet.  It’s more accurate than the field Breathalyzer but less accurate than blood or urine tests.

At the end of the day, you will have to choose one of the three options, so choose the option that would provide the least amount of evidence against you. If you refuse to submit to any of these tests, your license will be suspended for a minimum of 1 year and you will be subject to enhanced penalties (fines/jail times).  The prosecution will also use your refusal to argue that you knew your (dumb) ass was drunk.

10.   The Aftermath.
If this tragic episode is your first breach of the DUI laws and nobody was injured (and you are not a felon) you will likely be processed and released on your own recognizance without a need to post bail. Once sprung from the joint, the cops are going to give you a temporary driver license since your license was confiscated as part of their cover charge.

At the end of the day there’s only one right answer. Call Uber, your girlfriend, your mistress, your mother – Anyone!  If you think you have had too much to drink save yourself (and more importantly, others) a shitload of grief.  You will never regret the $50 you spent on a cab ride the next morning.  Don’t Drink and Drive.  It shows your ignorance and you will never land Miss Redhead from the dinner party.  You might also spill your drink.

This article is for informational purposes only and should not be considered legal advice. It comes from our Rugged Legal Analyst – El Consigliere, who once negotiated the release of a misguided compadre during a bachelor party in Cabo.  You should contact an attorney to obtain advice specific to your individual circumstances